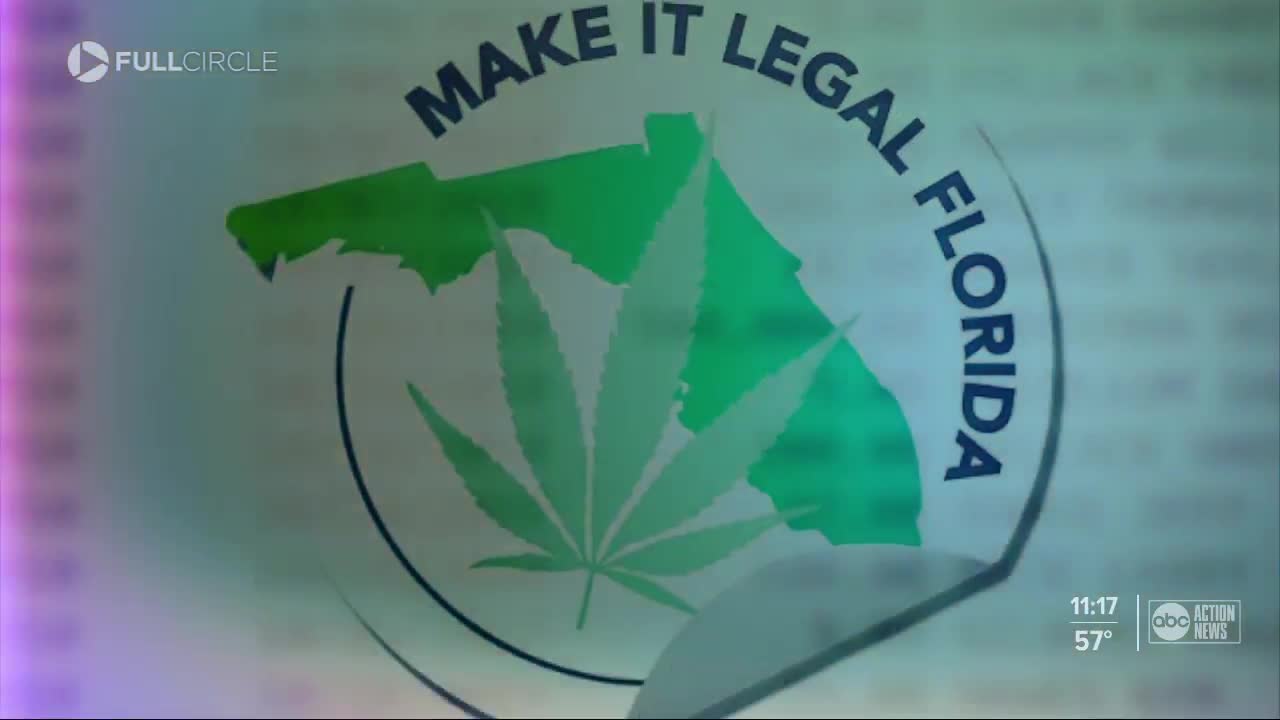 As the push to legalize recreational marijuana grows, I-Team Investigator Kylie McGivern found millions of dollars being pumped into campaigns before the question even lands on the ballot. 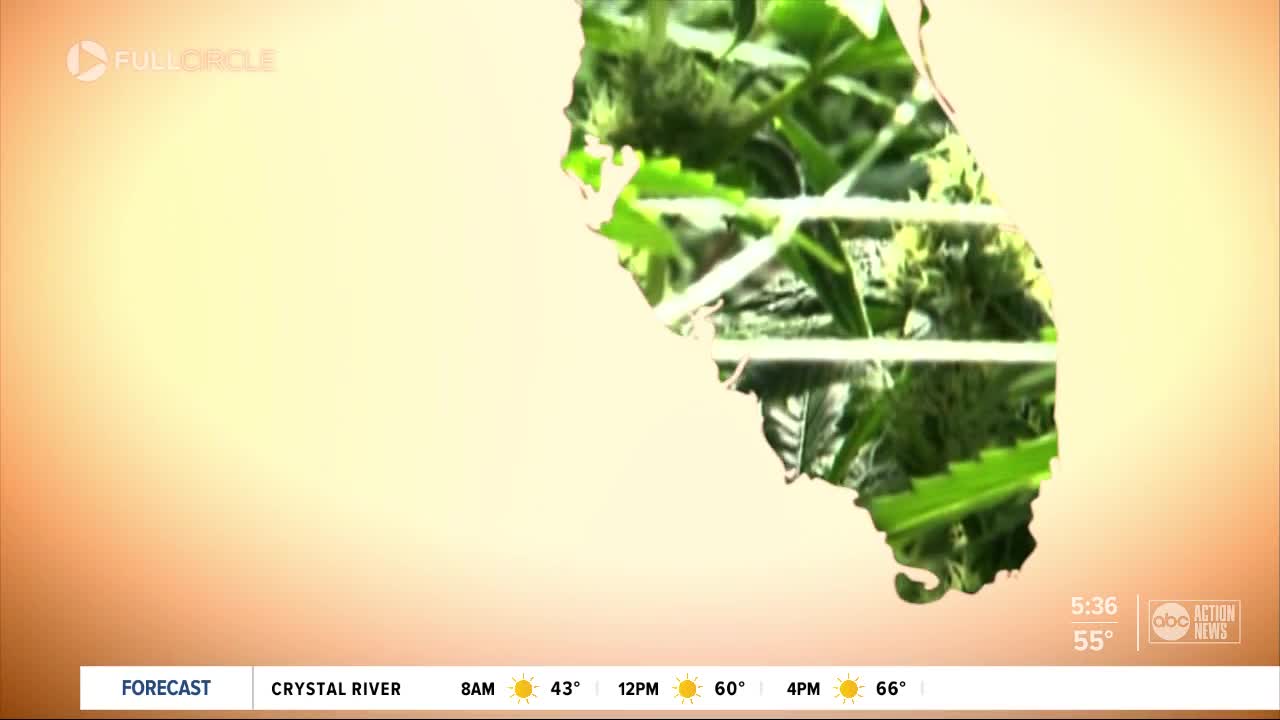 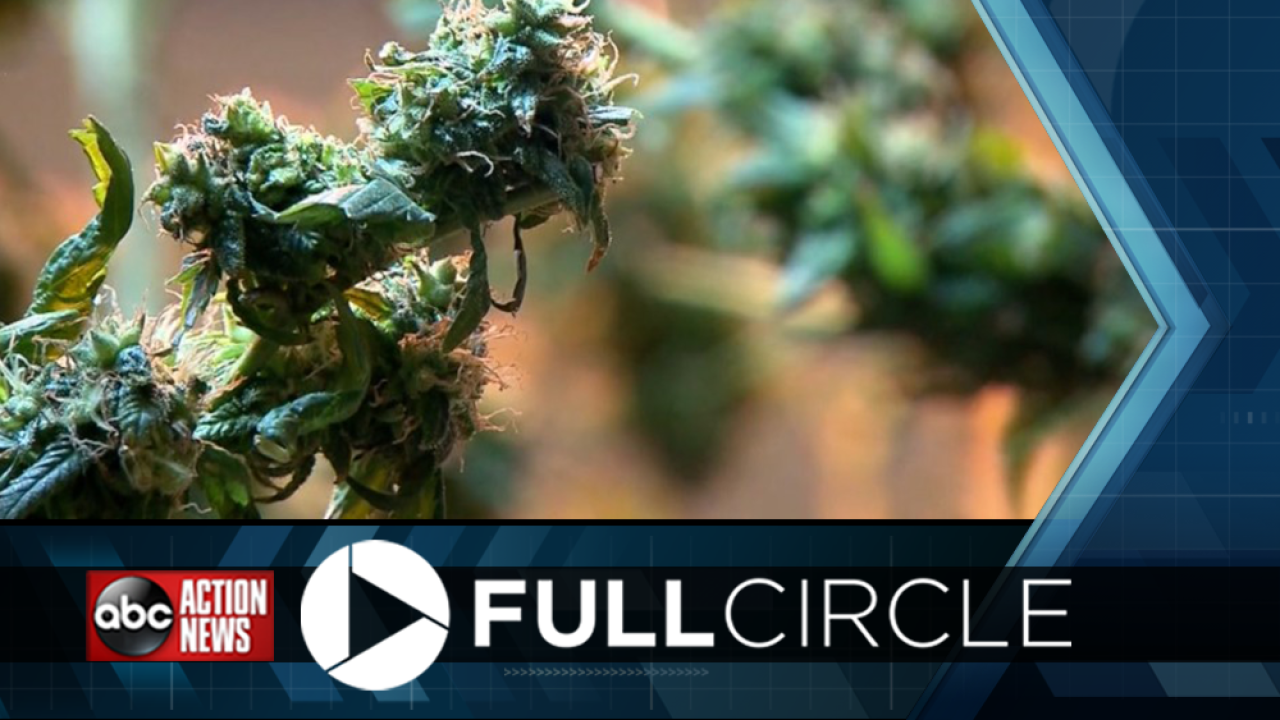 TAMPA, Fla. — As the push to legalize recreational marijuana grows, I-Team Investigator Kylie McGivern found millions of dollars being pumped into campaigns before the question even lands on the ballot.

“We have petitions out there that are sponsored by corporate greed and only trying to get certain people into the cannabis business,” said Carlos Hermida of Chillum, Tampa’s first CBD dispensary.

Hermida supported a ballot initiative by a political committee known as Regulate Florida, which wants to regulate marijuana similar to alcohol and allow users to grow their own pot.

Hermida’s dig against “corporate greed” is aimed at another proposal by a political committee called Make It Legal Florida, which only wants recreational pot legalized if it’s sold through medical marijuana dispensaries.

That proposal is backed by two medical marijuana giants — Surterra Wellness and MedMen.

“I think every medical marijuana treatment center sees the opportunity here,” said Nick Hansen, a lobbyist for MedMen and chairman of Make It Legal Florida.

When asked to respond to critics accusing his company of wanting to control the recreational market, Hansen said, “At the end of the day, there are 22 license holders today in the state of Florida. There’s a law that’s put forth by the legislature that could add on new licensees to apply as we grow in patient count.”

The I-Team found Regulate Florida collected $467,000 in campaign cash and contributions as of the end of November. By comparison, Make It Legal Florida has taken in an average of a million dollars a month since it launched in August.

“We have over 1,000 people out there collecting signatures – 40 different offices across the state,” said Hansen. “We send direct mail to people with petitions to send back to us. We do everything possible to make the access easy for them and even with that, you’re talking about multiple of millions of dollars just to get it on the ballot.”

Both Make It Legal Florida and Regulate Florida collected the number of verified voter signatures to trigger a Florida Supreme Court review. But, beyond getting the Supreme Court to green light the wording, the political committees needed to submit 766,200 valid petition signatures to the state by a Feb. 1 deadline in order to put the issue to voters.

In December, Regulate Florida ditched its campaign efforts. And Make It Legal Florida filed a lawsuit on Dec. 31 against the state, to extend the deadline.

Regulate Florida informed supporters they do not have the 766,200 verified signatures needed to qualify for the ballot in 2020.

All signatures need to be verified by the various supervisors of elections by February 1st, which means they must be submitted by January 1st at the latest. The sad reality is that we are not going to be able to meet that deadline.

Make It Legal Florida filed a lawsuit seeking more time to gather voter signatures for its 2020 ballot question. The group calls Florida's rules unconstitutional because signatures must be submitted a month before the actual deadline. The lawsuit states, because supervisors of elections must verify the signatures within 30 days after they receive the petition firms, this creates “a stealth deadline of January 2, 2020.”

Hansen told the I-Team they're pushing for the state to count every signed petition.

“Our request is that Florida’s Secretary of State, who has worked hard to ensure processes and rules are followed to the letter, count every signed petition submitted by Jan. 31 toward the 2020 ballot, regardless of when it’s validated. Florida voters deserve to have their voices heard and we remain confident that they will have the opportunity to vote on adult-use cannabis in the fall,” said Hansen.

Attorney General Ashley Moody challenged both ballot initiatives, saying in a petition that using and possessing marijuana is still a crime under federal law.

Moody said in a statement in response to Make It Legal Florida:

This initiative suggests to voters that their vote will allow for conduct that will remain illegal with significant penalties.

But, if legalizing pot does end up on the 2020 ballot, it already seems to have some support.

A recent poll from the University of North Florida poll revealed 64 percent of all Florida voters – Democrats, Republicans and Independents – are in favor of legalized pot.

But a newly formed political committee called Floridians Against Recreational Marijuana is hoping to change that. The group has no money in its campaign war chest. Not yet.

Swensen said before they start raising the dollars they'll need from the business community, anti-drug coalitions and people representing medical marijuana, "right now, we are in the wait and see mode. We're waiting to see if they end up making it onto the ballot."

But the campaign has already received backing from the Coalition for Medical Cannabis, a Washington, D.C. based group pushing pot only for medicinal use.

'The laws need to be changed'

Tampa native Christopher Cano said he was busy building a bright future before he was arrested for felony marijuana possession in 2014.

He attended the U.S. Air Force Academy, earned a master’s degree from the University of South Florida and ran for state representative.

“Doing all the necessary things to build a future for myself,” said Cano.

But Cano said his future was put in jeopardy after police pulled him over as he was driving home with marijuana – something he said helped his dying father, who was diagnosed with dementia.

“It impacted my life financially,” said Cano. “Right off the bat, just $1,000 to get my car out of the impound and another $5,000 for the attorney and then several thousand dollars for the probation and rehabilitation fees.”

That’s why Cano said he’s backing the push to legalize recreational marijuana in Florida and prevent arrests like his.

Cano, who is also the executive director of a local chapter of the National Organization for the Reform of Marijuana Laws, said he believes it’s time for Florida to join the 11 other states that have legalized recreational use.

“These laws need to be changed because it’s not right,” said Cano.

'Low-level marijuana cases have never been a priority'

The I-Team found that some Florida prosecutors have already stopped prioritizing marijuana arrests.

“Low-level marijuana cases have never been a priority for me or my administration and our law enforcement partners share that outlook,” said Hillsborough County State Attorney Andrew Warren.

In September, Warren sent a memo to his assistant state attorneys saying the office “will not file charges nor prosecute any cannabis case with an offense date on or after July 1, 2019” without proof the substance is illegal marijuana, and not legal hemp.

Hemp looks and smells like marijuana, but has a THC concentration of less than or equal to 0.3% – not enough to get high.

“In the context of marijuana, we’re focused on the trafficking cases, the network distribution cases, the violence that surrounds the drug trade,” said Warren. “As a prosecutor, as a father, I’m far more concerned about someone who illegally has a gun in their pocket than a joint in their pocket.”

But Governor Ron DeSantis, a former prosecutor, is against recreational marijuana in Florida.

In June, DeSantis told Capitol News Service in an interview:

Not while I’m governor. I mean look, when that is introduced with teenagers and young people, I think it has a really detrimental effect to their well-being and their maturity.

Ellen Snelling of the Hillsborough County Anti-Drug Alliance said her fight against legalization is personal.

“I have a daughter in recovery,” said Snelling.

Snelling blames marijuana for the start of her daughter’s addiction trouble in high school.

“It only got worse and she went onto cocaine, GHB, pills, LSD,” said Snelling. “It’s scary to me because I really think it would be a terrible thing for our state and for our children and families.”

Jay Wolfson, a public health professor at University of South Florida, says marijuana is a cash cow for states where it’s legal.

“Those states have accumulated lots of money from the taxes that they’ve acquired from the sale of legalized marijuana,” said Wolfson.

But Wolfson also cautions there could be unintended consequences to becoming one of the next states to legalize recreational weed.

“How much of an affect will it have on you functionally?” said Wolfson. “We’re learning about those things and from a public safety, public health and public policy perspective, we need to answer those questions before recreational marijuana is done in Florida.”