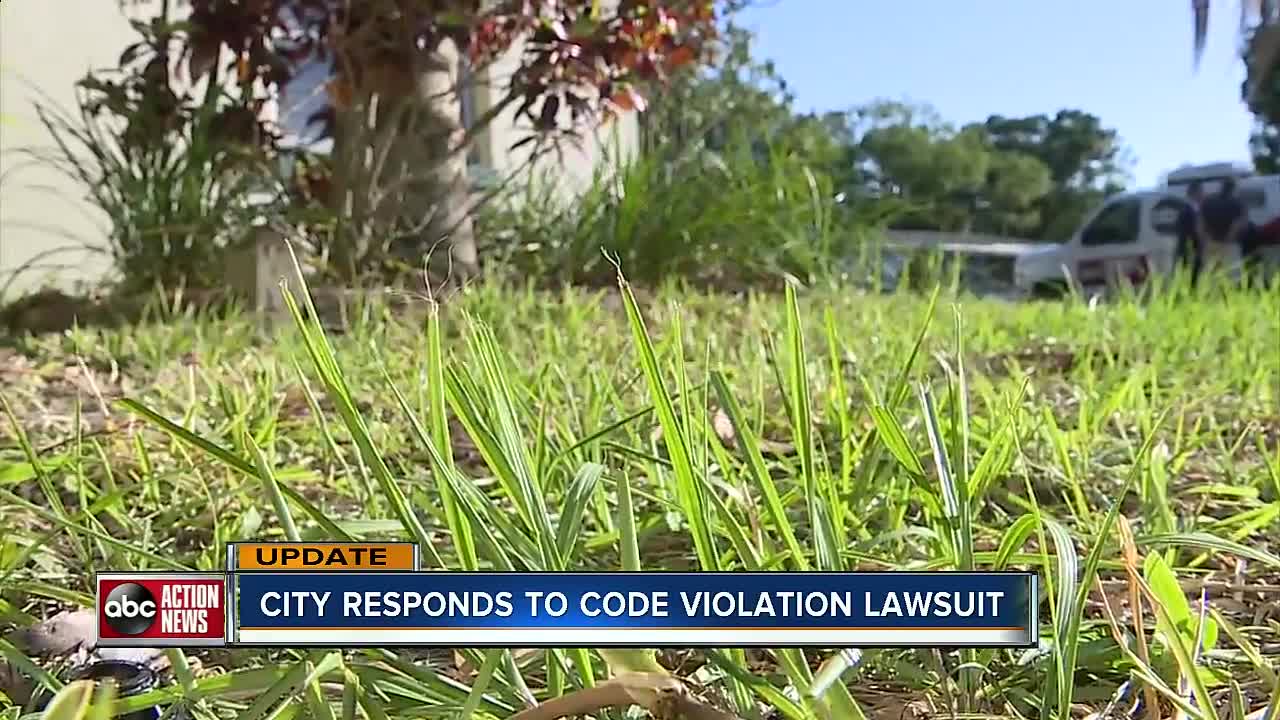 The City of Dunedin responded to a lawsuit on Monday that ABC Action News first reported on in May. The suit has since gained national attention and challenges what the non-profit Institute for Justice calls "exorbitant fines" on its citizens for code violations. 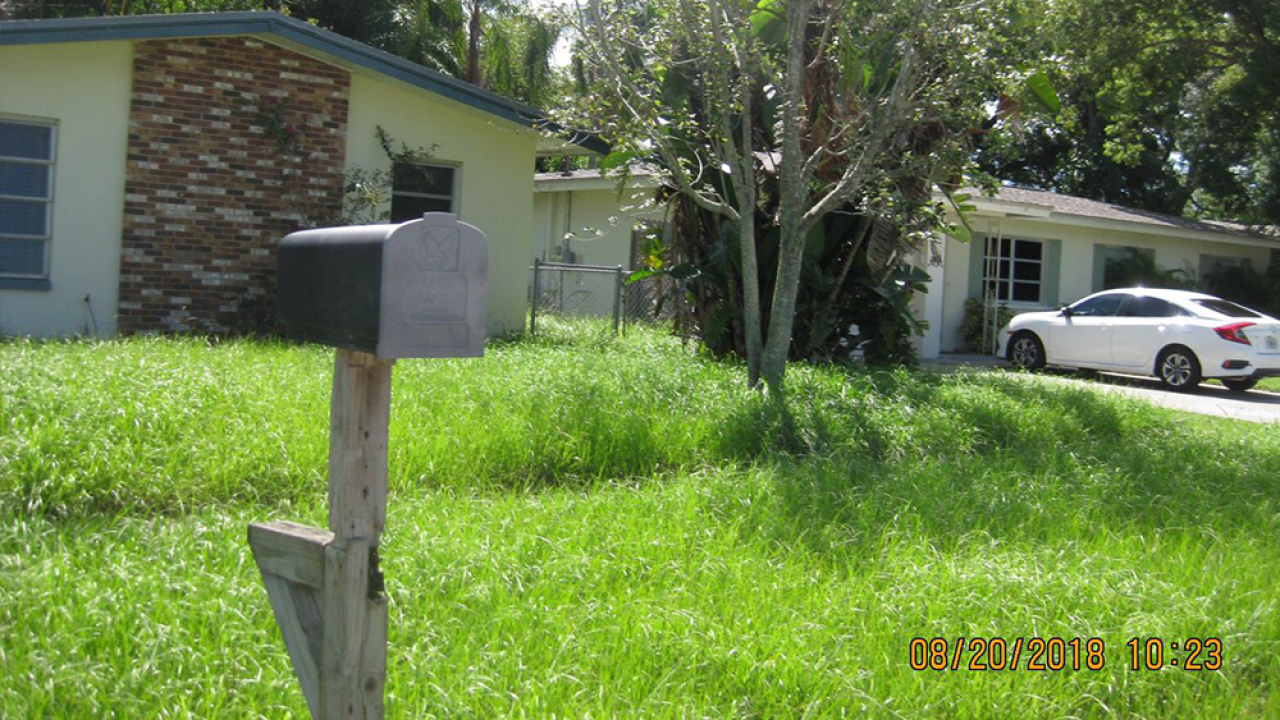 DUNEDIN, Fla. — The City of Dunedin responded to a lawsuit on Monday that ABC Action News first reported on in May. The suit has since gained national attention and challenges what the non-profit Institute for Justice calls "exorbitant fines" on its citizens for code violations.

Homeowner faces $30K in fines, foreclosure after not mowing lawn

The city filed a motion to strike and a motion to dismiss the lawsuit the Institute for Justice filed on behalf of homeowner James Ficken. Ficken owes close to $30,000 in fines and faces possible foreclosure on his home after code enforcement cited him for overgrown grass. Labeled as a repeat offender, the city fined Ficken $500 a day.

Ficken told ABC Action News he returned home to Dunedin last summer to find the grass in his yard grew to more than 10 inches tall. Ficken said he was in South Carolina, helping take care of his late mother's estate. During that time, Ficken said the man who mowed his yard died unexpectedly.

Last month his attorney Ari Barjil, with the Institute for Justice, told I-Team Investigator Kylie McGivern, "This is a really trivial violation, it's an astronomical amount of money for anybody, and the ultimate consequence, the foreclosure of somebody's home, is something we only see in really rare instances."

In a motion to strike, the city requested portions of the lawsuit be removed, sections said to "portray the city as a petty dictator" and allegations of the city attorney "touting the city's code enforcement process as a 'well-oiled' machine," along with other language said to cast the city "in a derogatory light."

In the motion to dismiss the complaint, the city said the daily fine of $500 for a repeat violation is allowed under state law, and therefore "is not excessive."

In an email Monday, City Manager Jennifer Bramley told ABC Action News the City Commission and City staff have received “death threats and hundreds of threatening e-mails and phone calls from across the country” in regards to this issue.

“I have Sheriff’s Deputies stationed in City buildings because our employees do not feel safe,” said Bramley.

Friday, the city posted a breakdown on its website, defending its code enforcement practices point by point .

"The City of Dunedin is a community built on passionate and engaged residents and we continuously strive to provide the highest level of service. Our goal is to provide these services with transparency and honesty. As the City faces continued criticism for recent actions taken by code enforcement, we wanted to share more about the code, our policies and how we work with residents to achieve code compliance.

Our mission is to continue to foster a community partnership between the City government and its residents. We are dedicated to provide service that enhances life in Dunedin.

If you have a story you’d like the I-Team to investigate, email us at kylie.mcgivern@wfts.com