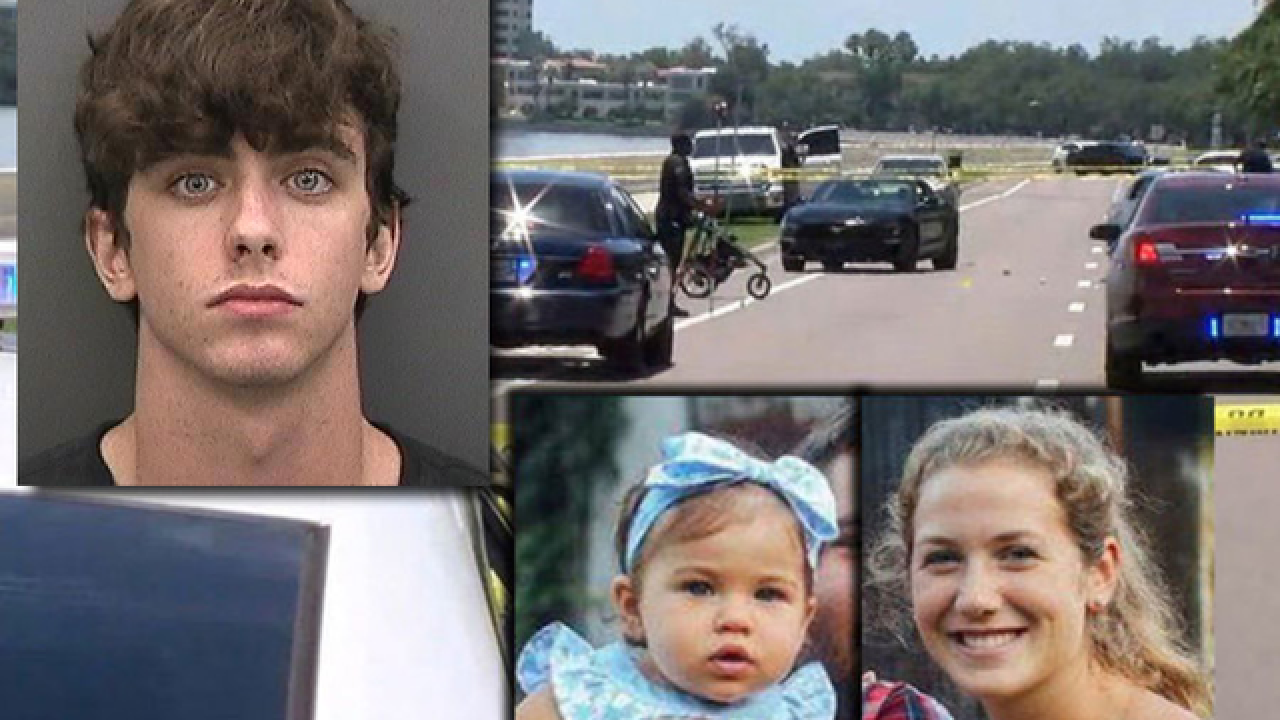 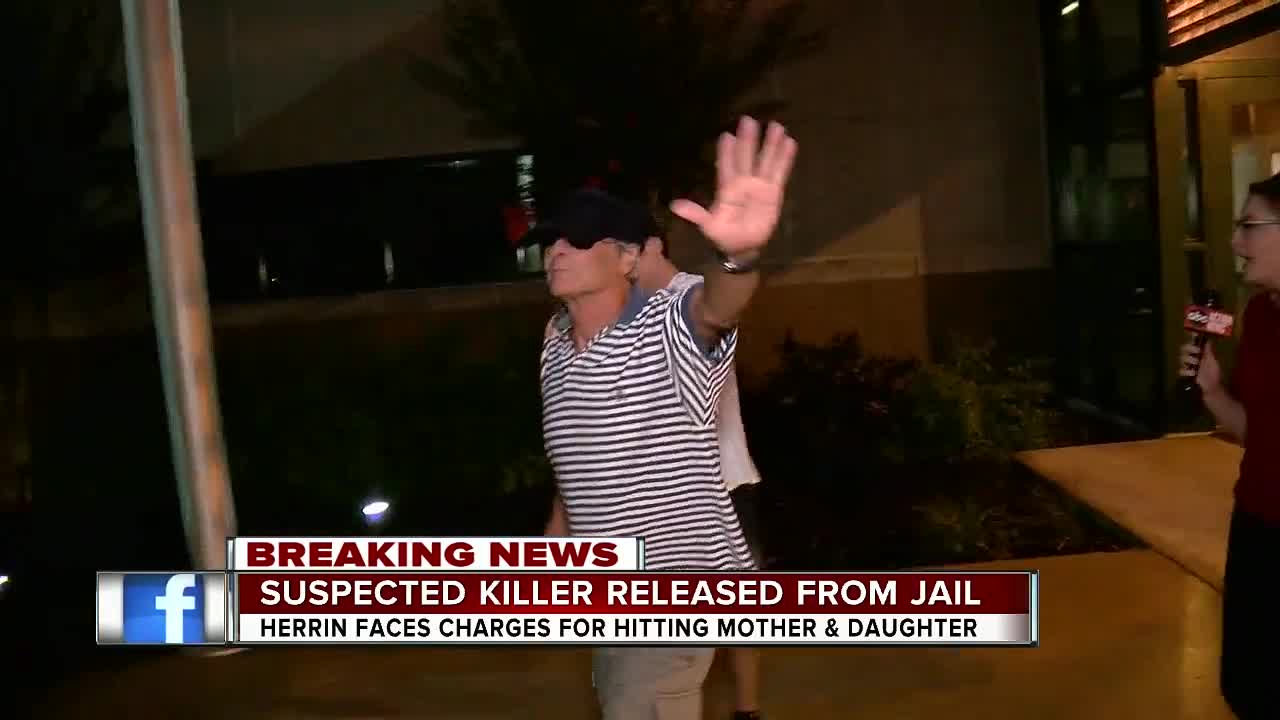 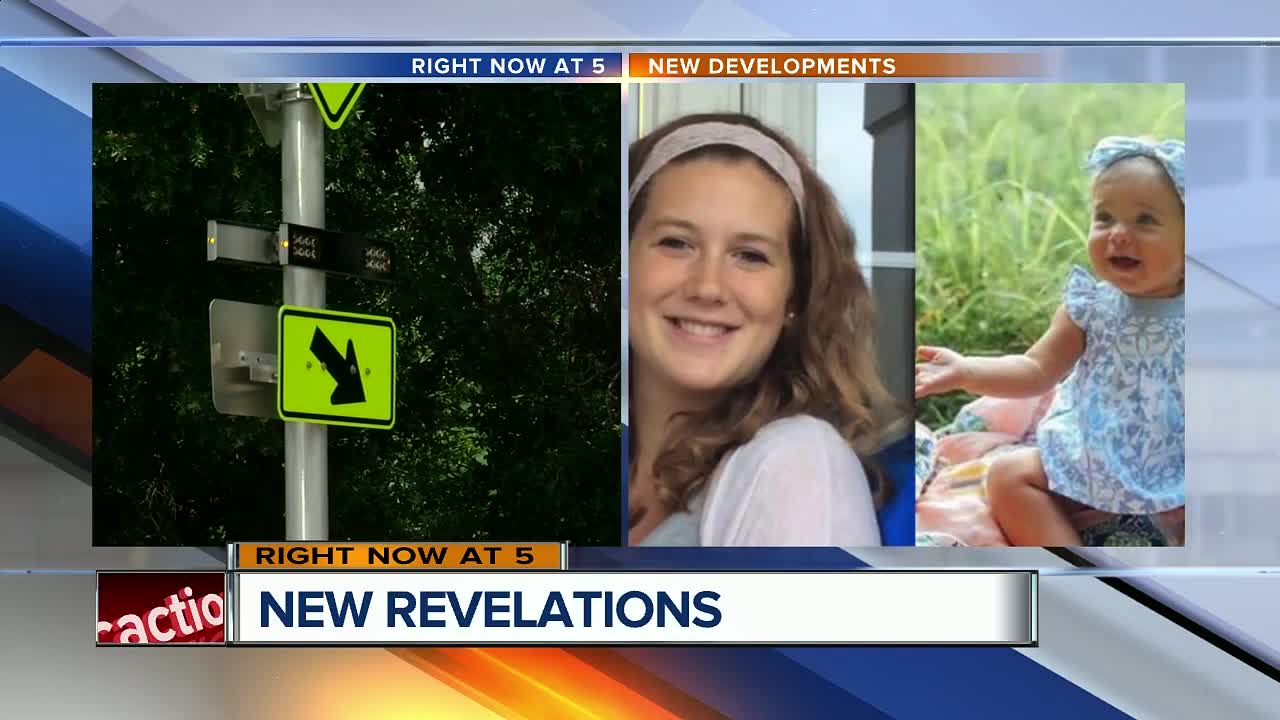 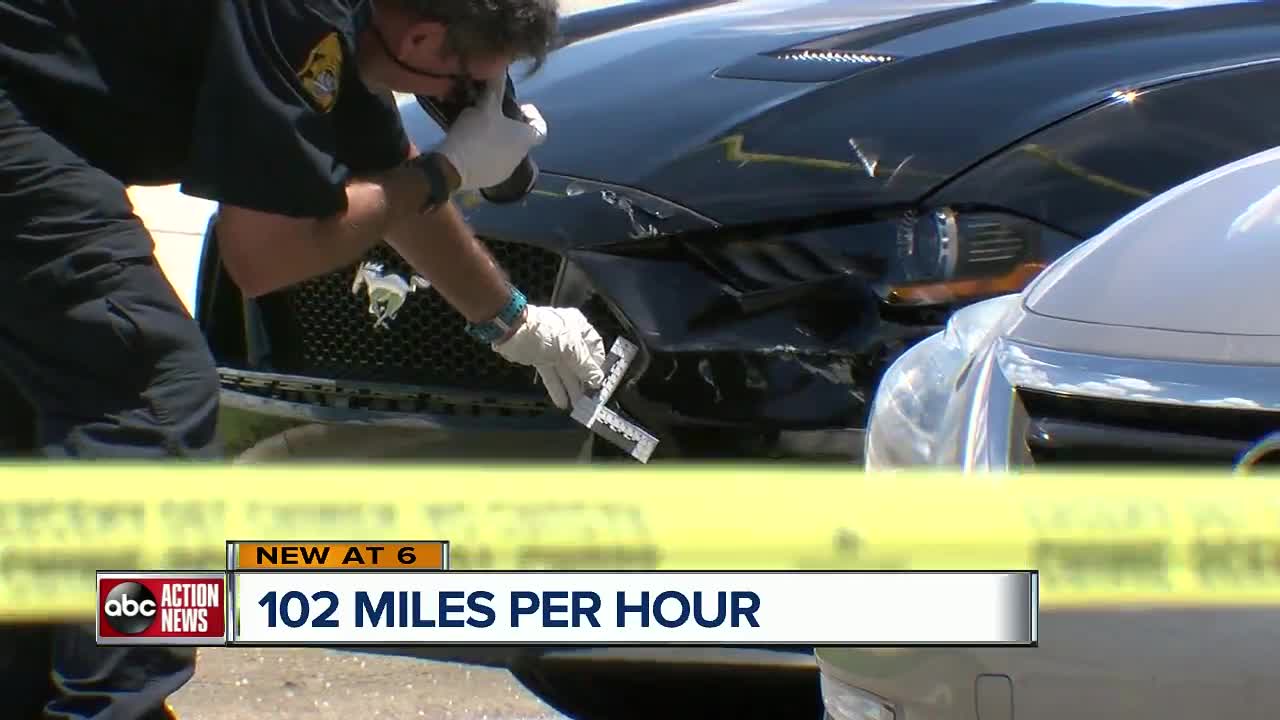 TAMPA, Fla. — Court documents reveal the 2018 Ford Mustang involved in a deadly crash on Bayshore Boulevard was traveling at a much higher rate of speed than witnesses previously reported.

Electronic evidence obtained from the Mustang during a search warrant showed that the vehicle, driven by Cameron Herrin, was traveling at a maximum speed of 102 miles per hour before Herrin began to hit the brakes right before the crash.

Tragedy on Bayshore: All Stories

Toddler, mother killed after being hit by alleged street racers on Bayshore Boulevard

The Ford Mustang hit and killed Jessica Raubenolt and her 2-year-old daughter Lillia as they were legally crossing the street on May 24, 2018.

At 102 miles per hour, the Mustang was traveling approximately 150 feet per second before the crash. At that speed, according to brakingdistances.com, the average car would need 620 feet to come to a complete stop.

Originally, a witness had told police the Mustang and Nissan were traveling approximately 60 miles per hour when they passed him racing north on Bayshore Boulevard.

Bayshore: The most popular road in Tampa Bay, also one of the most dangerous

Herrin has been charged with two counts of vehicular manslaughter. He bonded out of jail on Saturday night after his bond was paid.

ABC Action News was there when Herrin left the jail with his father.

The city lowered the speed limit on Bayshore from 40 to 35 after the crash.

In the five days since the crash, police have handed out more than 300 citations and warning tickets, which is 79 more than during the same period last year.

While news about the exact speed that reckless driver was going is new, a neighbor says speeding has been a problem on the road for years.

“I've been emailing the city for more than three years asking for safer traffic measures on Bayshore,” he said.

The I-Team obtained those emails through an open records request.

Friedman’s most recent email sent the day of the crash said: “Blood is on the City’s/County’s hands for dragging their feet on Bayshore safety improvements.”

Friedman has launched a new website called "Make Bayshore Safe" and is circulating a petition on change.org with more than 1,800 signatures in a day.

He hopes to see even more enforcement, a 25 mile an hour speed limit and crosswalks at every intersection.

“There's no reason Bayshore should be a four-lane highway next to a beautiful park that it is,” he said.