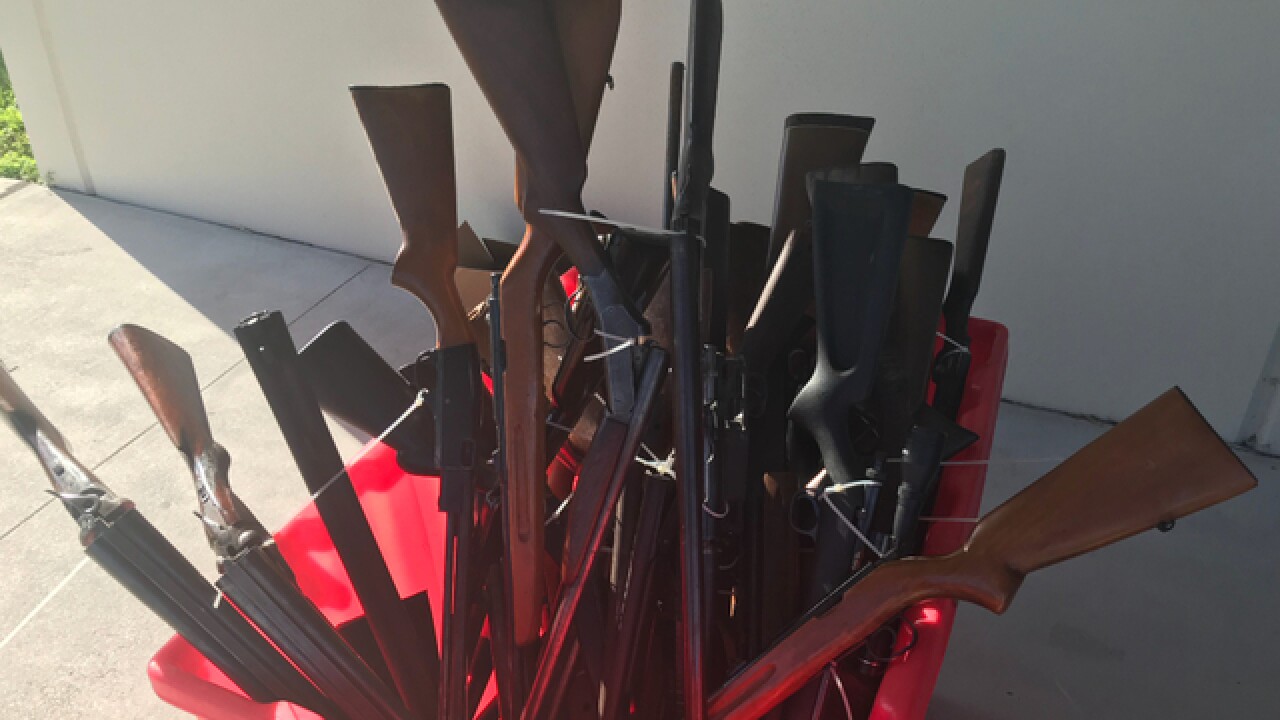 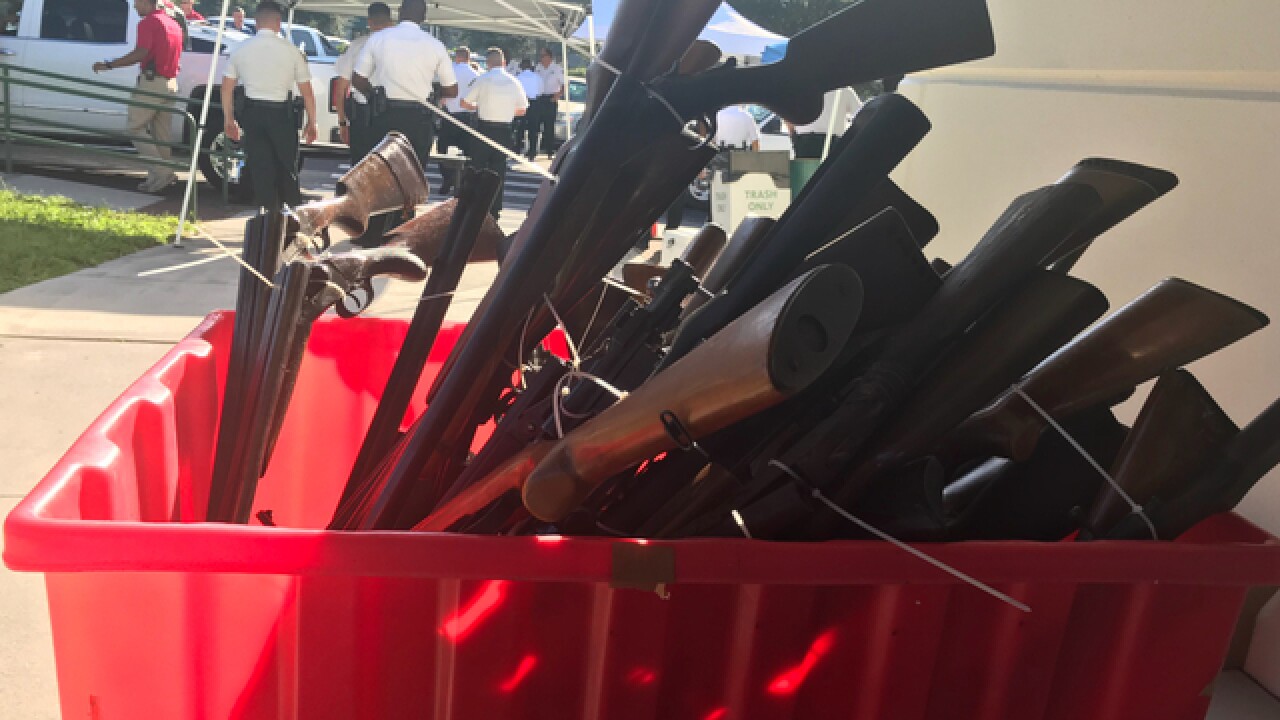 For a little more than five hours at two locations in the county deputies were available to receive unwanted guns from citizens. Deputies did not ask citizens any questions at the anonymous event.

Authorities say for every gun handed to them, they gave that person $50 as well as one voucher for two tickets to the Tampa Bay Rays 2019 season.

Deputies said of the 1,173 guns received, six of them were stolen guns. Two of those stolen guns were from incidents in the 70s.

“As the sheriff, you’re responsible for keeping guys out of the hands of bad guys and this is just another way of doing it,” Sheriff Chad Chronister said.

“The last gun swap we did, we got 15 stolen firearms (that) we were able to return back to their owners,” Sheriff Chorister said.

The sheriff’s office told ABC Action News all of the guns that were not classified as stolen are destroyed.