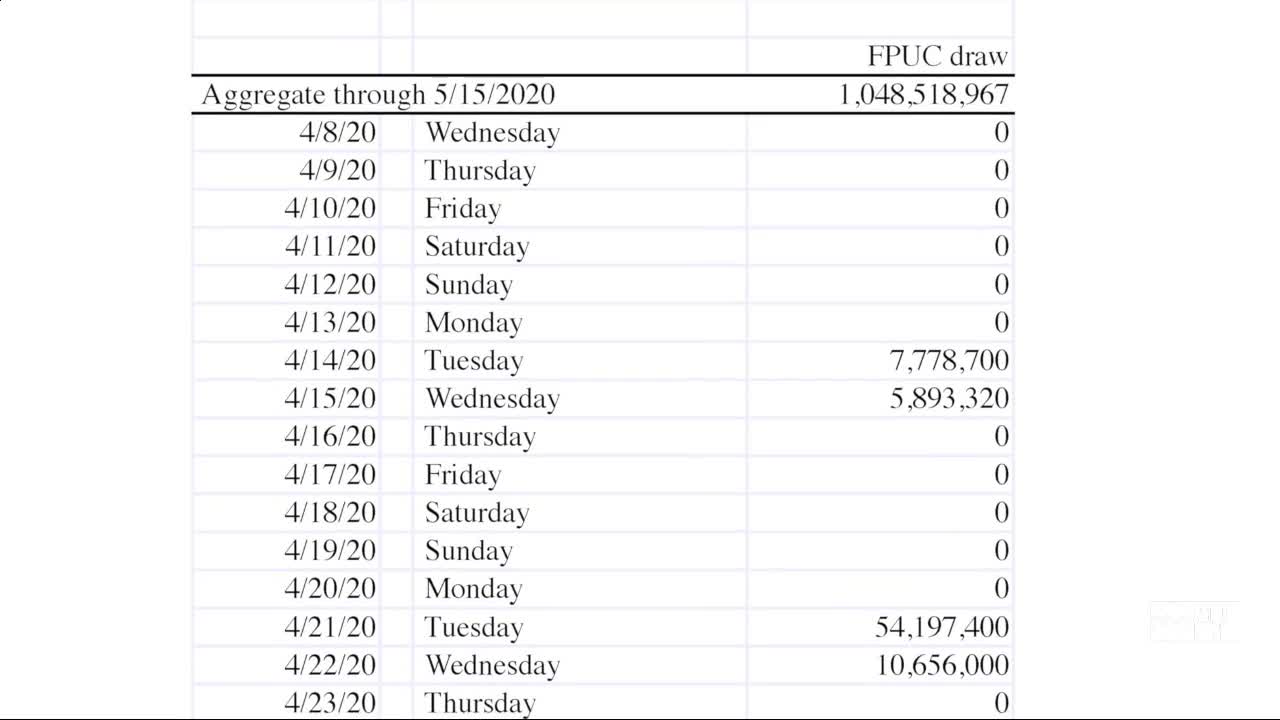 U.S. Rep. Darren Soto (D-Orlando) says extending federal unemployment checks until January under the Heroes Act -- rather that stopping those $600 weekly benefits at the end of July -- would help those who have suffered due to Florida’s broken unemployment system.

“That will give us extra leeway to right some of these wrongs that have happened,” said Rep. Soto.

The I-Team found Florida did not start sending most of the $600 federal unemployment checks until after Governor Ron DeSantis began lifting the state's safer-at-home orders.

Records the I-Team obtained from the U.S. Department of Labor show Florida made its first withdrawal from the federal fund on April 14, a week after the the funds were made available.

“It hurt people. It was a delay that caused many people to potentially be late or unable to make their bills in time,” said Rep. Soto.

When asked if he is satisfied with where the Florida Department of Economic Opportunity (DEO) currently stands with getting people the checks they are owed, Rep. Soto responded. “No, of course not, I couldn’t be satisfied, nor could anybody reasonably looking at the situation. We have been the slowest in the nation.”

Rep. Soto brought up the $29 million the federal government gave Florida on April 1 as part of the Families First Coronavirus Response Act, which was meant to cover administrative costs and help the state quickly set up its system to pay out those $600 weekly benefits.

The House passed the Heroes Act on Friday, to extend federal unemployment benefits. The Senate has expressed opposition and isn’t expected to vote on the bill until after the holiday weekend.

If you are still waiting on unemployment benefits, please fill out this form. ABC Action News plans to send this list to the state on a regular basis.