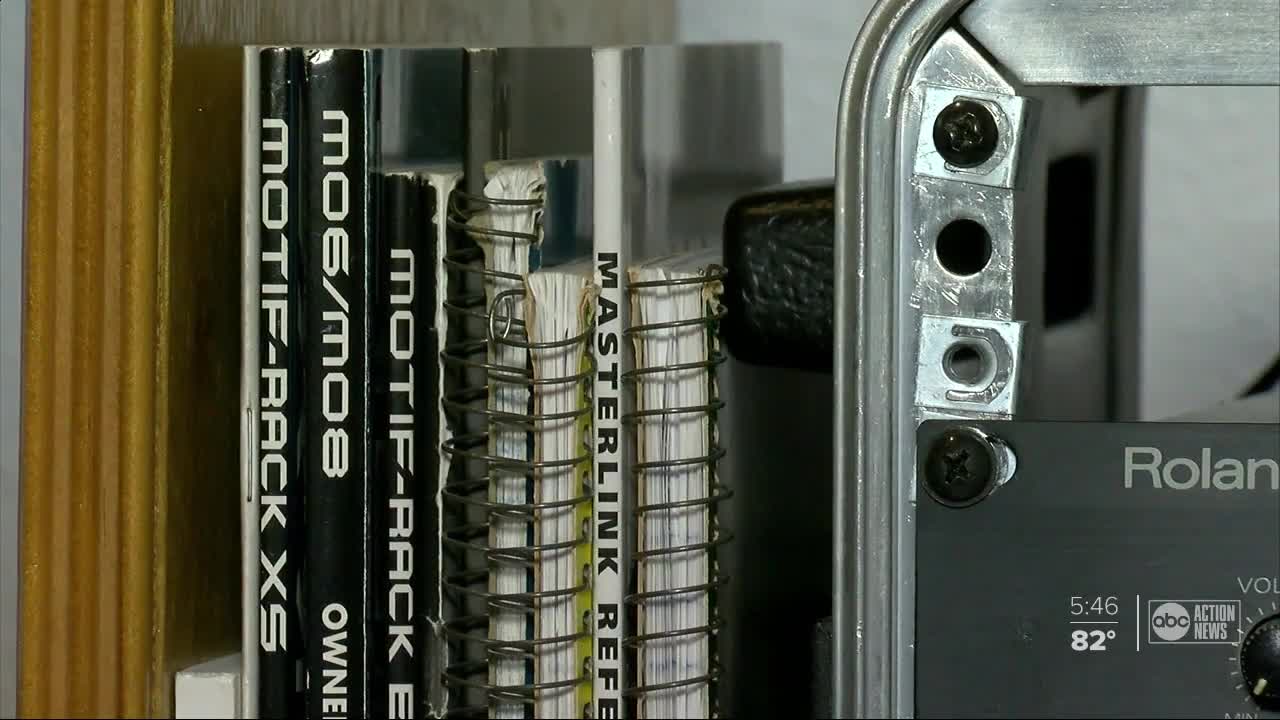 Coronoavirus has Krystof Srebrakowski quarantined in his home studio where he is composing new music for whenever hockey does return. 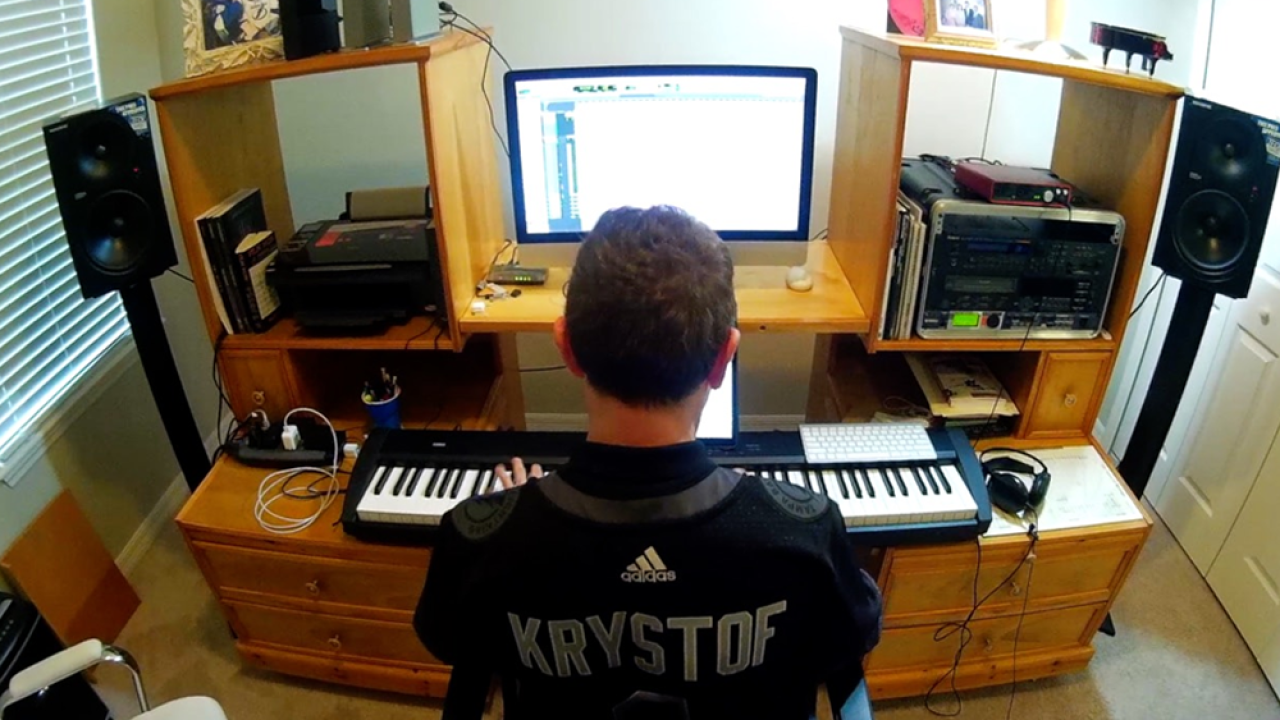 KISSIMMEE, Fla. — Krystof Srebrakowski is the thunder for the Tampa Bay Lightning. He brings the noise to 20,000 fans inside Amalie Arena.

Originally from Poland, he is classically trained with a diverse musical background.

In his eighth season as the Bolts’ organist, his sound is now a distant thunder. Nowadays, he performs and composes in front of an audience of framed family photos.

Following social-distance and quarantine guidelines due to coronavirus, Srebrakowski stays at home, composing new music for whenever hockey does return.

“I already composed a musical piece for the opening of the playoffs,” he said. When NHL paused the season on March 12, the Lightning were sitting in the second seed in the Eastern Conference.

Srebrakowski has twelve original pieces that he performs during the pregame show. The latest piece is a big orchestral number that nobody has heard in the arena.

“Our team has been very good in that aspect of the game,” he said. “After you write the piece, you have to make it sound like an orchestra, you have to practice it. Learn how to play it, and create that huge quadrophonic sonic experience for our hockey fans.”

But that is not the hardest part, according to Srebrakowski.

“The hardest part for me is to come up with the name. After I compose my piece, how to name it.”

Now he waits for that day where he can breathe life into the pipes at Amalie Arena again, which houses the world’s largest electronic theater organ.

“The arena sits empty, we are sitting in our homes,” Srebrakowski said.