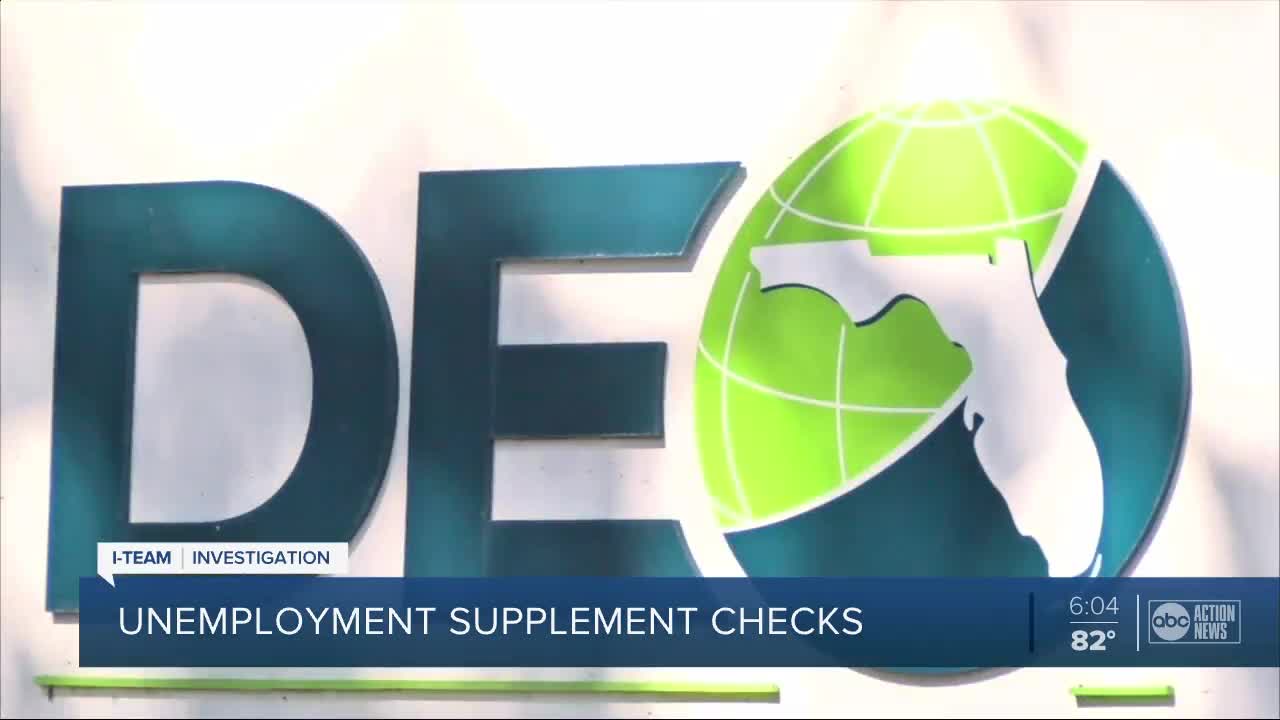 DEO is starting to mail out $600 unemployment checks from the federal government, after the I-Team pressed for answers on the holdup.

TAMPA, Fla. -- The Department of Economic Opportunity is starting to mail out $600 unemployment checks from the federal government, after the I-Team pressed for answers on the holdup.

The state says this week, it’s mailed out 23,801 of the federal unemployment checks meant to supplement state unemployment.

Florida’s unemployment is capped at $275 per week, among the lowest in the nation.

“The money is available from the feds. The issue though is you must apply through the state website, which is an epic fail and disaster,” said Sen. Janet Cruz, D-Tampa. “I’m just damn fed up is what I am.”

Cruz told I-Team Investigator Kylie McGivern she is pushing the state’s unemployment office to get people their checks.

The Department of Economic Opportunity reports just 4 percent of the state’s more than half a million unemployment applications have been processed.

“I don’t see any end in sight and I am furious. I feel helpless for Floridians, I’m angry that they have wasted so much taxpayer money on this stupid site that doesn’t work, and somebody needs to answer for this. But right now, before I demand answers on this disaster and the fleecing of Floridians, I just have to help people get checks. That’s what we’re working on, just get people their money,” said Cruz.

That include people like Carrie Trubenbach, who is in the dark about when she’ll see even a penny of her unemployment benefits.

Trubenbach ended up mailing in a paper application, unsure how she’ll know if it’s received and processed.

“They need to fix it. If they don’t do that, they’re going to have a lot of problems down the road with people getting hungry, and when people get hungry, they get desperate,” said Trubenbach.

Gig workers and independent contractors, people who would not typically qualify for state unemployment, still qualify for the $600 weekly checks from the feds.

In a news conference on Thursday, Department of Management Services Secretary John Satter said, “If they have maybe gone through the traditional unemployment process and they’re deemed ineligible, if they’re eligible for the $600 payment, they’re being swept into that.”

Satter said the department is hoping to have the new online portal for ready in the next week to 10 days.

When the I-Team asked Cruz about the delay in that system for Floridians who typically wouldn’t receive state unemployment benefits but are eligible for federal unemployment checks, she said, “More frustration. More failure. You know, other states have been just as overwhelmed as we have been and people are receiving their checks.”

The state reports, Floridians who receive a $600 check will receive state benefits via direct deposit or a prepaid debit card.