'I wasn't in Tampa': Woman says her license got suspended after a red-light camera ticket error 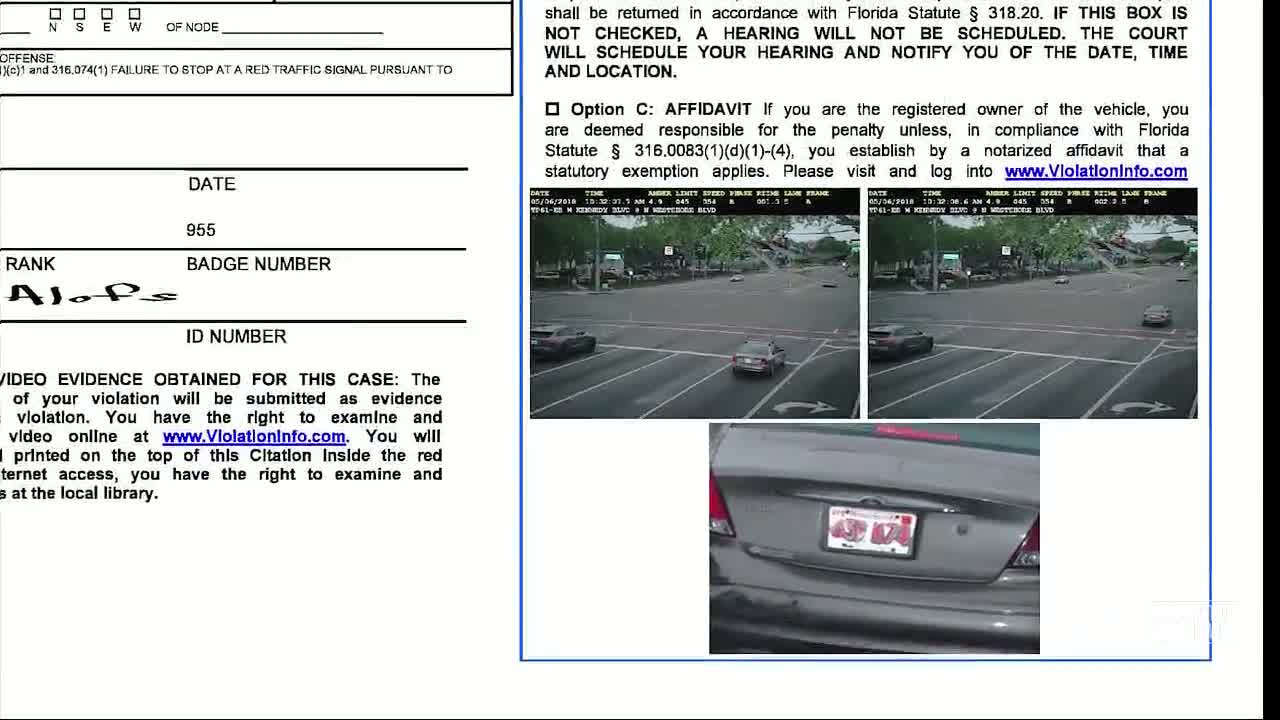 A driver ticketed by a Tampa red-light camera when she was 200 miles away from it at the time, made a call for action to Consumer Reporter Jackie Callaway after the state suspended her license over the error. 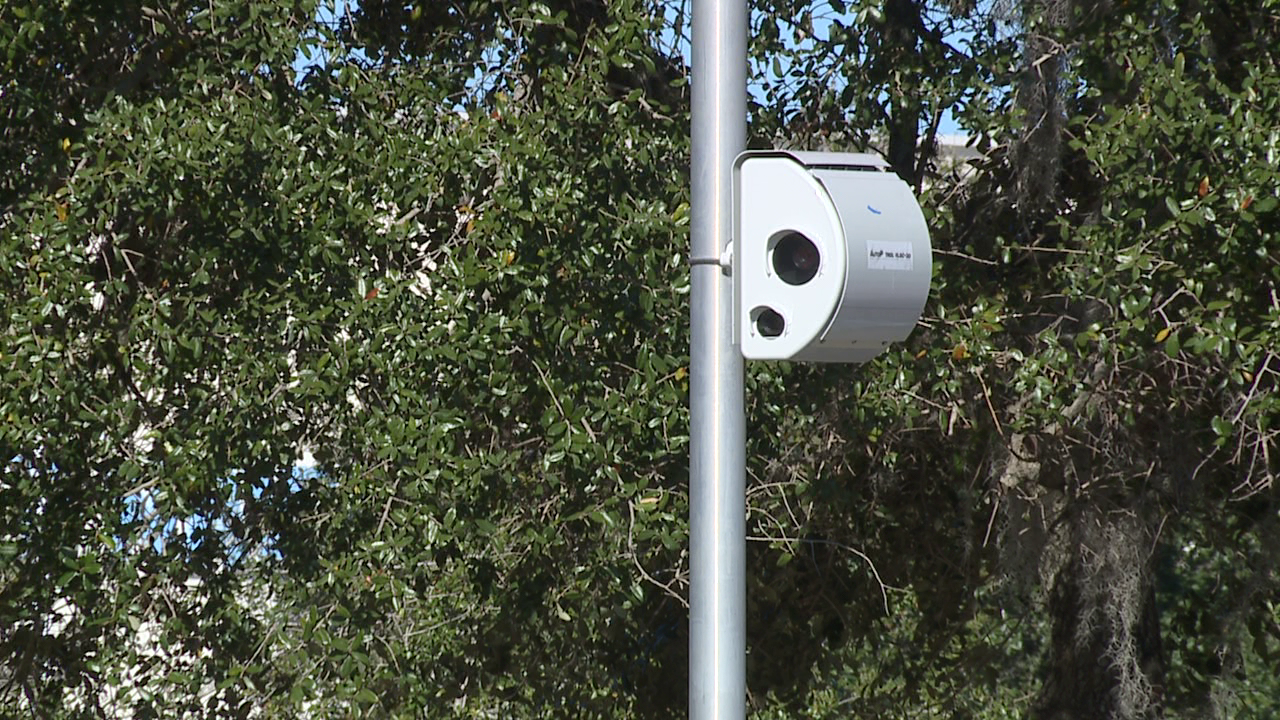 TAMPA, Fla. — A driver ticketed by a Tampa red-light camera when she was 200 miles away from it at the time, made a call for action to Consumer Reporter Jackie Callaway after the state suspended her license over the error.

Tampa Police issued the ticket to Gail Colaiacomo, saying the license plate belonged to her.

“I was dumbfounded because one, I knew I wasn’t in Tampa,” said Colaiacomo.

The citation was recorded in May 2018, but Colaiacomo said the ticket didn’t arrive in her mailbox until December 2019. By then, her license had already been suspended.

Colaiacomo said she recognized the tag, but she drives a Toyota – not a Ford, so she called the Tampa police officer who reviews red-light camera tickets.

Colaiacomo had owned that license plate but threw it away years earlier. Police determined the plate was likely stolen and put on the sedan caught running the red light.

But when Colaiacomo contacted the Hillsborough Clerk of Court she said, “They came back and they said, ‘You have two options, pay the ticket or request a hearing.’”

Just hours after ABC Action News contacted both the clerk of court and the Tampa Police Department, a TPD spokesperson responded in an email that “The department will work to have that citation dismissed and her license reinstated.”

A day later, Colaiacomo said her license was reinstated, telling ABC Action News, “What a weight lifted off my shoulder!”

Taking Action Reporter Jackie Callaway obtained records from the clerk of court showing Hillsborough County dismissed 800 out of more than 25,000 red-light camera tickets issued last year. Court officials could not say how many of those tickets involved stolen license plates.