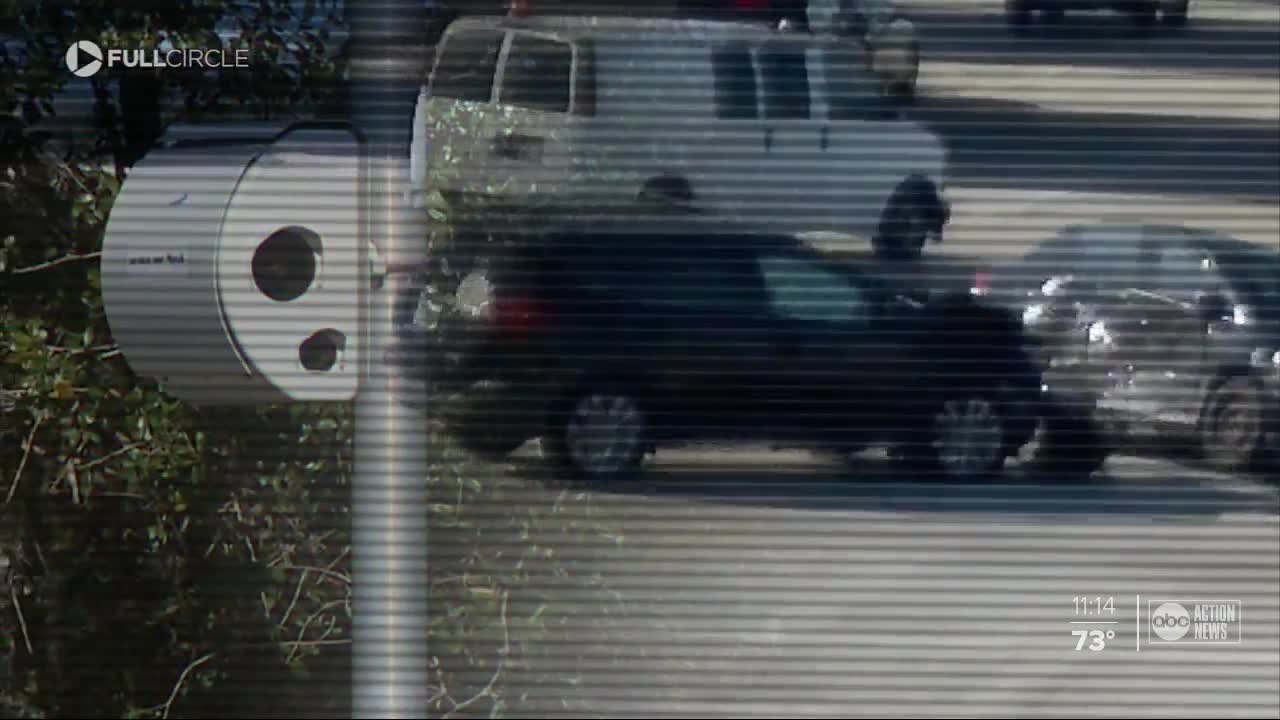 The Tampa Bay area has more than 100 red-light cameras, but once again, there’s a bill to get rid of them. 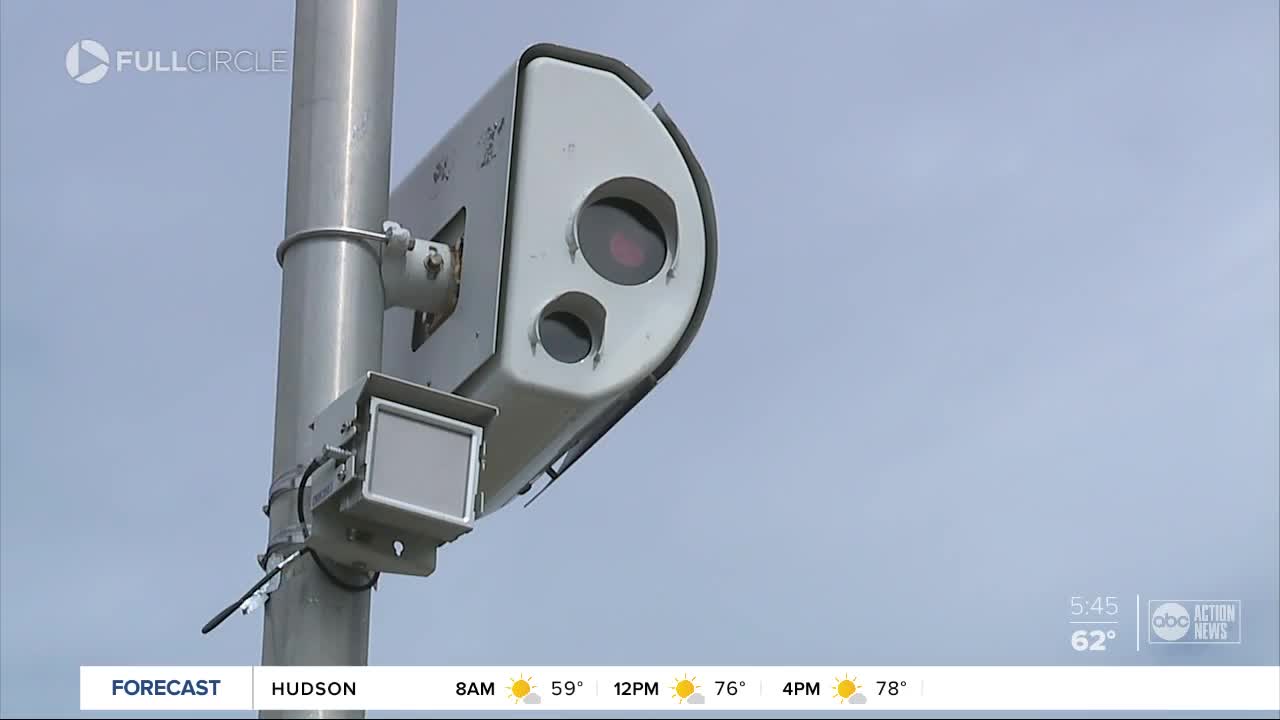 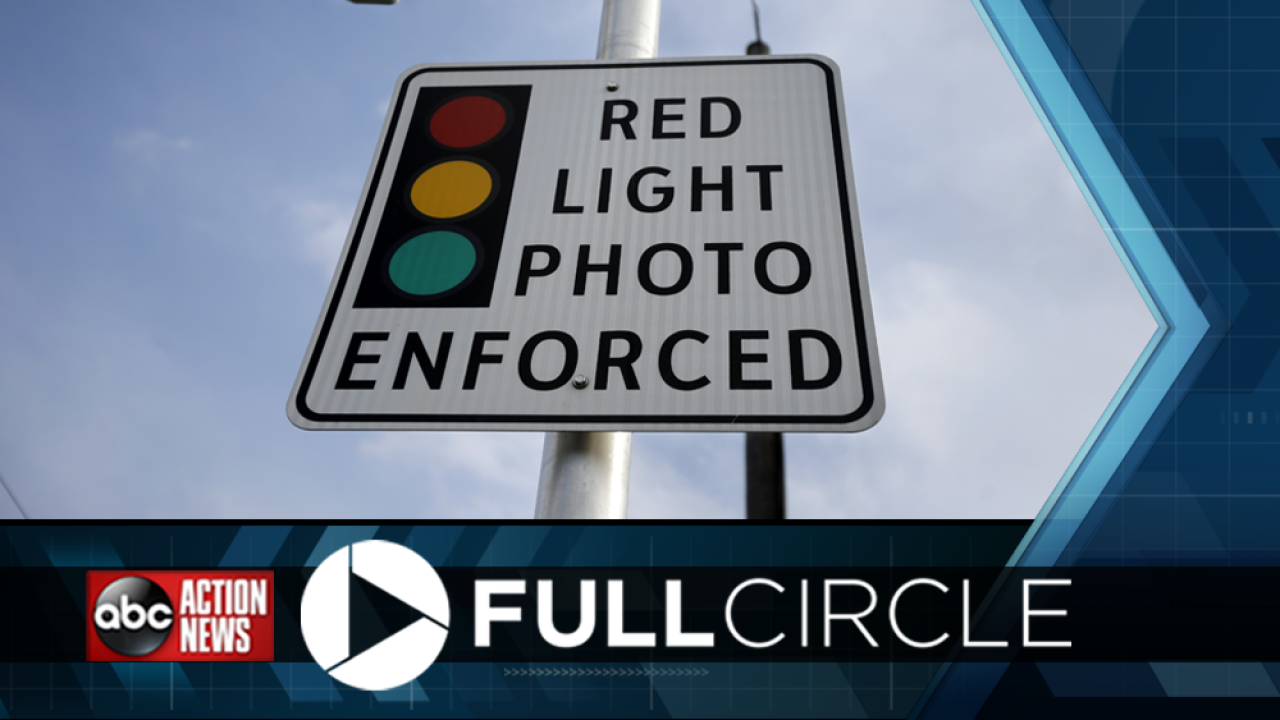 TAMPA, Fla. — As red-light cameras fuel a new debate at the State House over whether they should be banned, ABC Action News Anchor Paul LaGrone uncovered a major contractor for the controversial cameras donated millions of dollars to the campaigns for local elected officials with a big say over where and how these cameras are used.

While advocates credit the cameras for saving lives, detractors call the system a money grab and cash cow for local governments – hitting drivers with a $158 ticket for one-time mistakes.

For Elijah Alexander, the red-light camera may not have stopped the driver who hit him, but it provides proof of a growing problem.

“I’m so happy to be here... I could have died,” Alexander told ABC Action News after he was hit in a motorcycle crash.

But there are also new questions being raised about whether red-light cameras are effective.

Attorney Josh Burnett, with the Florida Ticket Firm, said he questions the accuracy of the cameras and told ABC Action News Anchor Paul LaGrone it’s possible for the cameras to cite the wrong driver.

“It’s the folks who are reviewing it that are getting it wrong too,” said Burnett. “There are mistakes either because of blurriness or something being illegible in the video one digit or one character out of place and a citation can be issued incorrectly.”

State lawmakers are even considering a bill that would ban red-light cameras in Florida.

Red light cameras not going away


But despite the controversy, the Florida Supreme Court ruled the cameras were legal last year, and Tampa and Clearwater just renewed contracts with red-light camera companies.

“Every time they go through that intersection after paying that fine, they are going to say this is the place I got the red-light ticket,” said Slaughter, who told ABC Action News the cameras are a safer way to not only deter drivers from running red lights but also a safer way to catch red-light runners. “As an officer, if you have to go through the intersection and try to get everyone to stop that’s much more dangerous than using the video from the camera to cite the violator.”


Campaign finance records show American Traffic Solutions — the biggest red-light vendor in the state — has given more than $1.8 million to candidates for both political parties since 2008.

All three voted in favor of renewing the company’s contract with the city for five more years.

Suarez told ABC Action News the campaign donation had no influence on his vote and he supports the cameras, saying he believes they help keep drivers safe.

In response to ABC Action News questions about the donation, Chronister said in an email, “We raised over one million dollars and people from all walks of life donated… and the campaign followed every Florida law in regards to campaign finance, disclosures and disclaimers.”

Tampa City Councilor Guido Maniscalco did not take money from the red-light camera company, but he doesn’t believe his colleagues are influenced by campaign contributions.

“They are honest people – all of them and I don’t think it would have made a difference,” said Maniscalco.

But Maniscalco does question the company’s motive behind those contributions, telling Anchor Paul LaGrone, “Why make contributions if this is about safety?”

ABC Action News reached out to American Traffic Solutions, but the company did not respond to a request for comment.


In Lakeland, Traffic Manager Angelo Rao is working on new technology that could neutralize the red-light camera debate.

“We have now the technology to prevent the crash,” said Rao. “We delay the green so that a crash doesn’t occur.”

Rao is testing out sensors that can detect if a driver is not going to stop in time, keeping the light red for everyone else.

“If the computer calculates a problem, it would say, ‘No, no you are going to wait two seconds. We are going to delay your green by two seconds.’ You don’t even get involved in the intersection and that’s where we save lives,” said Rao.

The sensors are also collecting data on red-light running with this disturbing result, according to Rao.

“What surprised me was at one intersection over a six-month average period, we averaged 48 – that’s 48 per day [red light runners] after the green light went on. That surprised me,” said Rao.

Lakeland is still using red-light cameras to catch runners. The sensors are still being tested and the state would need to approve them.

Meanwhile, Hillsborough County Sheriff Chronister said after reviewing the data, he thinks the cameras have become just another ticketed tax on motorists.

Chronister said his office would be reviewing the issue to determine if Hillsborough County will renew its red-light camera contract.