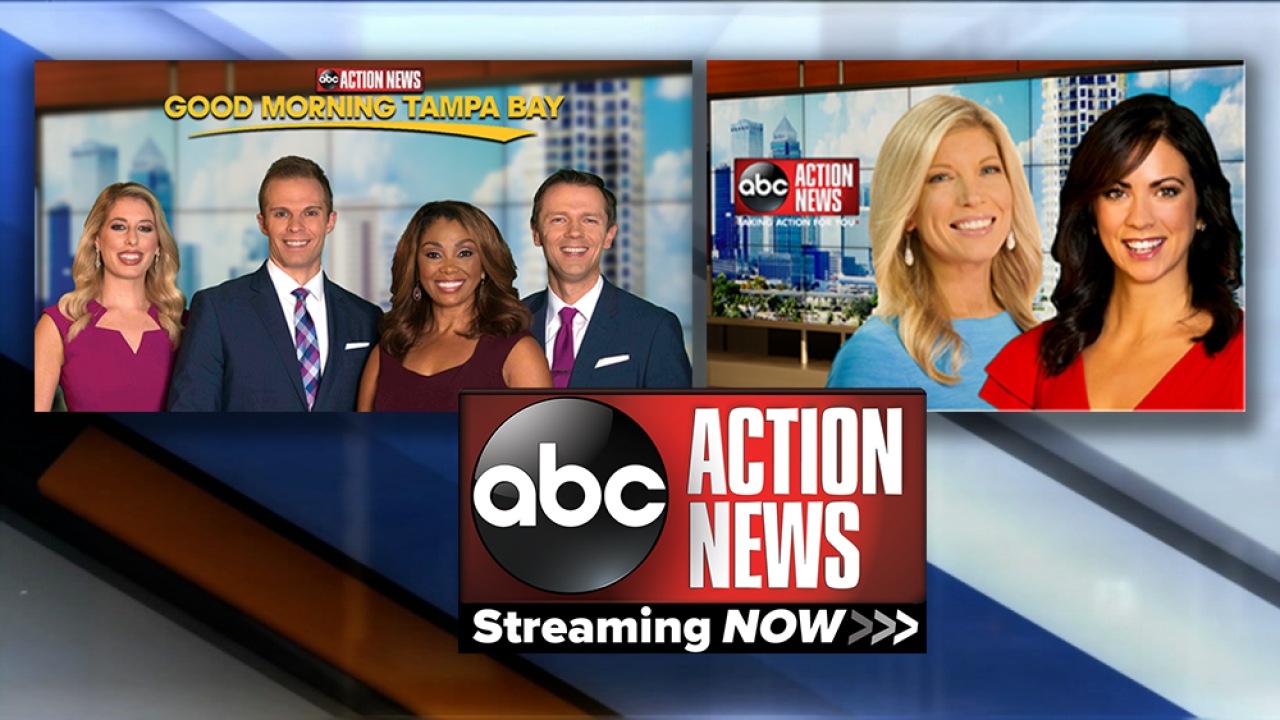 It’s the biggest, most aggressive commitment to local news coverage ever seen in the Tampa Bay area by a broadcast television station.

The ABC Action News streaming app is available on:

In addition, all ABC Action News streams are available on:

Also starting July 29, ABC Action News at 3 p.m. will be added to the streaming and broadcast schedule. Anchor Lauren St. Germain and Meteorologist Shay Ryan will bring Bay area viewers their first look at what’s happening in their neighborhoods and weather updates for the evening and next day.

“Technology has changed viewers' expectations of a news organization. They want the most up-to-date news and weather information available throughout the day on the device they choose,” said VP/General Manager Nick Nicholson. “Our commitment to provide continuous, live news coverage from 5 a.m. to 6:30 p.m. across our digital platforms and the addition of a 3 p.m. newscast to our broadcast schedule is another example of our commitment to serve the people of Tampa Bay.”

“It’s exciting to deliver the only live, digital exclusive newscasts in the market,” said ABC Action News Director Sarah Moore. “Our team of journalists do so much great coverage of the day’s news and important investigations that no one has to miss any of it.”

All this, in addition to our current news lineup, means ABC Action News will have the whole Bay area covered weekdays from 5 a.m. to 6:30 p.m.

This is one of the many ways ABC Action News is Taking Action for You.