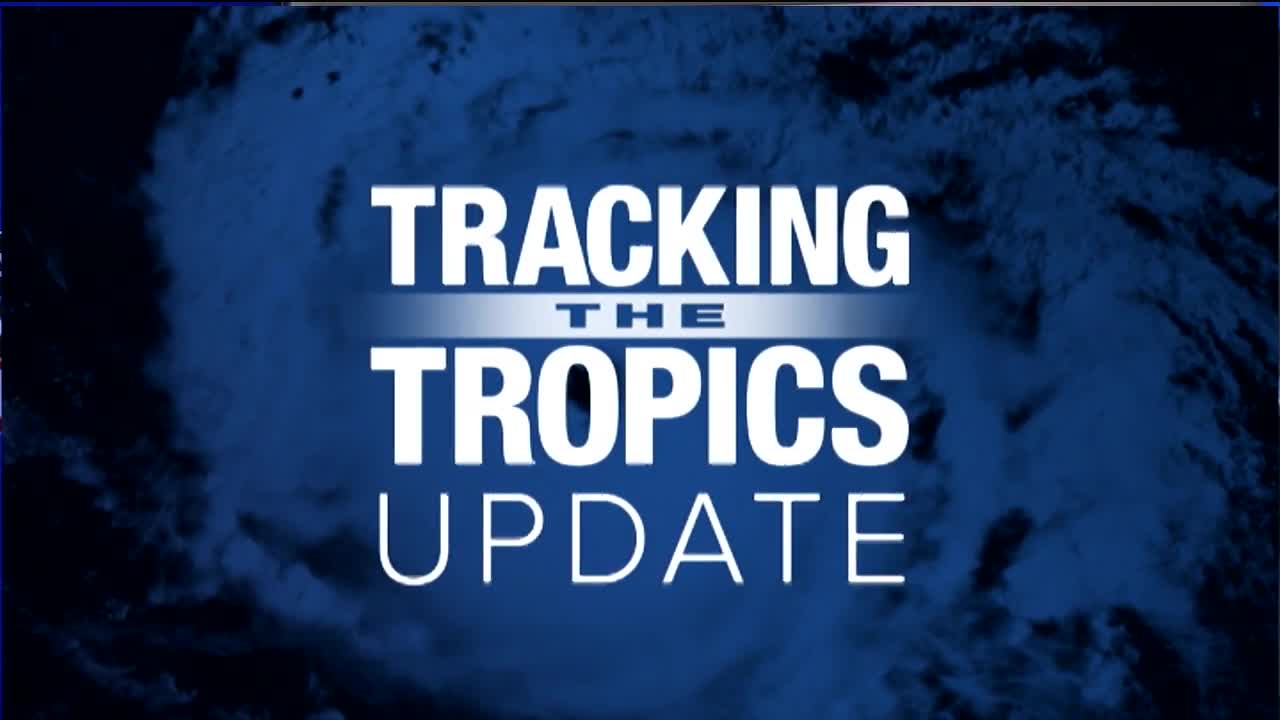 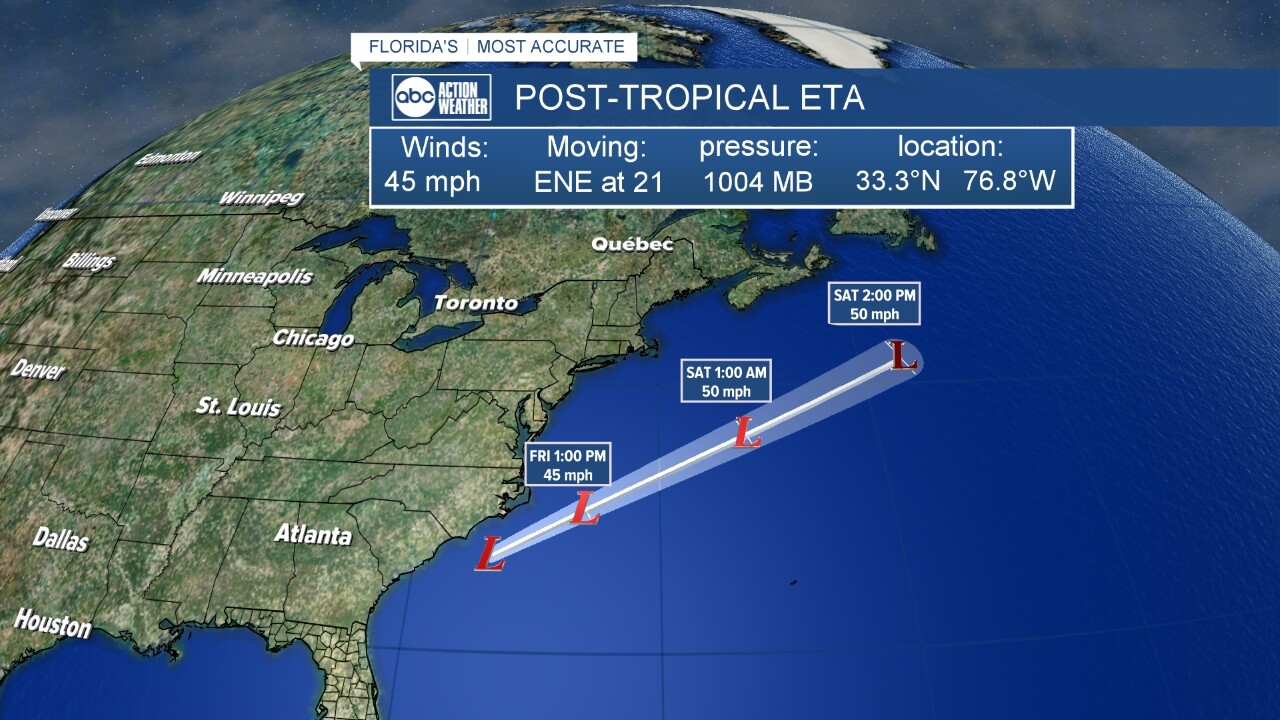 TAMPA, Fla. — Tropical Storm Eta is now a post-tropical cyclone, and the National Hurricane Center (NHC) says it could become absorbed by a larger non-tropical cyclone on Saturday or Saturday night.

Eta brought heavy rain and strong winds across a large portion of Tampa Bay on Wednesday and into Thursday. The storm caused several areas to flood and is being blamed for at least one death in Manatee County.

According to the NHC, all watches and warnings in the Tampa Bay area have been discontinued.

The storm is 85 miles southeast of Wilmington, North Carolina. It's moving east-northeast at 21 mph with maximum sustained winds of 45 mph.