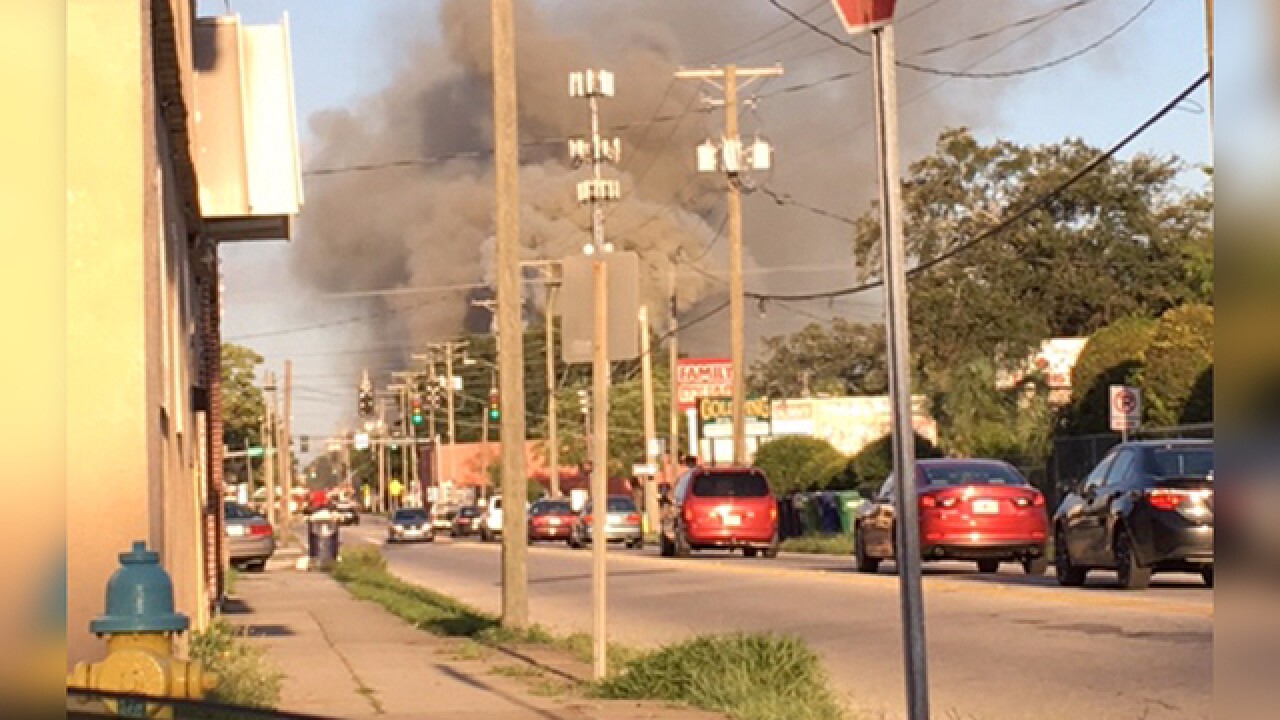 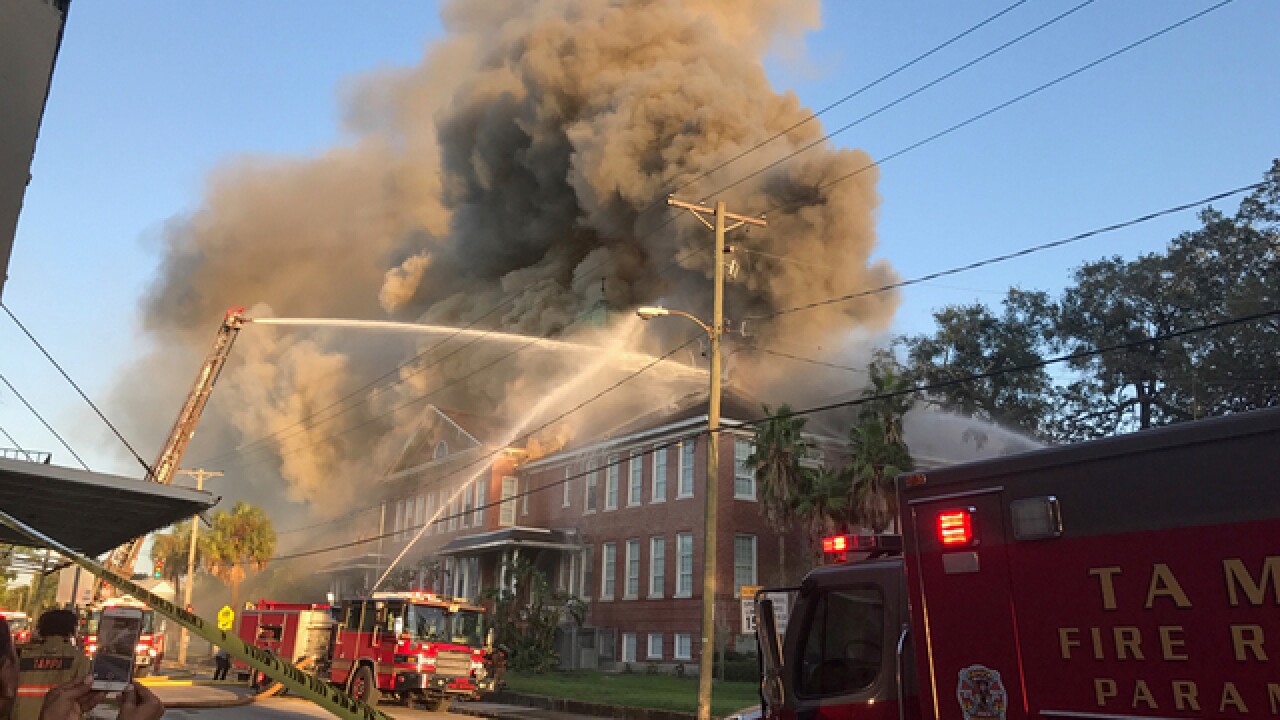 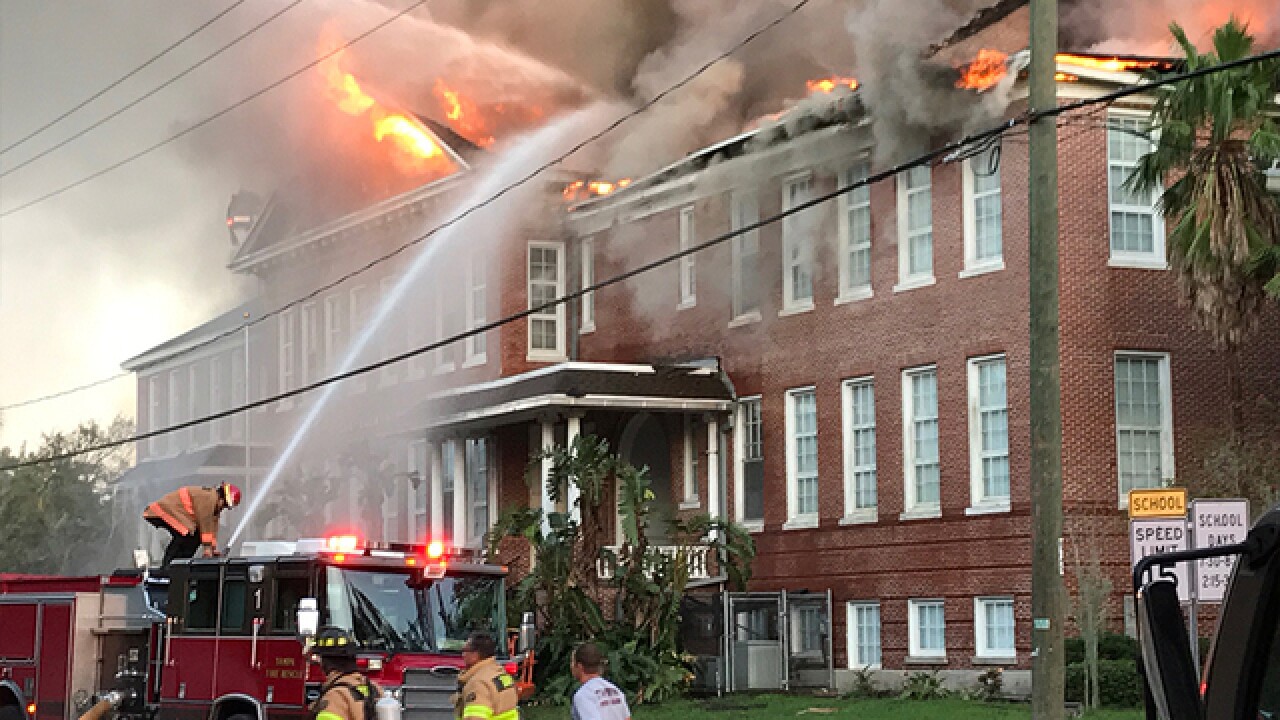 A three-alarm fire at Robert E. Lee Elementary School in Tampa sent up plumes of smoke over the neighborhood Tuesday evening.

There were no injuries.

The fire started well after normal school hours. Even so, classes for Hillsborough County Public Schools were canceled Tuesday due to the aftermath of Hurricane Irma.

The school was not on the county's list of hurricane shelters, per information available on its website. Firefighters are looking into whether power being restored in the area caused the fire.

Firefighters said there is no indication this is connected to the name of the school. They said the fire is not suspicious.

"I'm in total disbelief  because literally like that's my classroom...my daughter's classroom right there," Deanna Jackson, who is a teacher at the school, said. "This is just going to devastate the kids. I know it."

Lockhart has space for nearly 300 more students, and next to Young Middle Magnet School. For the first two-three weeks the older students at Lee Elementary will temporarily learn in classrooms on Young's campus while the district installs portable classrooms at Lockhart within a few weeks.

The district is asking school staffs to roll up their sleeves and help set up the new classroom space on Friday, Sept. 15.

For any students, staff (both current and former) and community members who may need to speak to counselors during this challenging time, school district grief counselors will be available beginning Thursday morning at Lockhart Elementary Magnet School.

The superintendent said he is working on moving hundreds of students and dozens of staff into another building; he wants to try to keep everyone together. He said parents, students, and staff will know more in the next couple of days.

"It is heartbreaking that's why we're going to do everything we can to take care of our families," Superintendent Jeff Eakins said.

Tampa community members and local activists have pressed the district repeatedly to change the elementary school's name. The school is named after Confederate general Robert E. Lee, a symbol of racism and oppression for many.

Nationwide, several confederate monuments and namesakes have come under scrutiny in recent months, sparking intense debate about the meaning of the tributes and their place in modern American society.

The school was named Michigan Avenue Grammar School in 1906, but was then renamed after Lee around 1917, according to city archives and historians.

Of the 288 students who go to class at the magnet school, 57 percent are African American.

Hillsborough County requires 18 months of public input before a deciding school board vote regarding the name change proposition.