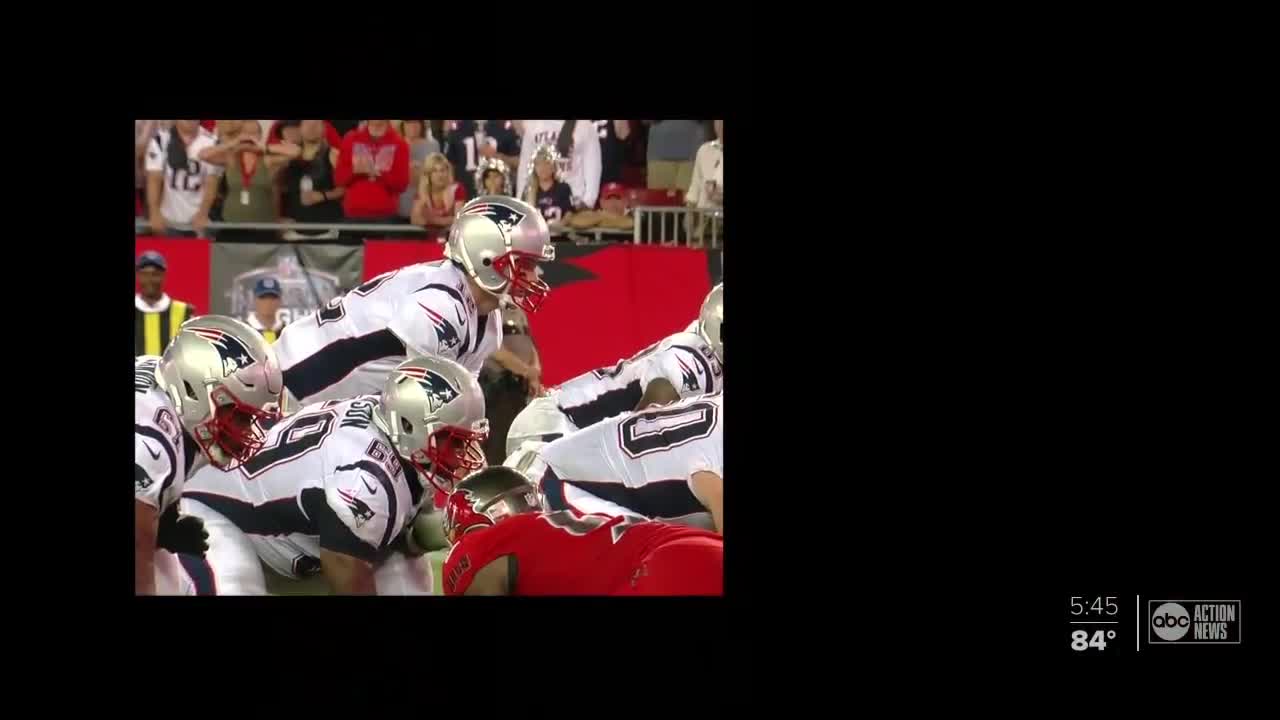 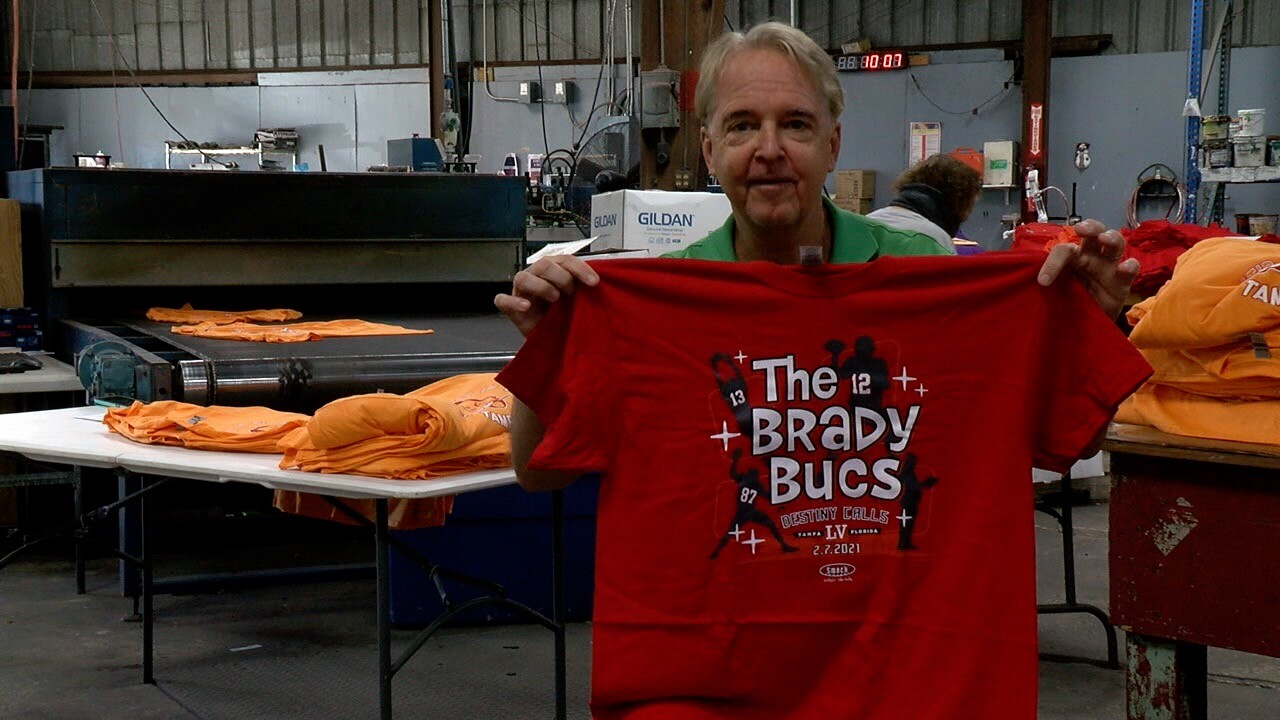 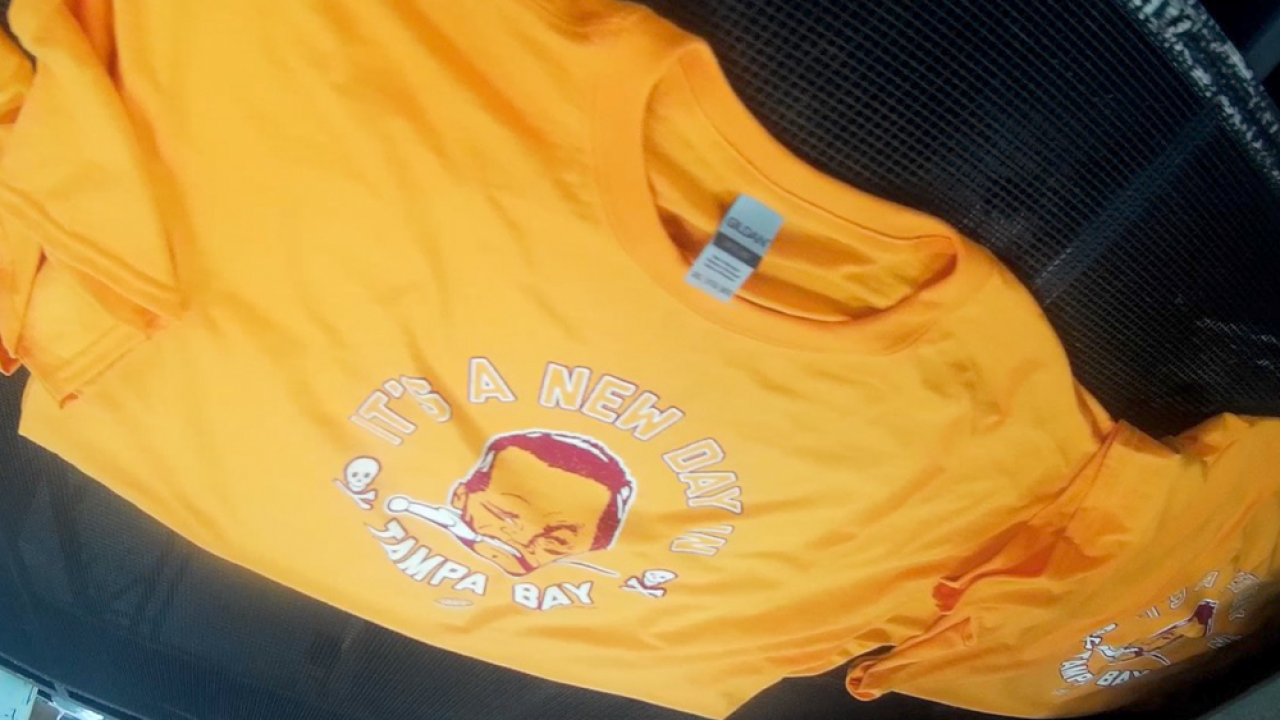 TAMPA, Fla. -- Sports are on pause right now, but not the printing press for a local unofficial Tampa Buccaneers gear company.

Wayne Curtiss, president and founder of Smack Apparel, has a finger on the pulse of the Tampa Bay fan base.

“It is, in fact, a new day in Tampa Bay,” Curtiss reads off of a freshly printed shirt.

“We kind of merged the old Bucco Bruce logo (with Tom Brady’s face). It’s been a big hit.”

The newest shirt is a Brady Bunch theme.

“We’re kind of the new Brady Bunch, if you will,” Curtiss said. “So, we came up with the Brady Bucs.”

Since COVID-19 hit, his business has been down, but not out. However, the printing press is not running five-days a week like it did before.

“Right now we probably print once a week, 72-150 shirts, sort of the demand online,” Curtiss said. “Our business has been based on sports and situations in sports. Not a lot of situations going on.”

‘Smack apparel’ is not the only local company having fun with the new look Bucs. Motorworks Brewing in Bradenton, has created a beer named after Gronkowski called “Go Go Gronkzilla.”

They say it’s “brewed with genuine New England tears.” That IPA is available beginning on May 8.