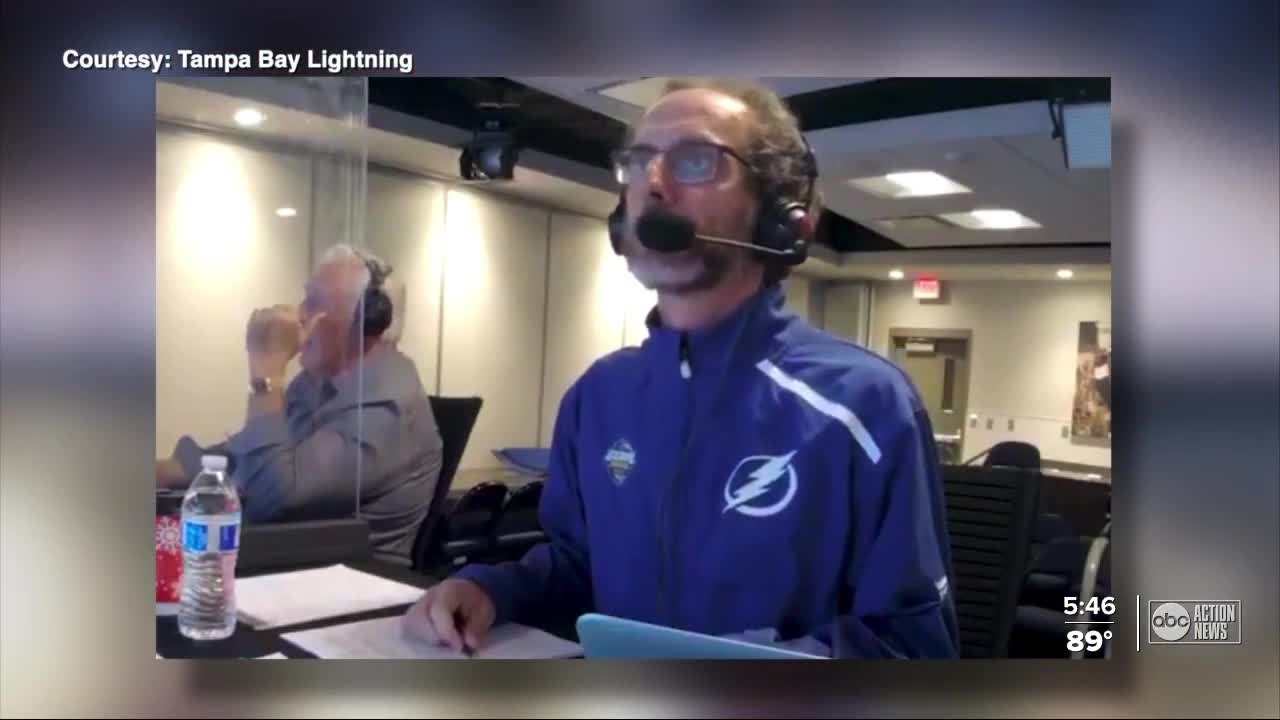 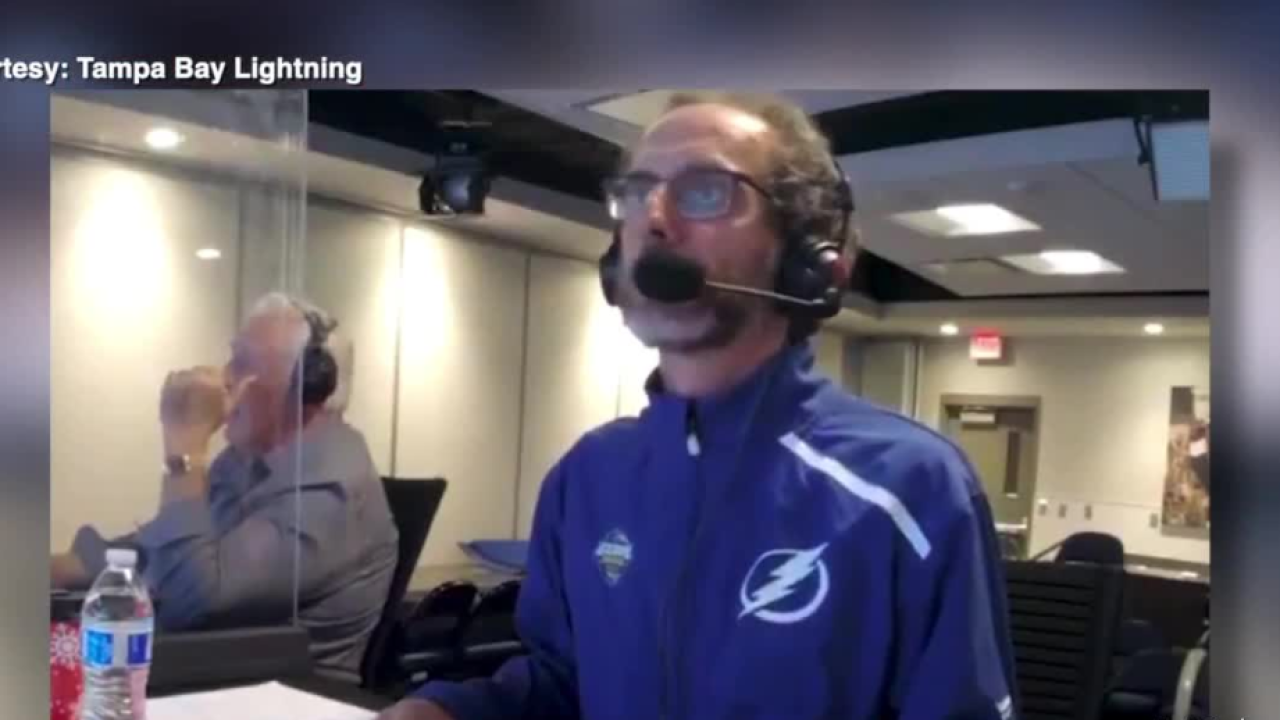 TAMPA, Fla. — Even though the Lighting is in Edmonton, announcer Dave Mishkin and color commentator Phil Esposito are set up at Amalie Arena watching the games on television like everyone else.

But Mishkin has had a lot of reasons to yell lately.

Victor Hedman’s goal against Boston won that playoff series. Then Anthony Cirelli sent the Bolts to the Stanley Cup Final and Mishkin out of his seat.

Thanks to COVID-19, and the restricted NHL bubble in Edmonton, Mishkin isn’t with the team.

Instead, he’s calling these crucial games from the Amalie Arena media room, watching on oversized monitors.

“It’s much better to be able to call the games on the monitor than not to call them. But it’s not the same as being in the building for sure. Everything is in two dimensions, not three," said Mishkin.

So many are missing out on all the excitement that would come with the Stanley Cup Finals being played here, but Mishkin says the games are still intense and dramatic.

As for those boisterous radio calls, Mishkin says he’s doing what he always does.

“I just try and do the same job whether there was a camera on me or not. Whether it’s a playoff game or not and that’s trying to do the best job that I can," Mishkin said.

Mishkin actually has some experience calling Lightning games while not being with the team. Twice before he had to do it as his wife battled breast cancer.

That was four years ago, and he says she’s doing great these days.