Each Cup-winning Lightning player, coach and trainer gets his own day with it 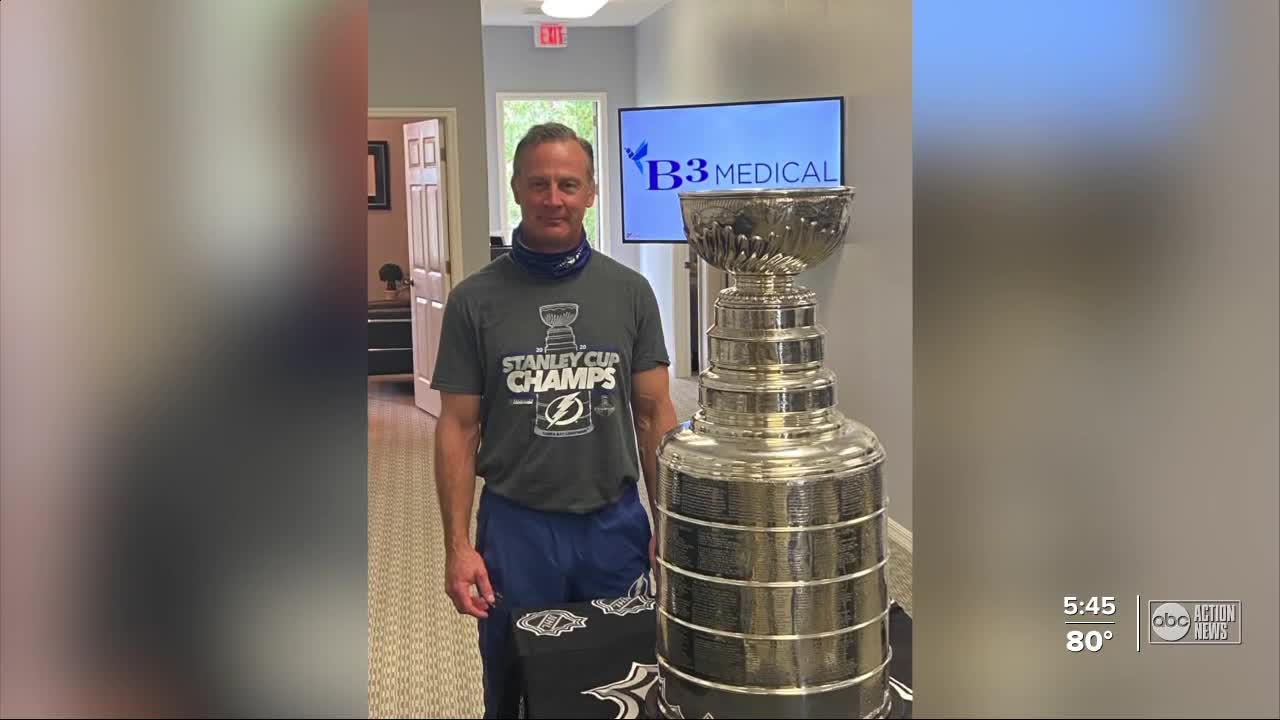 Typically one of the perks of winning the Stanley Cup is players and team personnel can bring the cup back to their hometown. During these COVID-19 times, things are different. 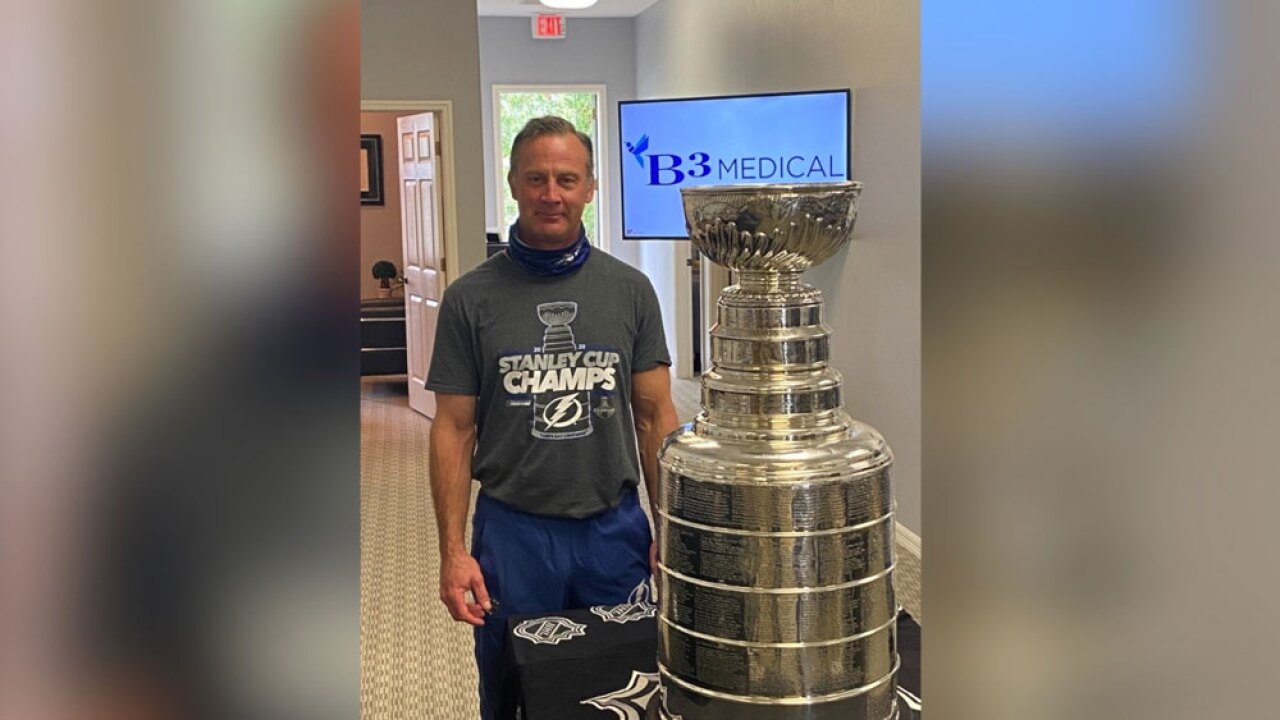 WESLEY CHAPEL, Fla. — Soon after the Tampa Bay Lightning won the 2019-2020 Stanley Cup championship, the city had its celebration with Lord Stanley’s Mug with a boat parade.

Now that that excitement has settled, each Cup-winning Lightning player, coach and trainer gets his own day with it.

Monday was team chiropractor Dr. Tim Bain’s day. He displayed it in his B3 Medical office for patients, friends and family to snap a picture with it.

Wherever the Cup goes, so does Philip Pritchard, the official Keeper of the Cup.

“We’re trying to be as precautious as possible,” Pritchard said. “Not only for the general public but the Tampa Bay Lightning organization. When we have a three-foot object that gets touched regularly, we’re trying to keep people as safe as possible.”

Typically one of the perks of winning the Stanley Cup is players and team personnel can bring the cup back to their hometown. During these COVID-19 times, things are different. The Cup must stay in Tampa Bay.

“I think the great thing about it though is they get to celebrate with their teammates and local friends and family,” Pritchard said. “They all know that the team is much more than the guys on the ice, it’s their friends, neighbors, all of those that have their share in this.”

“We got the fortunate thing of getting the Stanley Cup engraved,” Pritchard said. “That usually doesn’t happen until the end of the tour. This year we did it at the beginning, again thinking outside the box, guys get to see their name on the Cup.”

And, hoping it makes a home here in Tampa Bay for much longer.