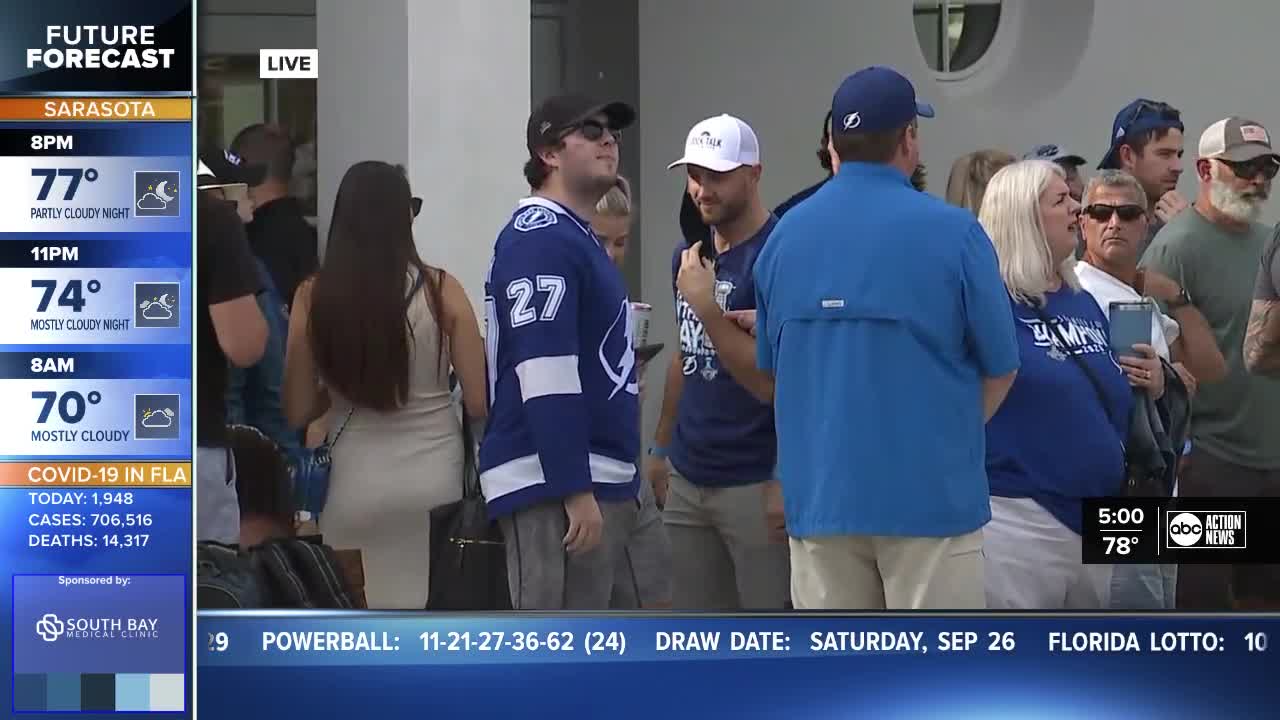 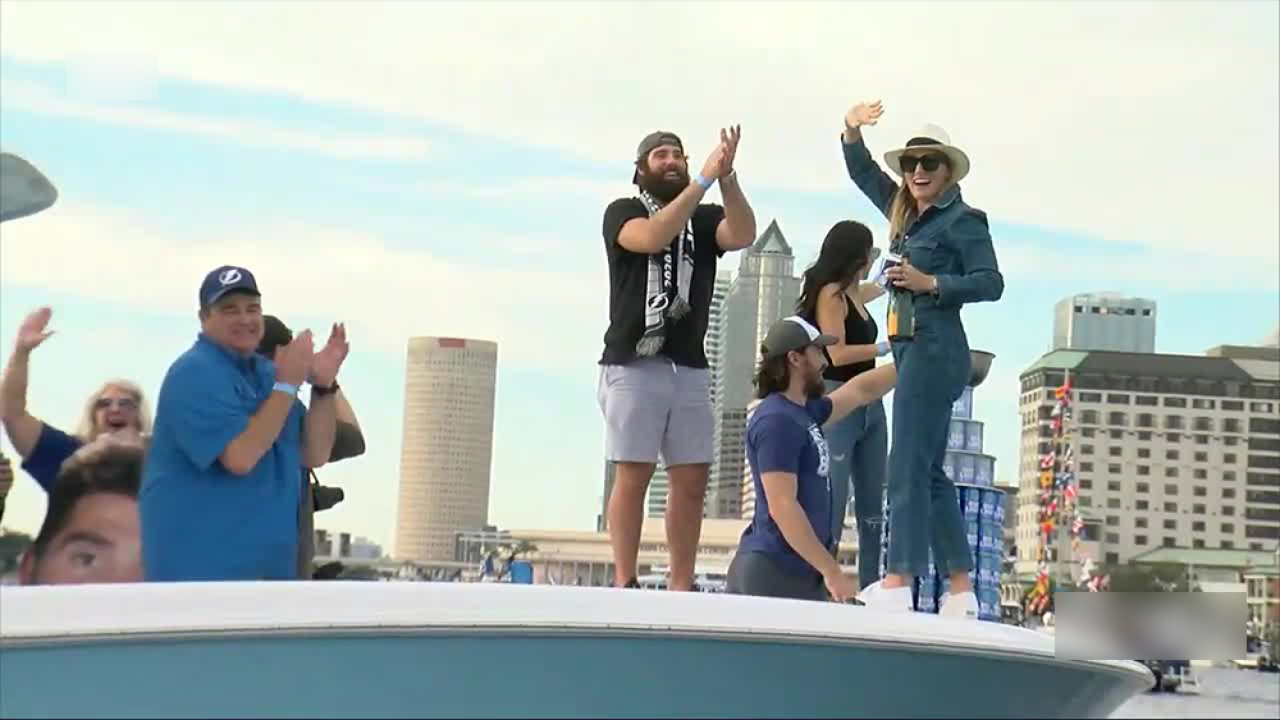 TAMPA, Fla. – As the Tampa Bay area gets the season's first taste of the cold front, many Lightning fans -- and players -- wore their booze sweaters during Wednesday's Stanley Cup celebration.

The city of Tampa celebrated the Lightning's championship run with a boat parade and a fan rally at Raymond James Stadium on Wednesday. Bolts fans lined up the Tampa River Walk to greet the newly-crowned champs from afar.

For Lightning players, their celebration was in playoff form as captain Steven Stamkos chugged his drink out of the Stanley Cup, Mikhail Sergachev served champagne to his teammates aboard one of the boats and Ryan McDonagh's mom playfully crashed her son's interview with ABC Action News.

Your Captain finally gets to drink from the #StanleyCup!!! pic.twitter.com/pMXk0Gp1om

Lightning's Alex Killorn, known by Tampa Bay sports fans for his Dock Talk series on social media, rode his jetski with Lord Stanley's trophy by his side.

Wednesday's festivities capped off the Lighting's historic season as they beat the Dallas Stars in six games to capture the team's second Stanley Cup. Prior to the Stanley Cup Final, the Lightning survived bruising battles against the Columbus Blue Jackets, the Boston Bruins and the New York Islanders in the NHL bubble.

Off the ice, the Lightning battled homesickness and being away from their families for more than 60 days, as they were stuck in the two NHL bubble locations, Edmonton and Toronto.

RELATED: Lightning return home to Tampa with the Stanley Cup, reunite with families