Dr. Tim Bain has worked with the Tampa Bay Lightning since 2011 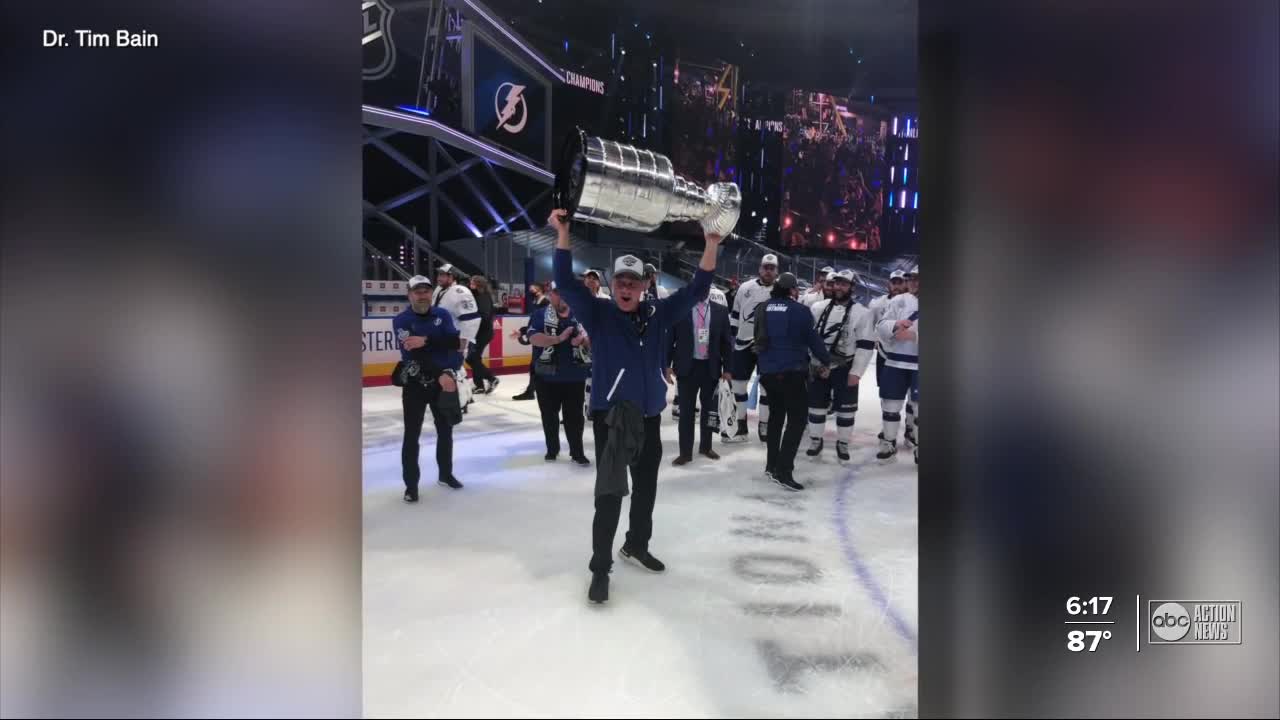 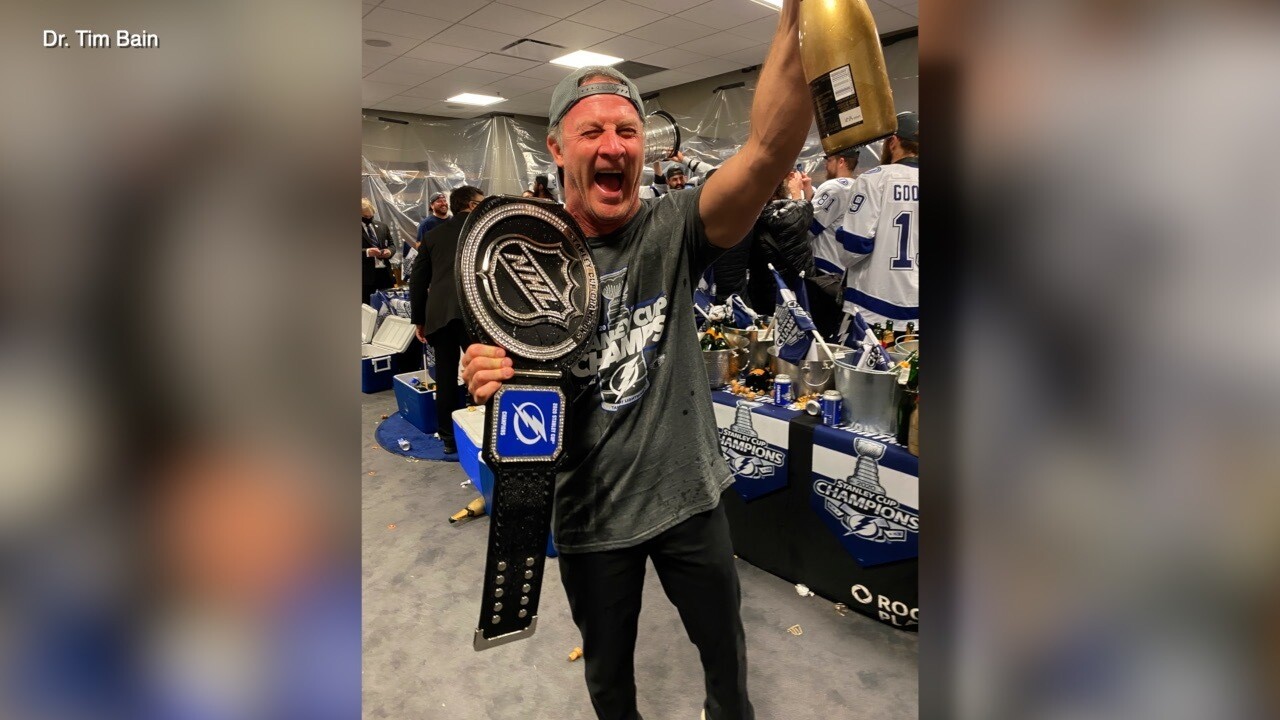 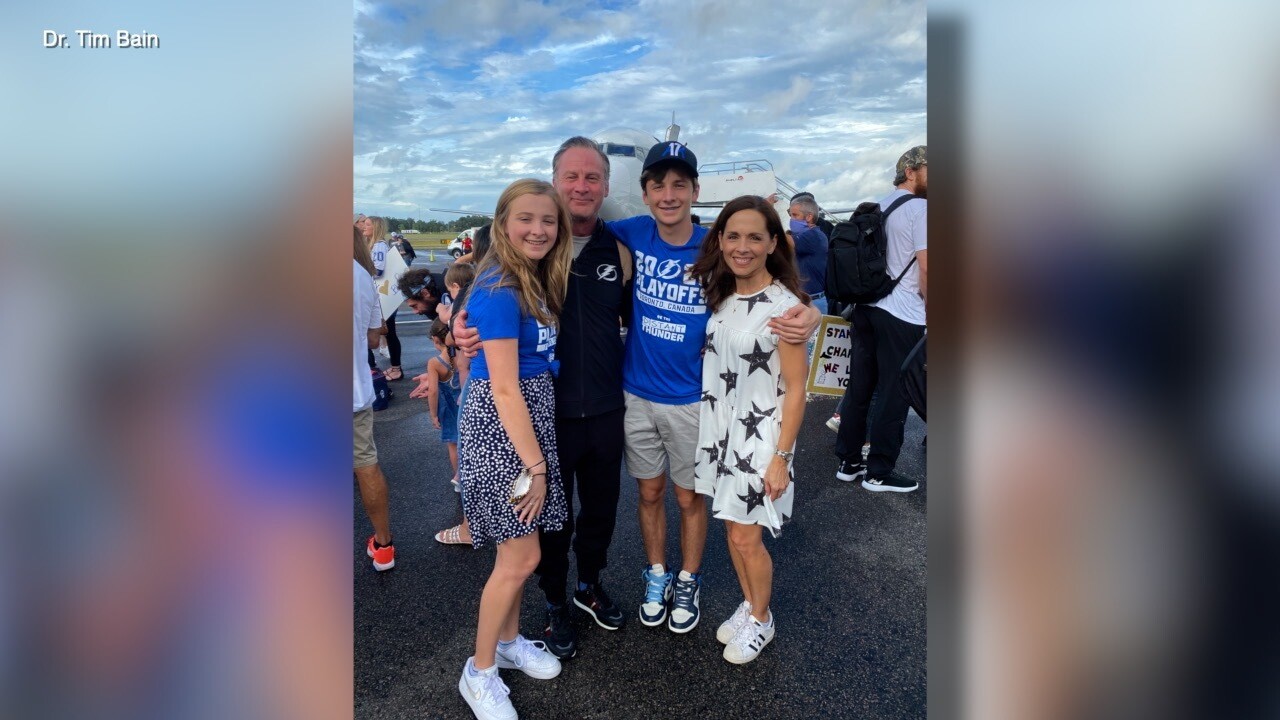 WESLEY CHAPEL, Fla. -- It’s been one week since the Tampa Bay Lightning won the Stanley Cup and returned home from the NHL’s playoff bubble.

It began with 24 teams in two hub cities in Toronto and Edmonton.

“It’s kind was like a kids hockey tournament,” Lightning chiropractic physician Dr. Tim Bain said. “You’re in there with all the teams. You’re seeing the other guys there.

“One of the beautiful thing about hockey is that you beat the crap out of each other then you come back (to the hotel) and have a beer,” he said.

Dr. Bain experienced that quarantined bubble life of hotel walls and conference rooms. The team spent the first five to six weeks in Toronto before traveling to Edmonton for the Eastern Conference Final and Stanley Cup Final.

“We had an outdoor space (in Edmonton), it was concrete,” Dr. Bain said. “We used to call it the yard. We joked about prison. Hopefully, prison is worse.”

With the nature of Dr. Bain’s job, he was already really close with the Lightning players. But, after 65 days in the bubble, those players became like family.

“You get camaraderie that you never got before,” he said. “You are truly a family now. There’s 52 that were in that bubble that will never be separated by anything. We’ve all been there for that cup," Dr. Bain said.

Team captain Steven Stamkos was a big part of keeping the team together. He played less than three minutes due to injury, but scored a magical Game 3 goal in the Bolts' 5-2 win.

“It was probably the greatest sports moment in my life, besides winning the cup,” Dr. Bain said. “I feel like I’m tearing up now too."

“The amount of courage (Stamkos) gave to the rest of the team through that fight. There was a time when we all came into the locker room a little down. I think it was after a loss. He put up some inspirational words in the locker room. None of the guys knew he done it. They walked in and again, it hit you over the head. This is our captain. He’s been our captain for a long time,” he added.

A long time and a long way from home, Dr. Bain is happy to be home with his wife, kids and a new addition.

“We had just gotten a new dog, so that was a little tough around my wife, I think," he said.