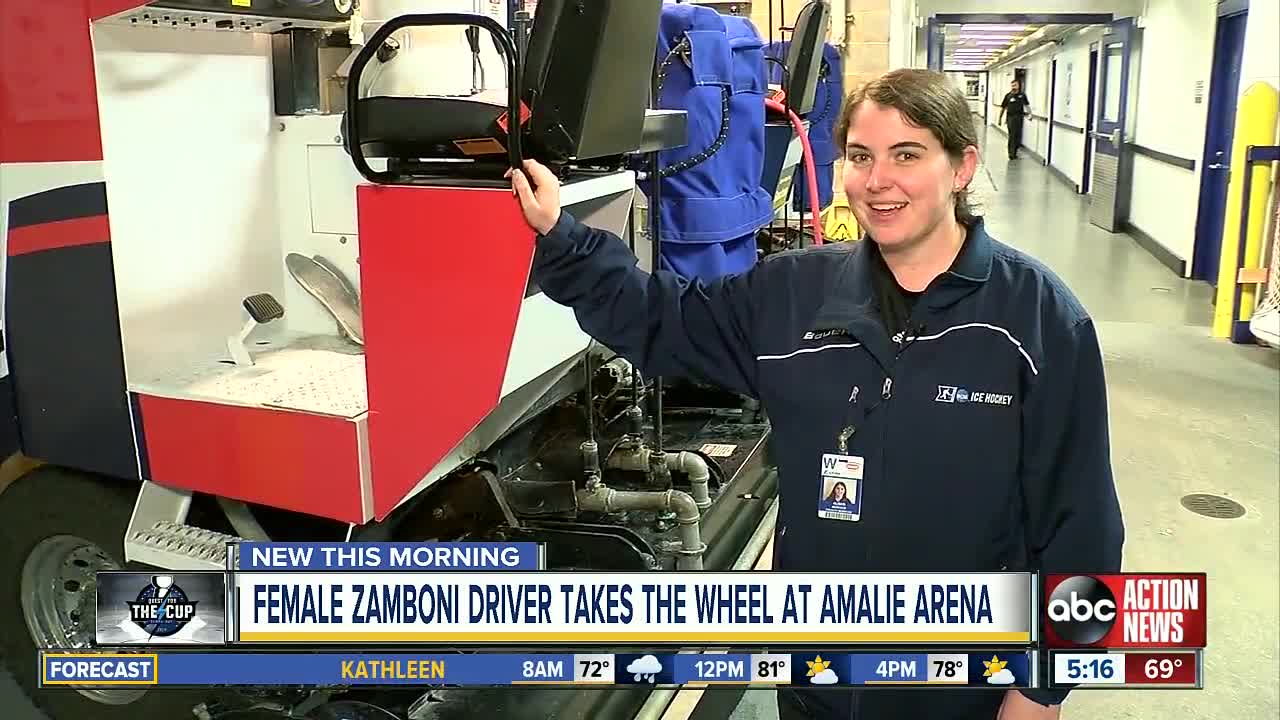 Alison Murdock, a member of the Tampa Bay Lightning’s ice crew, is the only full-time Zamboni driver in the NHL. 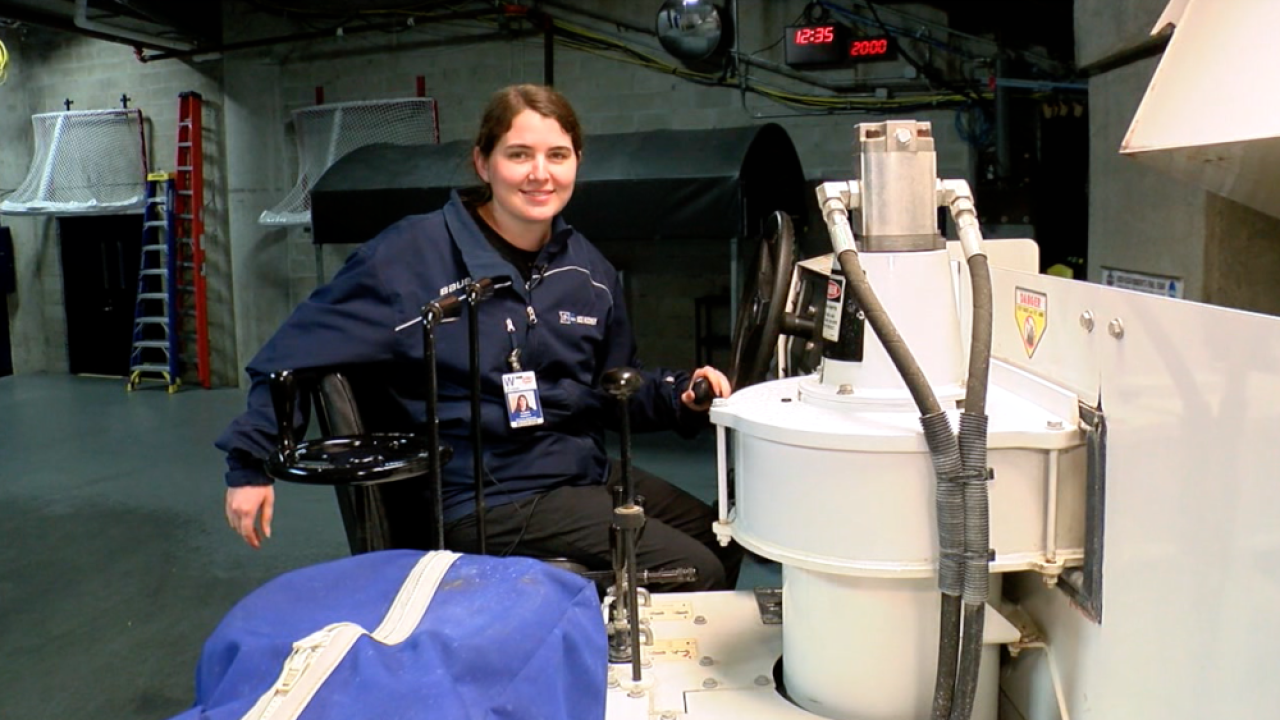 TAMPA, Fla. — When the Tampa Bay Lightning take to the ice Wednesday night at Amalie Arena for the start of the playoffs, they will have Alison Murdock to thank for the shiny smooth playing surface.

The 26-year-old is a Zamboni driver. She resurfaces the ice during the game to make sure the hockey stars have the best skating conditions possible.

“It’s more than just driving around in circles,” says Murdock.

Murdock is currently the NHL’s only full-time female Zamboni driver. She shaves the ice, restores the ice, all in that big hulking vehicle that goes about 9 miles per hour.

RELATED: NHL-best Lightning eager to get started against Blue Jackets

Murdock is used to ice. She played hockey growing up in Wisconsin. But the way she landed her job is something out of a movie.

The Lightning's ice chief, Tom Miracle, admired Murdock's skating skills at one of the team's fantasy camps. He offered her a gig with his crew, shoveling excess ice during the game.

Murdock took over for Tom on the Zamboni when he recently fell ill.

“They’ve been teaching me the last couple of years,” Murdock says. “I ended up doing my first game last season during the playoffs against Boston. It was intimidating.”

She says the increase in women playing ice hockey will hopefully lead to more women taking the Zamboni wheel.

She loves seeing her “fans” — boys and girls — during games.

“They’ll come down to the glass and wave at me,” Murdock says. “I’ll wave back if I’m not too focused.”

She is also excited for the Stanley Cup playoffs. Murdock hopes the Lightning will go on a 16-game winning streak, which would allow them to hoist the Cup.