What's happening in Tampa Bay this weekend? | January 17-19
SportsQuest for the Cup 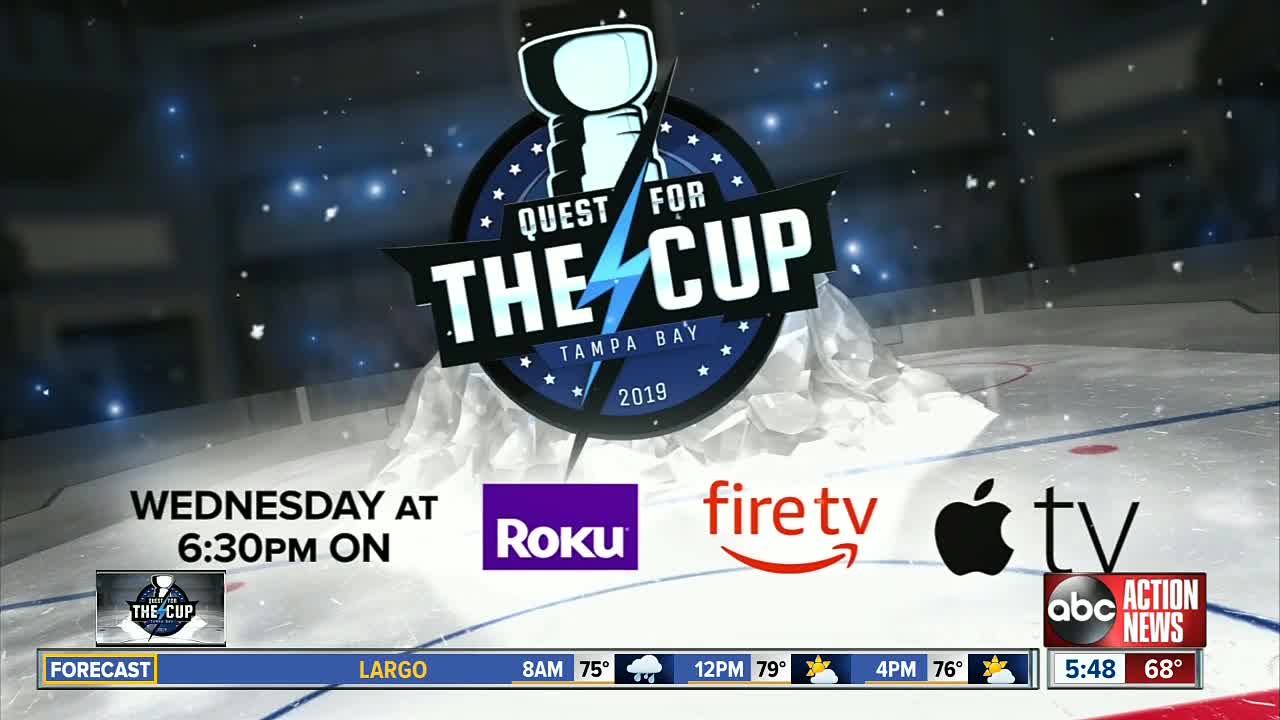 Claiming the President’s Trophy won’t mean much, if the Lightning can’t hoist the Stanley Cup for the first time since 2004. 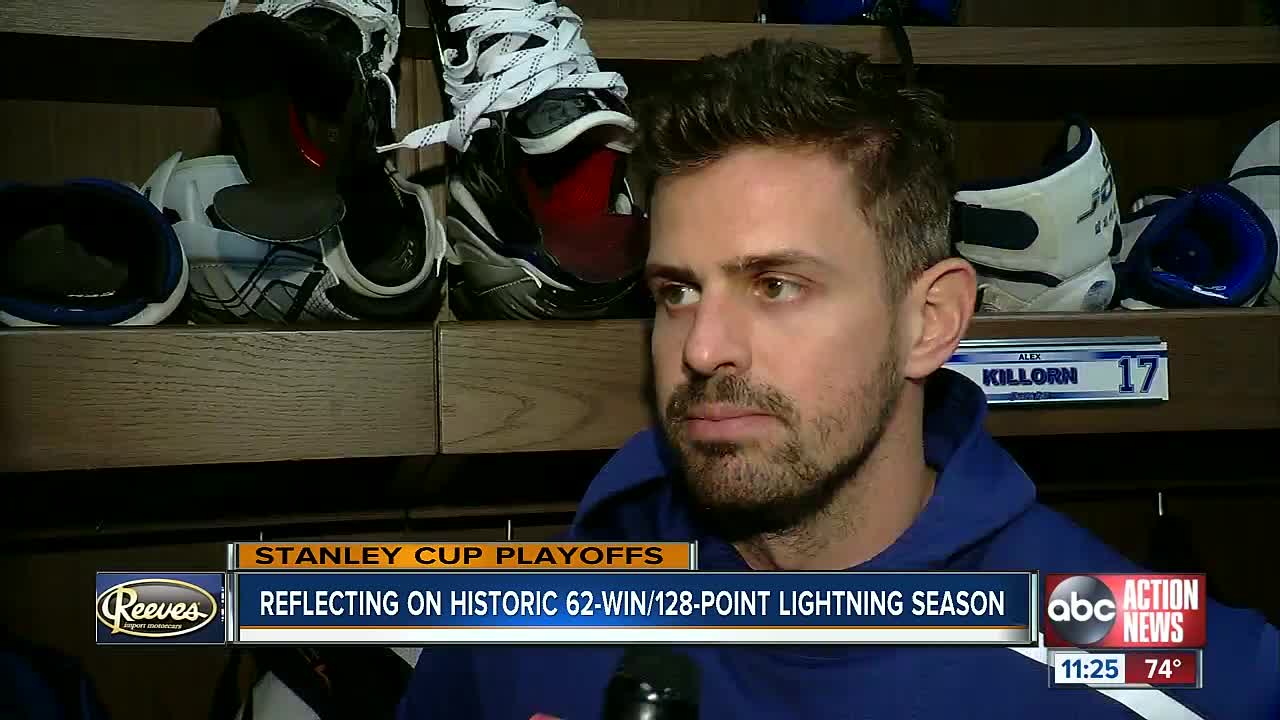 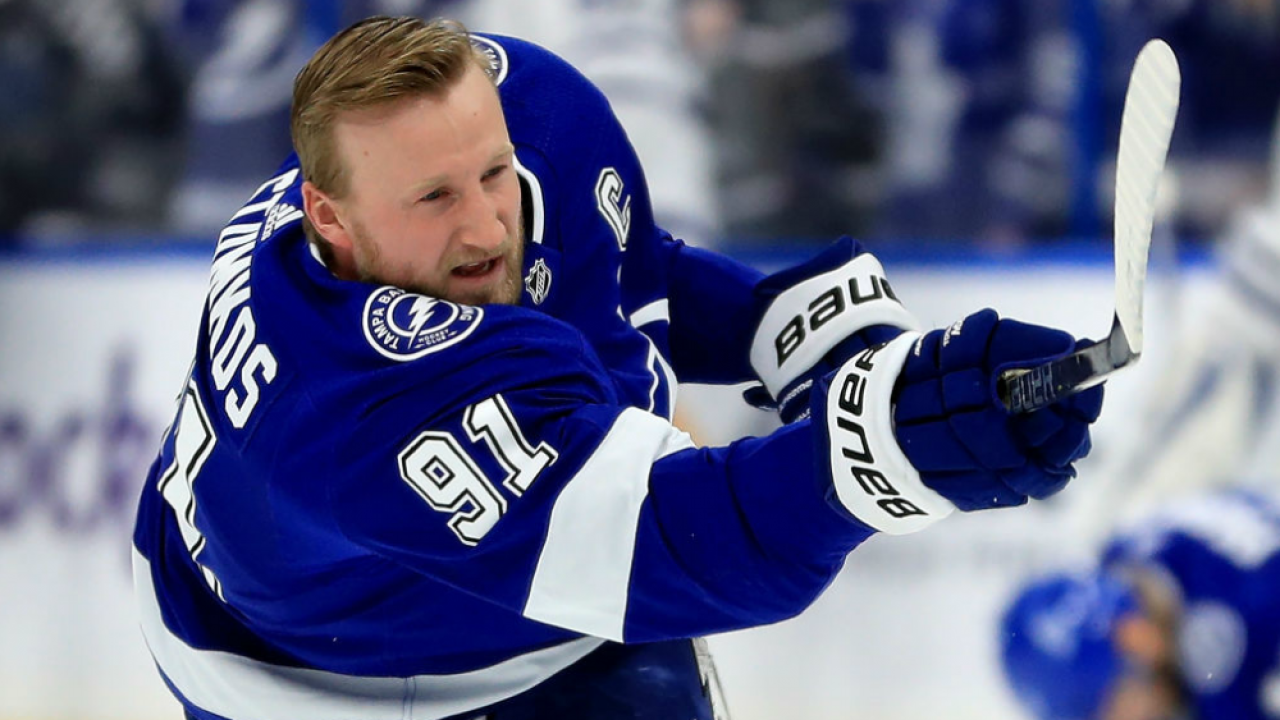 The Tampa Bay Lightning captain became the franchise’s career goals leader this season while helping the NHL’s top team match the 1995-96 Detroit Red Wings for most victories in a season with 62.

Claiming the President’s Trophy won’t mean much, though, if the Lightning can’t win another 16 games in the playoffs and hoist the Stanley Cup for the first time since 2004.

Just don’t try to convince them they’re embarking on a “championship or bust” journey when they begin their first-round series against the Columbus Blue Jackets at home on Wednesday night.

“Everyone likes talking about Stanley Cup or bust. We’re focused on the Columbus Blue Jackets. We’re not focused on that,” Stamkos said. “We have a job to do against a very good hockey team.”

Nevertheless, after advancing to the Eastern Conference finals three of the past four seasons but only appearing in the Stanley Cup Final once (2015), the Lightning know a season that saw Nikita Kucherov win the scoring title and goaltender Andrei Vasilevskiy lead the league in wins ultimately will be remembered for what happens in the playoffs. The 1995-96 Red Wings, after all, lost in the conference finals to eventual Stanley Cup champion Colorado.

“Sixty-two wins doesn’t guarantee that we’re going to move on,” Tampa Bay coach Jon Cooper said. “Sixty-two wins makes us feel pretty good about ourselves, that we can play the game at a high level. But playoff series — there’s health, there are matchups, there are so many different things that go into them. But have you prepared yourself for this moment? We feel we have. Where we take this from here, that’s the unwritten part of this story.”

Columbus, which bolstered its roster at the trade deadline with the addition of Matt Duchene, are coached by John Tortorella, who led Tampa Bay to the Stanley Cup title 15 years ago. The Blue Jackets won seven of 10 down the stretch to earn the final playoff spot in the East.

“I just think we’ve been a team that’s found a way. We’ve talked about that all year long,” Tortorella said.

“We’ve had some inconsistencies through the year, had a lot of things around the team but we still found a way to get 98 points and get in,” Tortorella said. “So we feel really good about ourselves, how we had to do it. It’s tough to make the playoffs, so we feel very fortunate and look forward to the opportunity.”

The Lightning swept the season series against Columbus 3-0.

HEDMAN ON THE MEND

Tampa Bay defenseman Victor Hedman, last year’s Norris Trophy winner, returned to practice this week after missing the last four games of the regular season with an upper body injury. He’s been out since being injured on March 30. The Lightning are encouraged by his progress, but his status for Game 1 remains uncertain.

This is the first playoff series between Tampa Bay and Columbus. The Lightning have won the last six meetings, dating to October 2017. The Blue Jackets were outscored 17-3 in three losses to the Lightning this season.

“We know they’re a good team, but we feel we are, too,” Columbus center Nick Foligno said. “We’ve given ourselves an opportunity to play in the playoffs, so it doesn’t matter who we’re playing against, we’re going to put our best foot forward, we’re going to make sure that we’re doing all the things necessary to become a good team.”

NO TIME TO REMEMBER WHEN

Tortorella coached the Lightning for six full seasons between 2001 and 2008, making the playoffs four times. He had no interest this week in talking about the time he spent in Tampa.

“No reminiscing. Let’s talk about our team,” the coach said. ”’I’m not going to talk about Tampa Bay or reminisce about me being there. I’ll talk about our club and that’s where we go.”

“You can’t expect those high-scoring games like we’ve been a part of throughout the year. We expect it to be tight. That’s a team over there that has a coach that has a standard and expects a lot from their guys, especially on the defensive side of the puck, so we have to be ready to compete.” — Lightning captain Steven Stamkos.