TAMPA, Fla. — The party began more than two hours before faceoff and got merrier as the night wore on. The Tampa Bay Lightning won its second straight Stanley Cup title, defeating the Montreal Canadiens 1-0 to give a region becoming known as Champa Bay its third professional sports title in less than a year.

A sellout crowd of 18,110 packed Amalie Arena, while thousands more gathered outside to celebrate after being forced to follow the team’s entire 2020 NHL playoff run from afar due to the coronavirus pandemic. 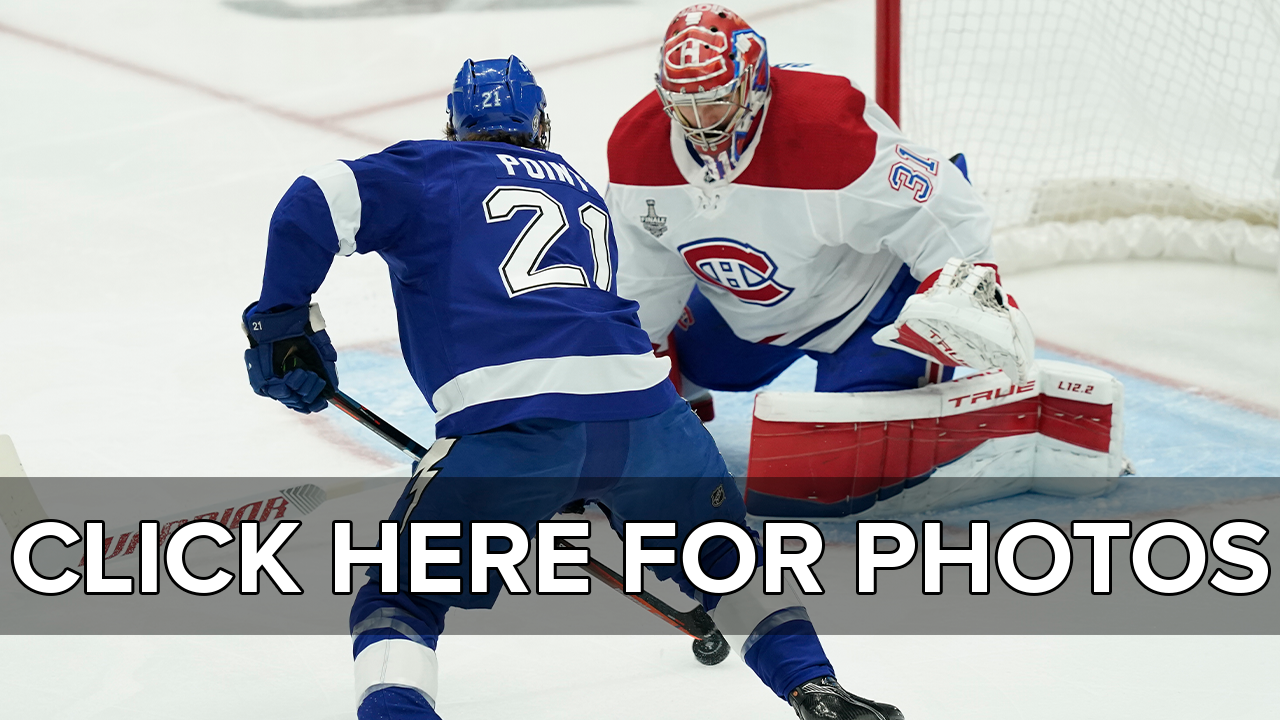 The Tampa Bay Lightning won the Stanley Cup for the second consecutive season. They beat the Montreal Canadiens 1-0 to wrap up the series four games to one, with Ross Colton scoring in the second period.

Andrei Vasilevskiy posted a series-ended shutout for an NHL-record fifth consecutive time dating to the 2020 final.

The victory came in front of over 17,000 fans at Amalie Arena, a far cry from last fall's win in an empty arena in Edmonton, Alberta.

The Tampa Bay Lightning are 20 minutes away from winning the Stanley Cup for the second time in 10 months. And the only two players in the lineup without their names engraved on the Stanley Cup made it happen.

Rookie Ross Colton's goal off a pass from veteran trade deadline pickup David Savard gave the Lightning a 1-0 lead on the Montreal Canadiens after two periods in Game 5 of the Cup final.

Colton scored 13:27 into the second period to crack Carey Price for the first time in Game 5.

The Canadiens even had the Lightning on their heels in the second period after Tampa Bay dominated the first.

The Tampa Bay Lightning and Montreal Canadiens are tied at 0-0 after the first period of Game 5 of the Stanley Cup Final. The Lightning lead the series 3-1 and are one victory from repeating as NHL champions.

The Lightning had several great scoring chances but could not crack Carey Price on 13 shots. Tyler Johnson also rang one off the post. Montreal only put four shots on Andrei Vasilevskiy in the first.

Copyright 2021 Scripps Media, Inc. The Associated Press contributed to this report. All rights reserved. This material may not be published, broadcast, rewritten, or redistributed.