Lightning return home to Tampa with the Stanley Cup, reunite with families

The Lightning spent 65 days in the NHL's playoff bubble 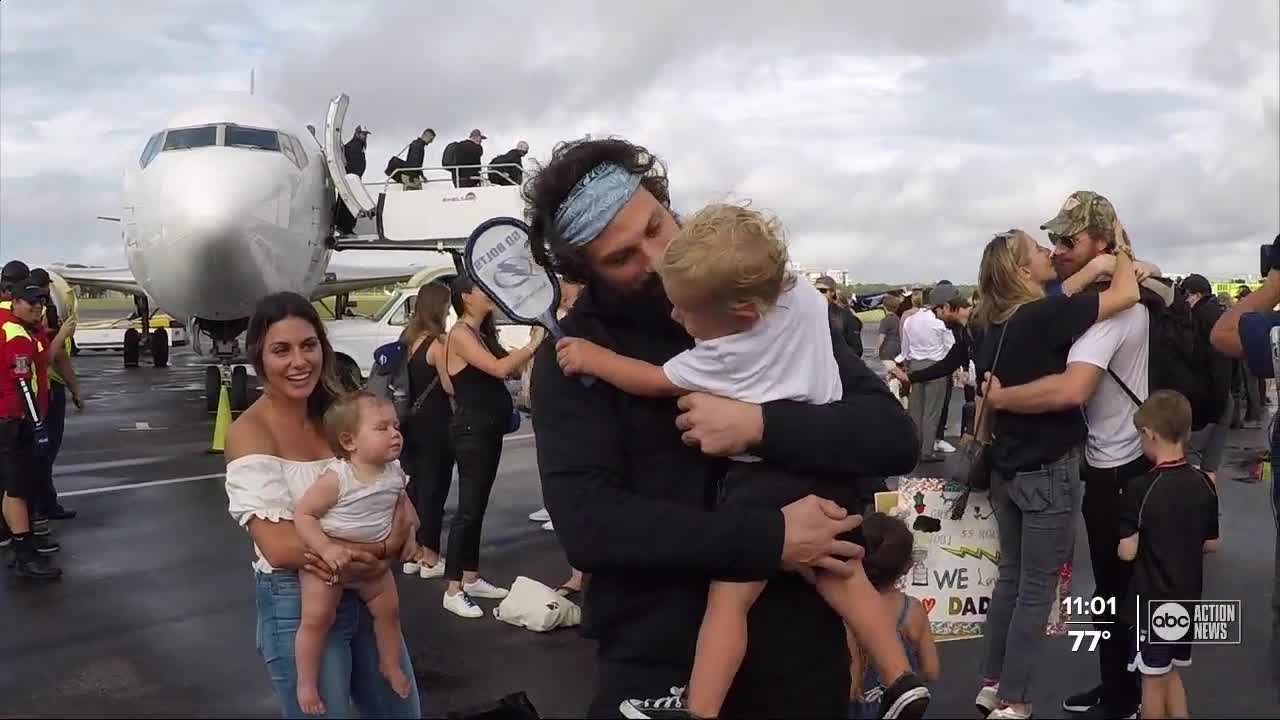 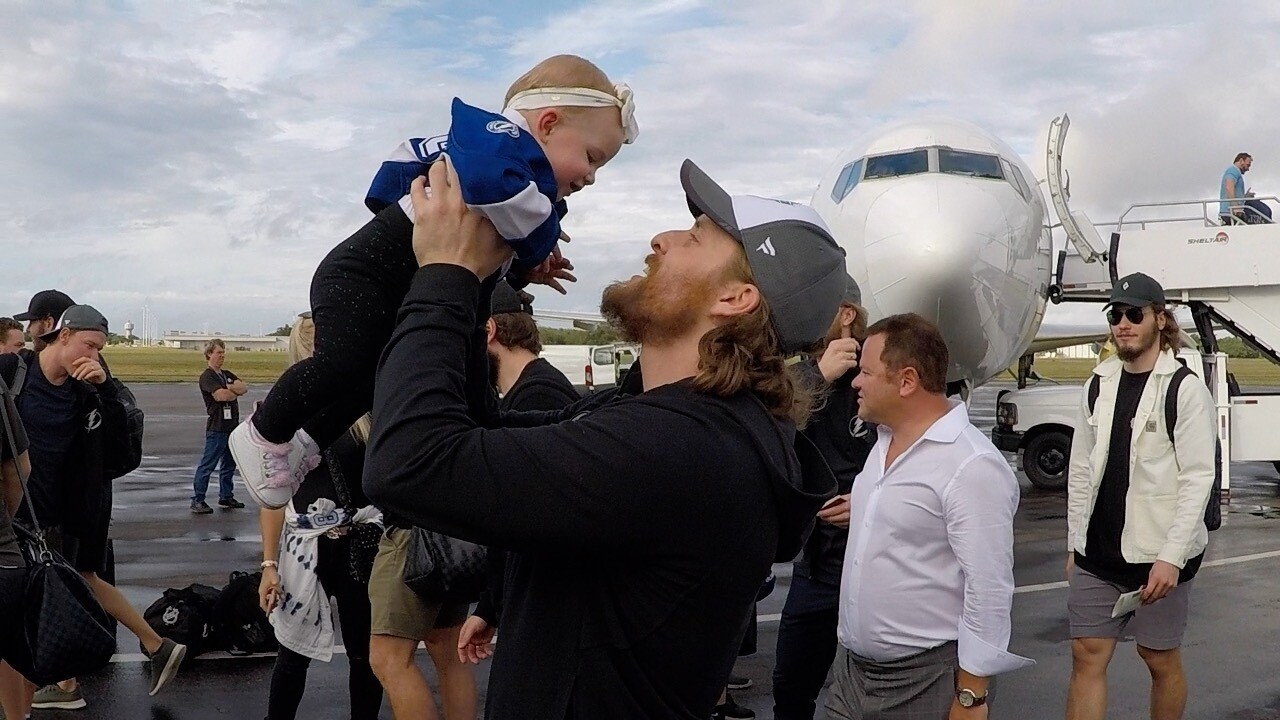 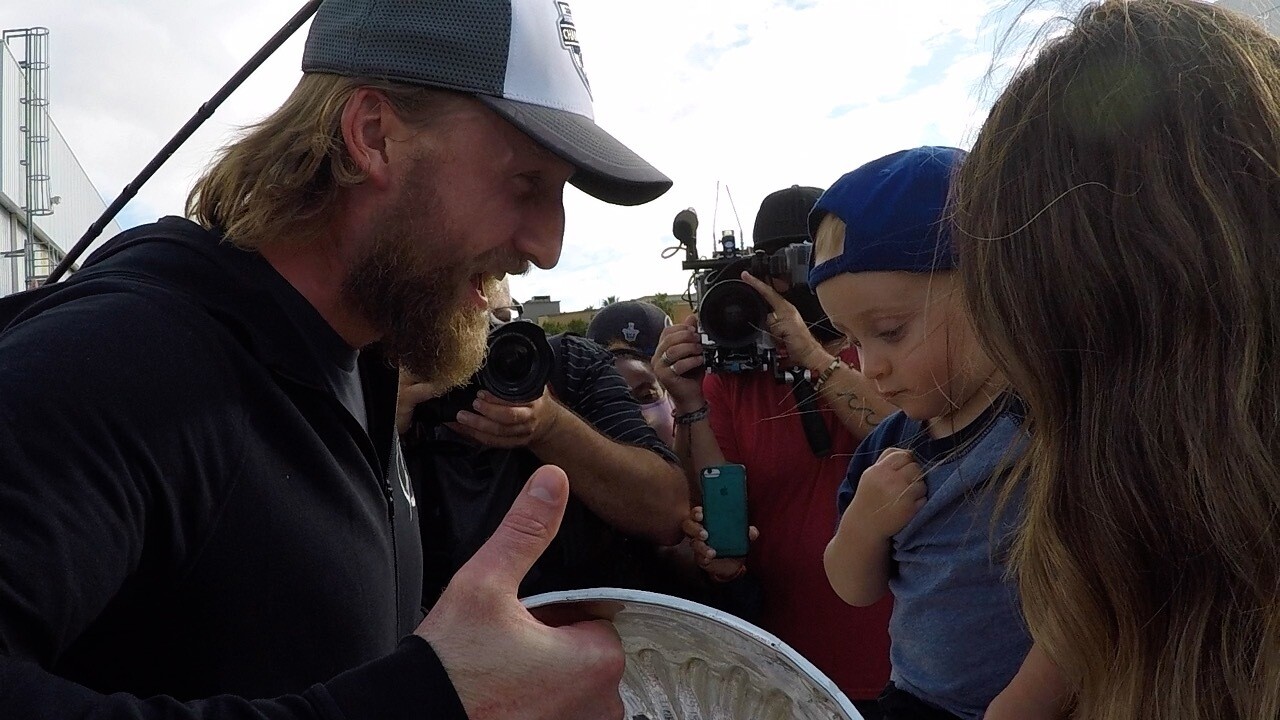 TAMPA, Fla. -- Tampa Bay Lightning team captain Steven Stamkos had the honors of delivering the greatest trophy in all of sports -- the Stanley Cup -- off the airplane and to a city that has waited so long for its arrival.

The team arrived at the Tampa International Airport Tuesday afternoon a day after defeating the Dallas Stars 2-0 in Monday’s Game 6 to win the Stanley Cup.

“They do all the heavy lifting,” head coach Jon Cooper said. “I couldn’t be more proud of the guys with all the heartbreak we’ve gone through the last 5-6 years.”

From heartbreak to hearts reunited.

The team was greeted by team owner Jeff Vinik and their biggest fans, their families who they have not seen in two months.

The Bolts left for the NHL’s playoff bubble in July.

It’s been 65 days since Lightning center Blake Coleman was able to lift his baby girl. Sixty-five days since defenseman Zach Bogosian laid a big wet kiss on his kids, and it's been 12 years in the making for Stamkos to share this moment of bringing the Stanley Cup to his son.

“I got to believe they are excited to see their families at this point,” Vinik said. “65 days in that bubble is really challenging for everyone involved.”

“This long away from the people you want to share it with, everybody here, for the police, firemen, the fans,” Cooper said. “We just felt the energy from everybody without being able to spend time with them.”

The trophy finally validates their blood, sweat and tears. For Vinik, he hopes this moment does even more for the community.

While lifting the cup.