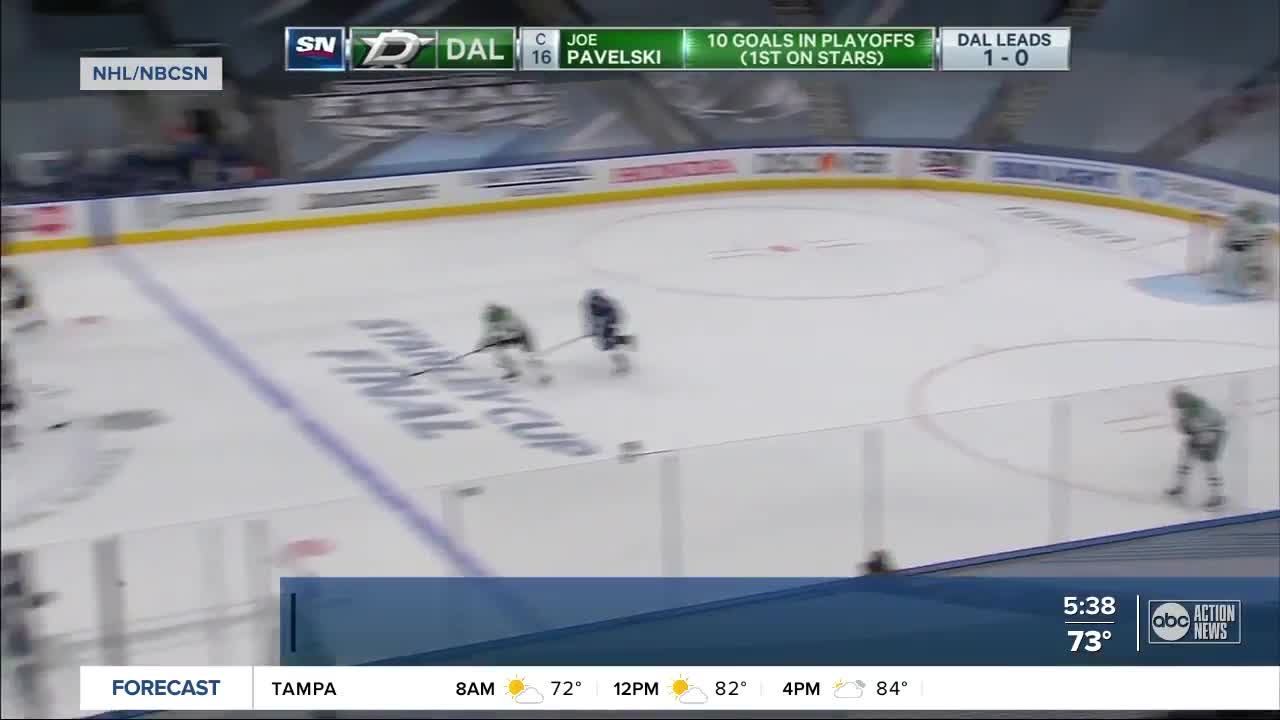 The Lightning avoided what could have been a disappointing collapse in Tampa Bay's 3-2 win in Game 2 of the Stanley Cup Final. 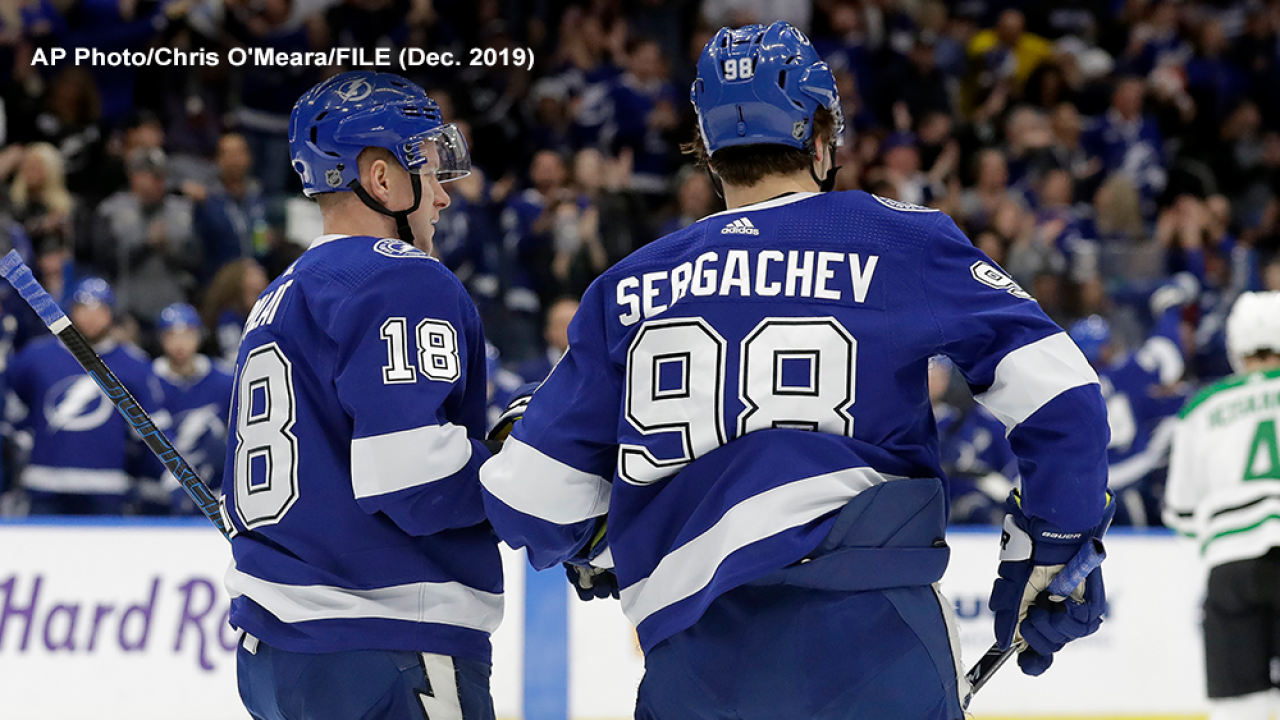 EDMONTON, Alberta (WFTS) — The Lightning avoided what could have been a disappointing collapse in Tampa Bay's 3-2 win in Game 2 of the Stanley Cup Final.

The Lightning drew first blood after Brayden Point scored a goal off assists from Nikita Kucherov and Victor Hedman a little over 11 minutes after the opening faceoff.

Less than three minutes after the first goal, Ondrej Palat took advantage of assists from Kucherov and Hedman to find the back of the net to double the Lightning's lead.

With less than five minutes left of the first period, Tampa Bay's Kevin Shattenkirk scored off assists from Blake Coleman and Anthony Cirelli to give the Lightning a 3-0 lead.

However, unanswered goals from Stars' Joe Pavelski and Mattias Janmark cut the Lightning's lead to one.

Thankfully for Bolts fans, goaltender Andrei Vasilevskiy and the Tampa Bay defense held on late to take Game 2 from Dallas.

The Lightning are entering the series bruised but battle-tested. Tampa Bay has had to play more than three full hours of overtime this postseason, a league record. On top of that, the Lightning have been without captain Steven Stamkos throughout the entirety of the NHL season restart.

In addition to missing Stamkos, forward Brayden Point missed two games in the Eastern Conference Final and Ryan McDonagh missed some games during the series against the Boston Bruins.