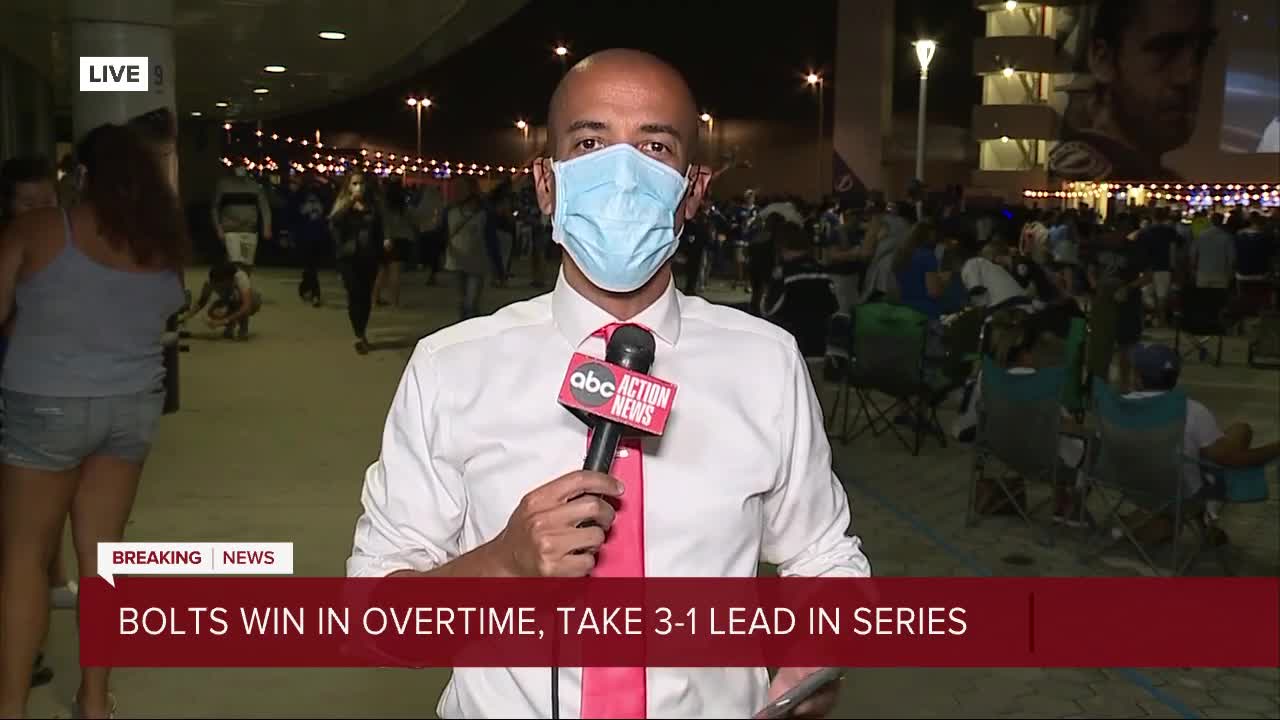 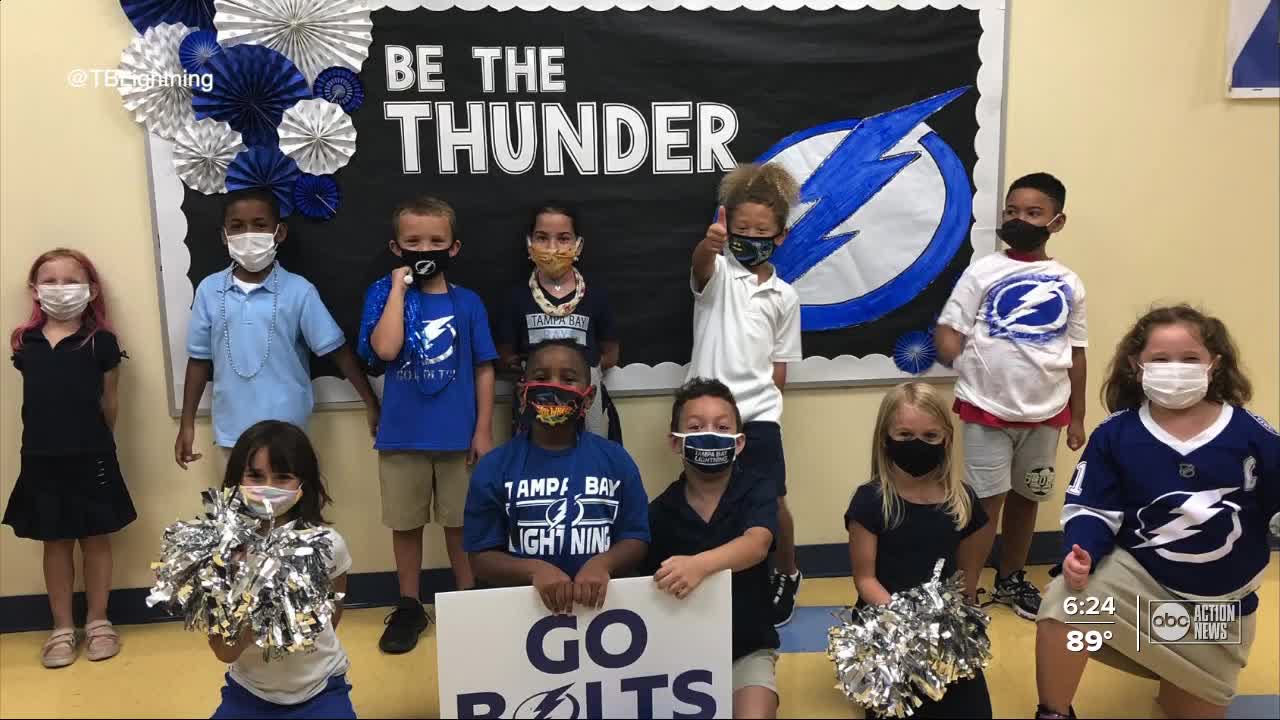 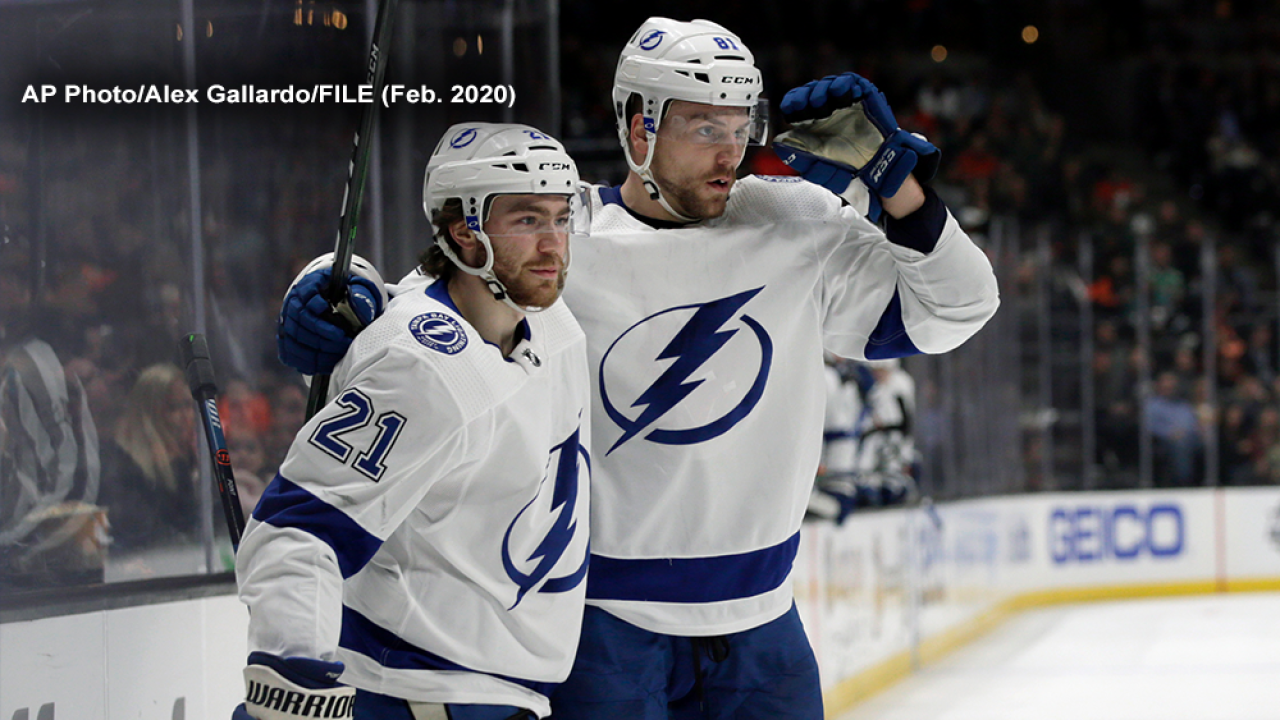 EDMONTON, Alberta (WFTS) – The Tampa Bay Lightning now holds a commanding 3-1 series lead against the Dallas Stars after surviving a bruiser of a game in overtime.

Minutes after killing a 4-on-3 penalty early in overtime, the Lightning's Kevin Shattenkirk scored on assists from Victor Hedman and Patrick Maroon to help Tampa Bay beat Dallas.

Early in the game, the Lightning fell on a 1-0 hole after the Stars' John Klingberg scored on Dallas' first shot on goal of the game. Dallas' Joe Pavelski found the back of the net with less than 2 minutes left in the first period to double the Stars' lead.

Tampa Bay's Brayden Point scored off assists from Ondrej Palat and Kevin Shattenkirk to put the Lightning on board just seconds before the end of the opening period.

Lightning's Yanni Gourde scored off an assist from Nikita Kucherov and Mikhail Sergachev to once again tie the game. Tampa Bay had a brief lead in the third period after Alex Killorn found the back of the net with a little over 13 minutes left in regulation.

However, Joe Palelski's late goal in the third period forced the game to go into overtime.

The Lightning still have a tough road ahead as Friday's game marked the first of a back-to-back in the Stanley Cup Final schedule, with the second game taking place in less than 24 hours. Tampa Bay may once again be without captain Steven Stamkos, who was ruled out of Game 4 due to an injury.

While Stamkos missed every game in the NHL season restart, minus Game 3 of the Stanley Cup Final, Lightning coach Jon Cooper did not rule out a possible return for the 6-time NHL All-Star later in the series.