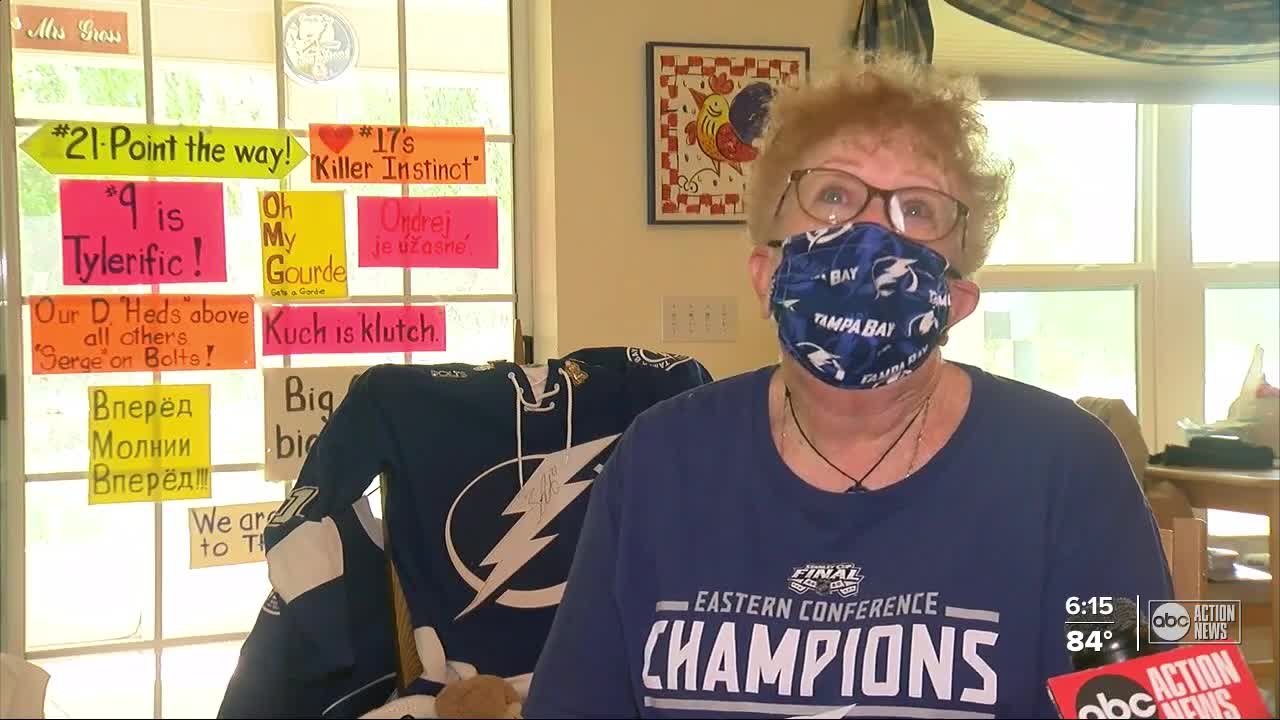 Gross has been a season ticket holder since that magical 2003-04 Stanley Cup championship season. She’s known around the arena for her custom signs. 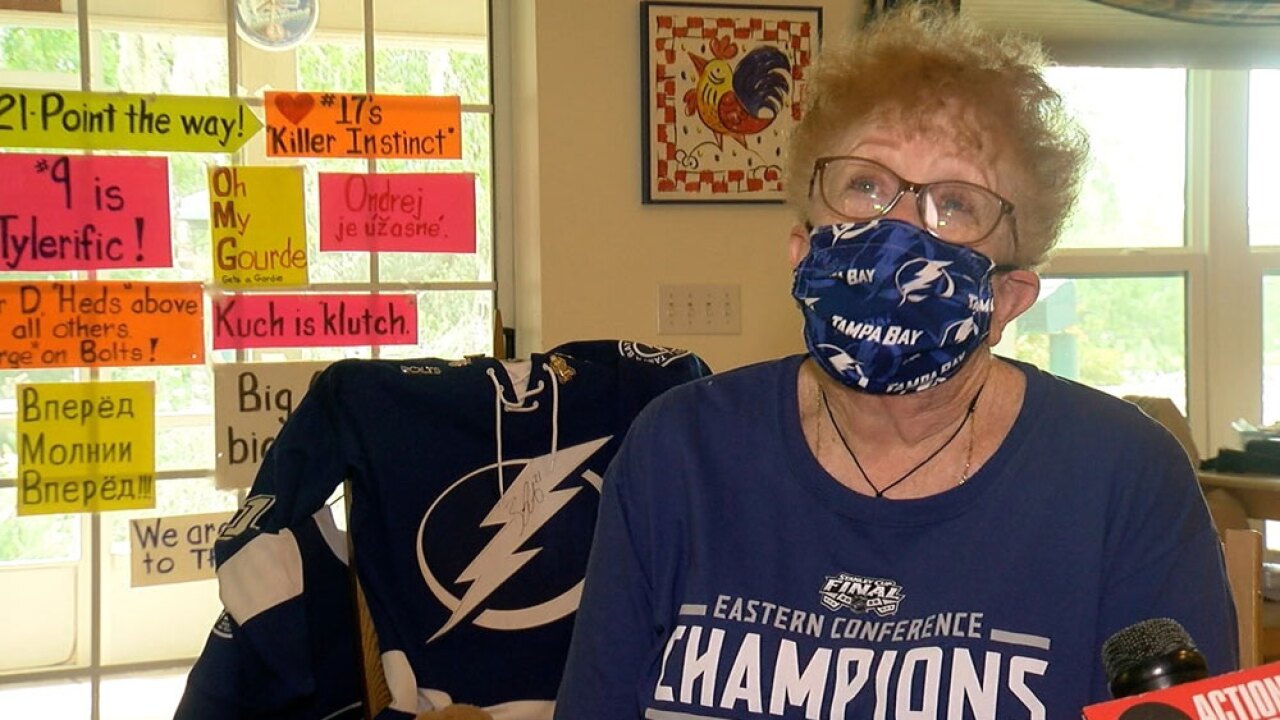 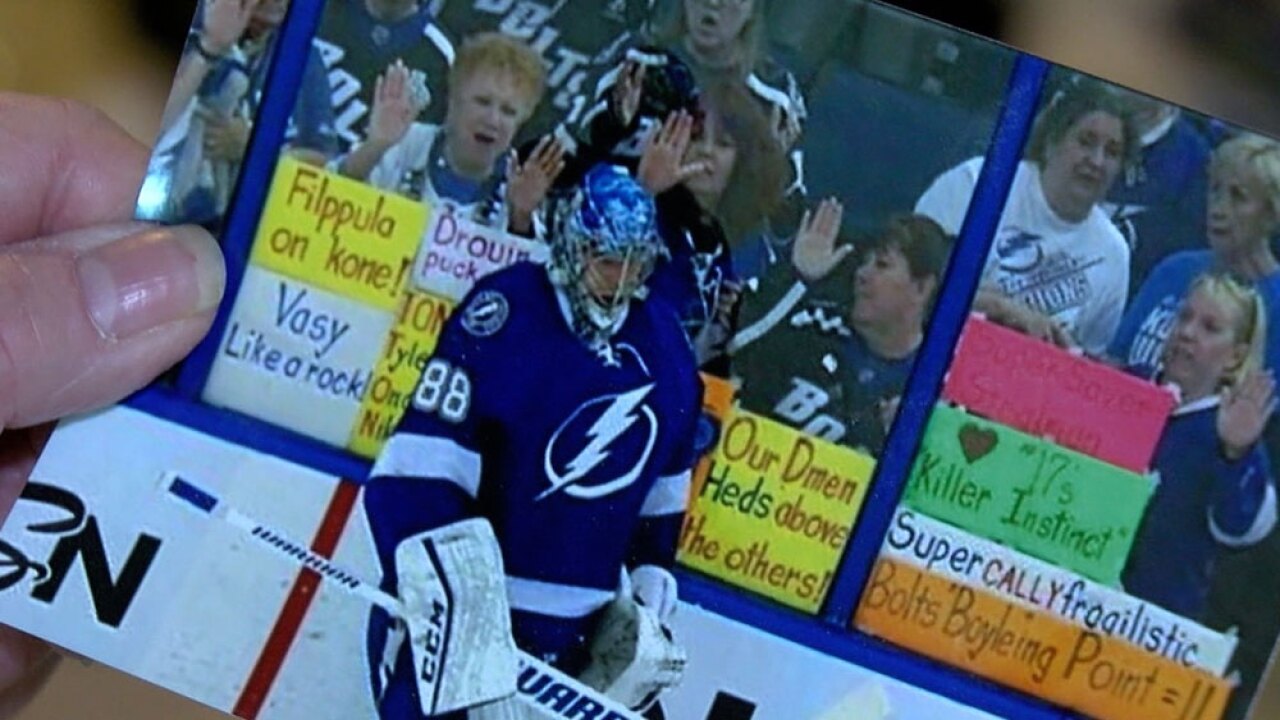 VALRICO, Fla. — Inside Amalie Arena is where Tampa Bay Lightning super fan Cookie Gross would like to be. Instead, she's just fine cheering on the Bolts from her living room.

"I would love to be in the building," Gross said. "I remember the excitement from '03-04. Of course, every playoff we have been involved in since then. But, the key for me is keep the players safe."

The Lightning trail the Dallas Stars 1-0 in the best-of-seven Stanley Cup Final, with game two scheduled for Monday night.

Gross has been a season ticket holder since that magical 2003-04 Stanley Cup championship season. She's known around the arena for her custom signs.

"One time, when my husband and I were out of the country, we got a text, 'you're not here, neither are the signs. We're not playing well,'" Gross said.

Now that the Bolts have been out of the country for months playing in Toronto and Edmonton, the signs still go up — but on the windows of Gross' living room.

That's not all she does to give the boys some good luck in the bubble.

"The more we have been suffering, the more jerseys I bring out here for good karma," she said.

She places those jerseys throughout her house and on the sofas. She also places Lightning bobbleheads and stuffed bears in Bolts gear, the Dallas Stars better lookout.

This die-hard fan has a good idea of how this series will play out.

"It doesn't bother me that we are one down. I lived through' 03-04 and that final series against Calgary," she said. "We won games two, four, six and seven. I'm expecting a win tonight."