Bolts' equipment managers are packing for a two-month road trip 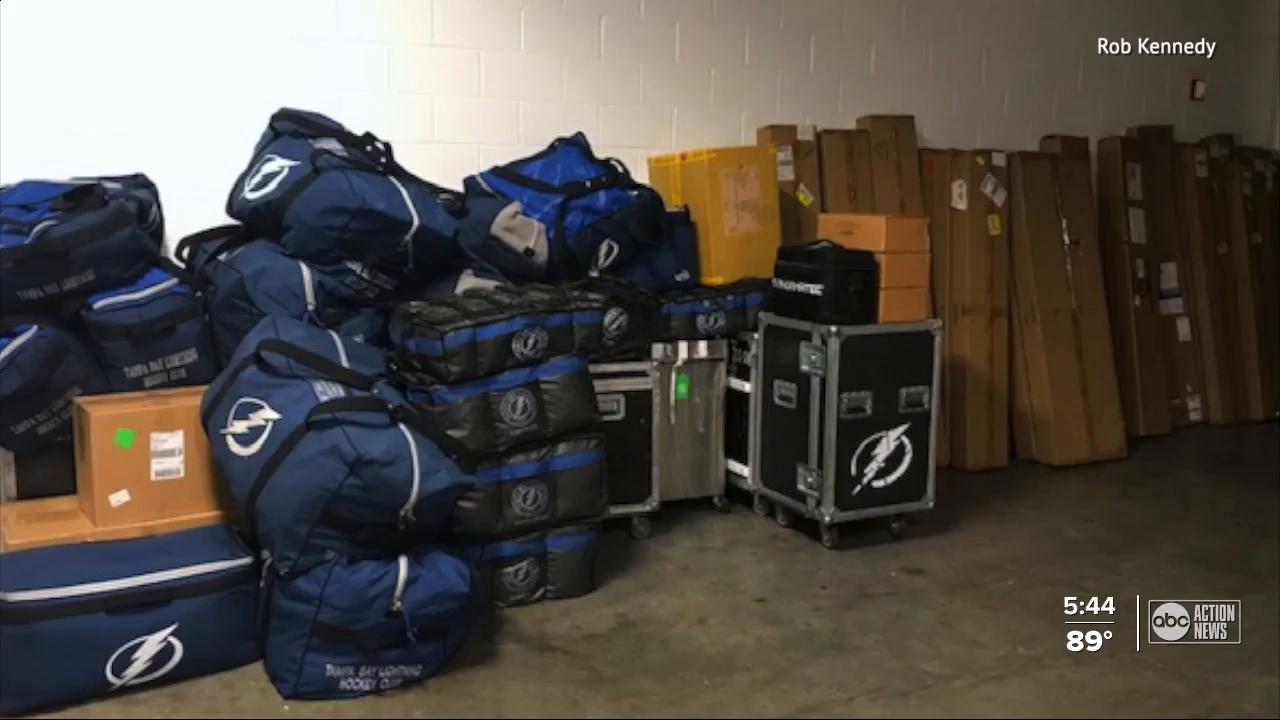 The Lightning leave for Toronto Sunday for the NHL's restart. The challenges for the players and coaches is obvious — but the challenge for the team’s equipment managers aren’t quite as visible. 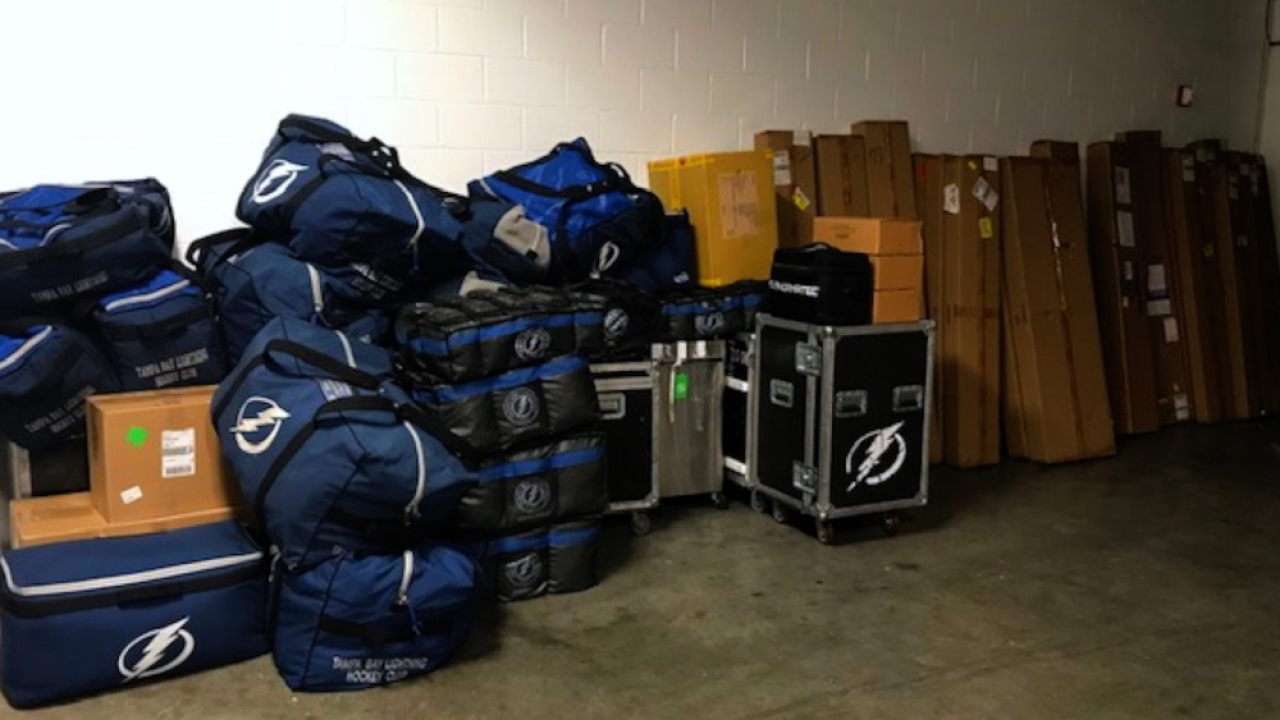 TAMPA, Fla. — Packing for one can be stressful. Imagine packing for 31 players and several more coaches.

“If you look at it from the whole, if you let it overwhelm you, it’s incredibly difficult,” assistant equipment manager Rob Kennedy said.

The Lightning leave for their bubble in Toronto on Sunday.

“We are packing for two months,” Kennedy said. “In terms of what we are bringing — sticks, extra gloves, extra skates — we’re trying to cover all of our bases in terms of how long we are going,” Kennedy said. “We are planning on playing up to 32 games.”

Kennedy must submit a manifest that outlines everything they’re bringing on the plane. The bags keep piling up, so far they will haul 9,138 pounds of equipment, including six boxes of hockey sticks weighing 720 pounds. This does not include five pallets of gear that was already shipped to Toronto.

“For this particular trip, we are about 2,000 pounds heavier than when we went to Sweden (for the Global Series in November 2019) and that was our heaviest trip up until now,” Kennedy said.

For Kennedy, now is not the time to leave something behind.

“The Stanley Cup is on the line. You don’t have any higher stakes than what we’ve got here.”

The Lightning will play three round-robin games to determine playoff seeding, with the first game on August 3. From there, the Stanley Cup Playoffs will begin on August 11.