Longtime Rays fans get married at 'The Trop' 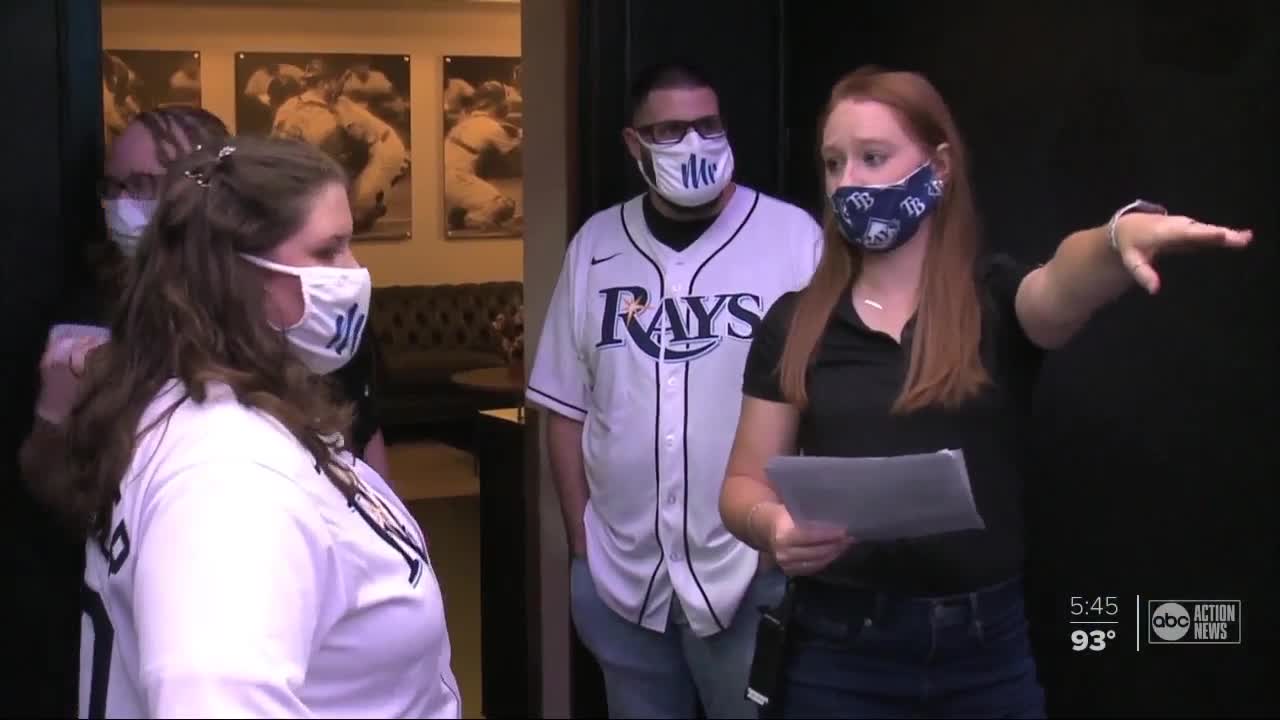 When it looked like Ashley and Ron's wedding was on the verge of getting canceled, their favorite baseball team stepped in to help. 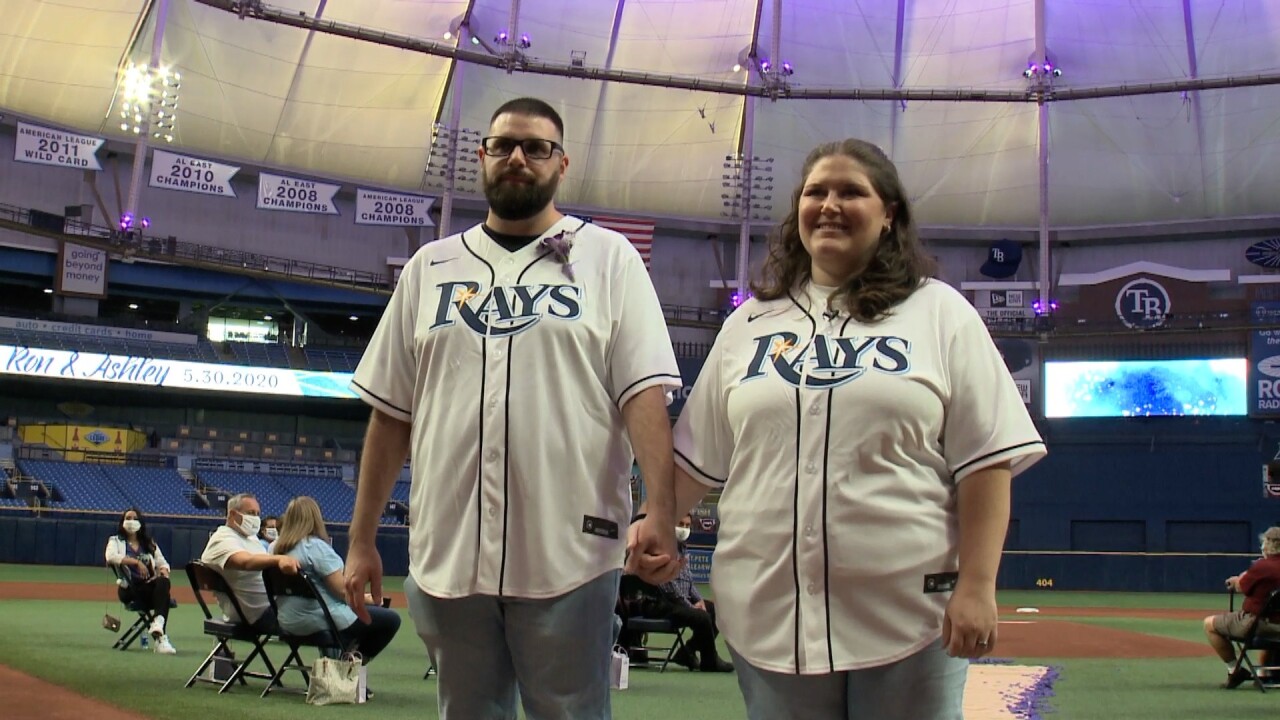 ST. PETERSBURG, Fla. -- There should have been a baseball game on the turf at Tropicana Field on Saturday night. The Tampa Bay Rays hosting the Milwaukee Brewers.

Instead, we had a moment bigger than baseball for longtime Rays fans Ashley Hill and Ron White.

“I honestly didn’t think this day would be possible at all,” Ashley said.

The couple’s original wedding-day venue was off-limits due to coronavirus — the wedding likely to be put on hold until Ashley wrote a desperate email.

“I sent an email on a whim, just praying and hoping someone would see it,” Ashley said. “Maybe something could happen.”

It was sent to the Tampa Bay Rays, the couple’s favorite baseball team, asking them to hold their wedding at “The Trop.”

“They took it, ran with it, and did so much more without us having to ask,” Ashley said. “We are extremely grateful for that.”

“Once in a lifetime,” Ron said. “I’m just so grateful we got an opportunity to experience this. Under normal circumstances, we would experience the Trop as a fan a few times a year. This is crazy.”

They said their “I do’s” in Rays jerseys, with the ring bearer, Raymond the team mascot, in a tux. A small group of family and friends looked on with everyone following safety protocols.

One special person was not there. Ashley’s little brother London Forrest Jett — who had Ehlers-Danlos syndrome. In January, he suffered a ruptured bowl and died five weeks later.

“They came in and told us there was nothing else they could do,” Ashley said. “He was crying and looked at me and said I guess it’s time to go home now.”

London was 23 years old. In his honor, during the wedding, the dome of the stadium was lit in his favorite color, purple.

“It probably sounds weird to say because it’s my wedding day, you would think that’s the coolest thing about today,” Ashley said. “Honestly, I was so excited seeing the dome lit up for him because people all across Tampa Bay and St. Pete are going to see that.”