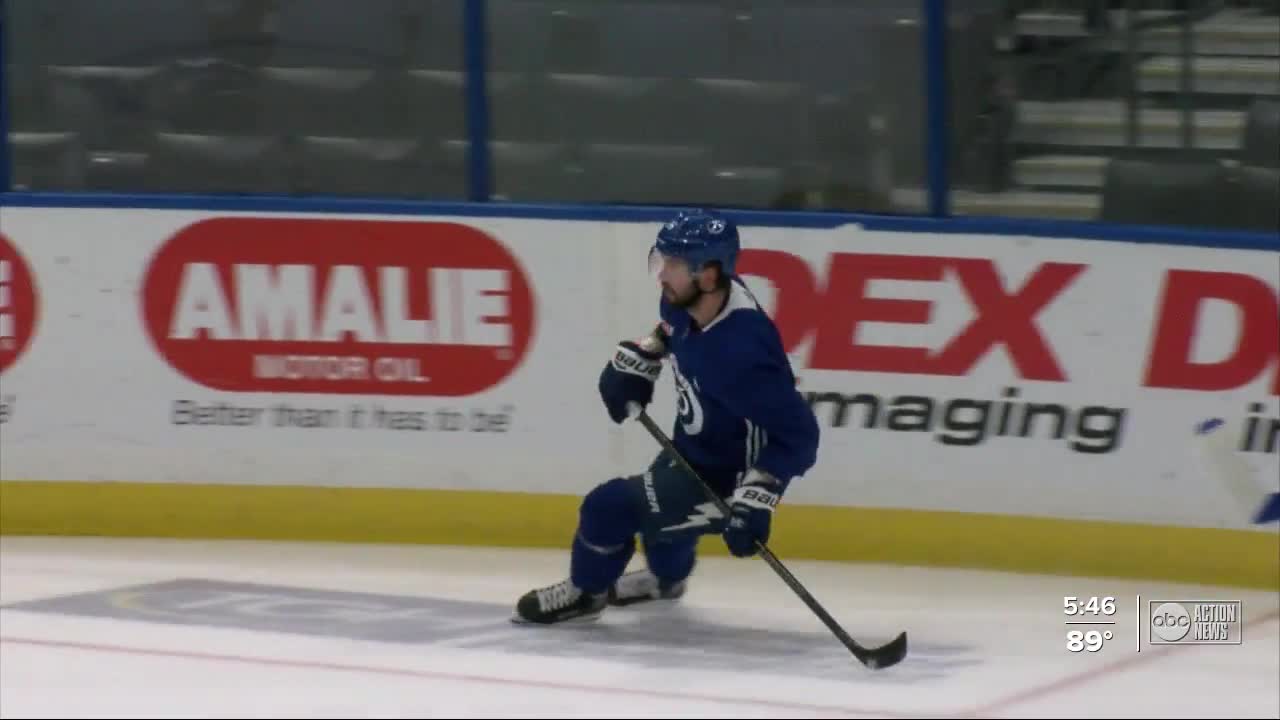 The Lightning took the ice as a team for the first time in four months as the NHL enters Phase 3 of the restart with training camp. 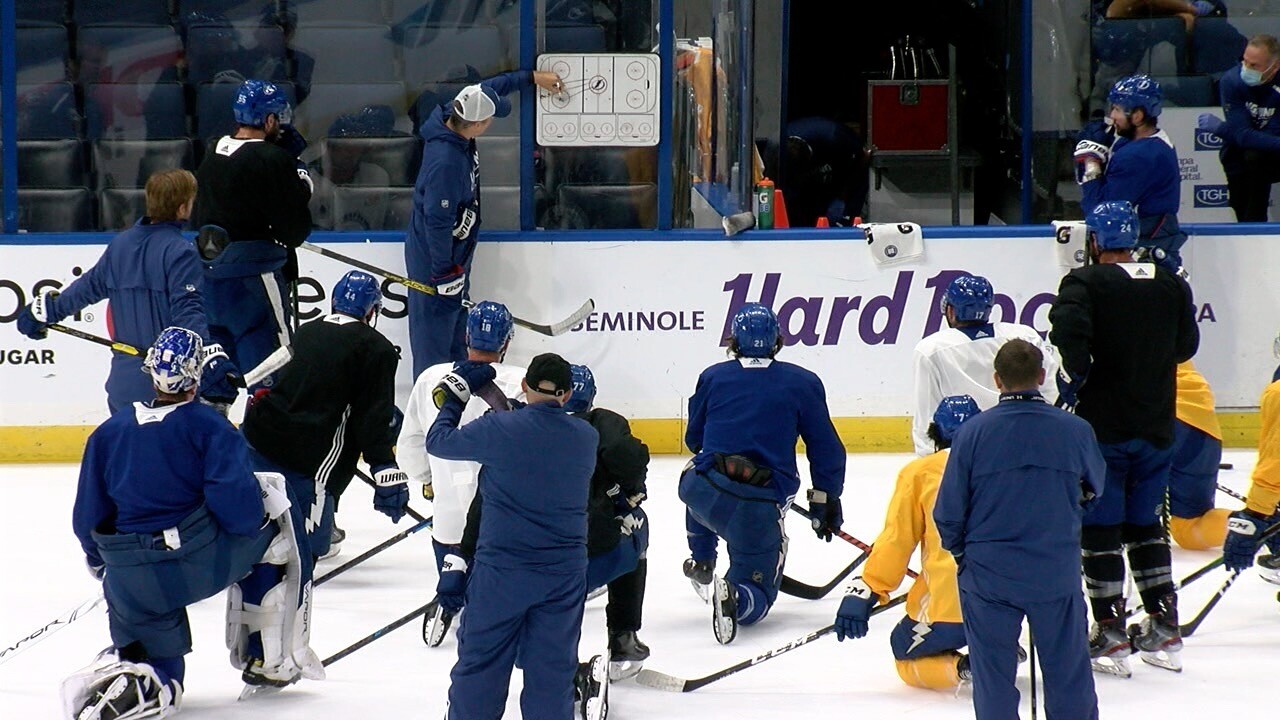 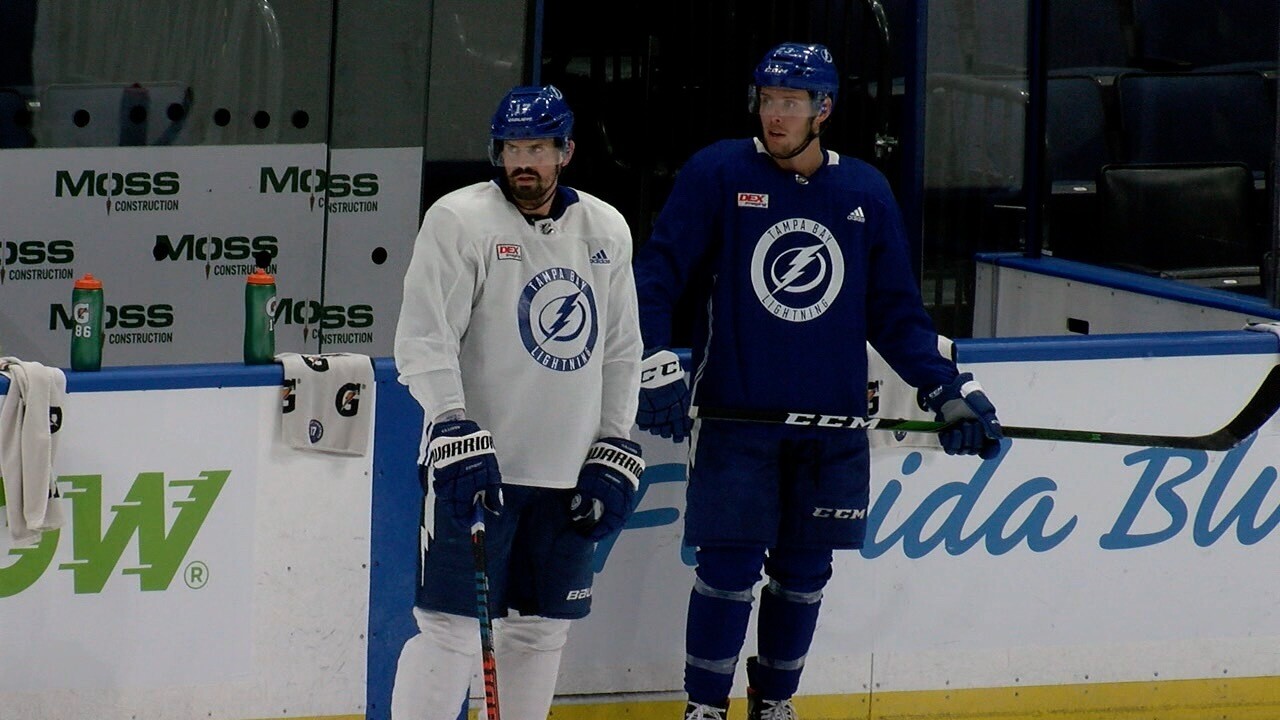 TAMPA, Fla. — The Tampa Bay Lightning are finally on their way to playoff hockey. The puck dropped inside Amalie Arena as the NHL enters Phase 3 with day one of training camp.

Lightning forward Alex Killorn said it felt different with players required to wear masks during team meetings but once they were on the ice, it felt normal.

“I feel great, to be honest,” Killorn said after practice. “We’ve been skating five times a week for the past two weeks.”

The team split its 33 player roster into two training sessions. That number will be narrowed down to a total of 31 players before the team heads to its hub city of Toronto in two weeks.

“In terms of chemistry and stuff, a lot of the drills we’ve been doing in Phase 2, there weren’t enough guys on the ice to simulate game situations,” Killorn said.

“Once camp progresses, we still have plenty of time, we’ll get a better feel,” Killorn added. “In terms of right now, I feel really good, great shape.”

Captain Steven Stamkos is working his way back from a lower leg injury. He took the ice alone, skating laps and doing puck handling drills. He’s hoping to be ready when the team plays its first round robin game in Toronto on August 3.

“The plan is to make sure he is in optimum position to go when we start playing games in Toronto,” Cooper said. “We have a little bit of time until then. It’s always a good sign when your players are getting back on the ice. So, it’s going to be baby steps but every day the report is a good one. There is no taking a step back.”

There will be an asterisk for this unusual season. But, Killorn believes this will be the hardest Stanley Cup ever won. If an asterisk signifies anything, it’s that.

“It's not a situation any of us chose,” Killorn said. “We’re all trying to make the best of a situation. If anything you can make an argument that it will be harder to win the Stanley Cup than it ever has been.”