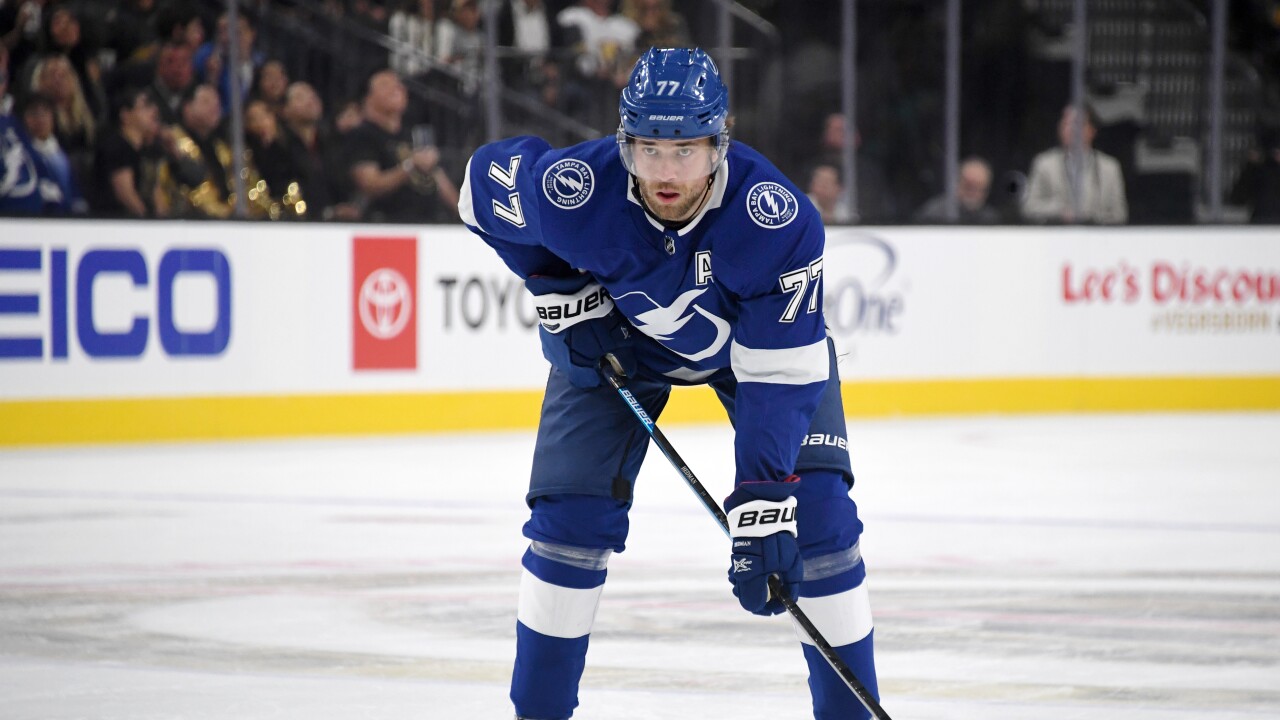 The Tampa Bay Lightning are headed abroad next season for two games in Sweden.

The NHL made the announcement Thursday morning that the Bolts will play the Buffalo Sabres in a pair of regular season games as part of the 2019 NHL Global Series.

Tampa Bay Lightning first round playoff tickets go on sale March 30: here's how to get them

The games will be November 8 and 9 at Ericcson Globe.

This is the second time the team has been to Europe, as the Lightning visited Prague for the 2008 Premiere and played two games against the Rangers.

It will be a homecoming for Swedish defensemen Victor Hedman and Anton Stralman. The Sabres have four Swedes of their own: Rasmus Dahlin, Johan Larsson, Lawrence Pilut and Linus Ullmark.

It's been a great two days for Hedman, who was the hero in Wednesday's 5-4 overtime win against the Washington Capitals.

"That's going to be very special," Hedman told the Lightning. "Some of these guys, (Steven Stamkos) I've played with over a decade, been together with this group for a long time. (Tampa) is my second home. To return to my home country with this organization means a lot to me. I think it's going to be great that it's not the opening games but in the middle of the season. There's going to be four points there for the taking. First and foremost, we go over there to win those games, but at the same time, it's going to be nice to spend some time in Sweden. I haven't been home during the season for a very long time, so it's going to be awesome."

Most of Hedman's family, including his parents, still live in Sweden.

"I was jealous of guys that were fortunate enough to go over and play (international games)," Hedman said. "Once I heard the rumors, I started really pushing for it. For me to have this opportunity, it's going to mean a lot. You're probably only going to get this once in your career to go back home and play with my team who I've been with for over 10 years. It's going to mean a lot for me to go home and play with these guys."