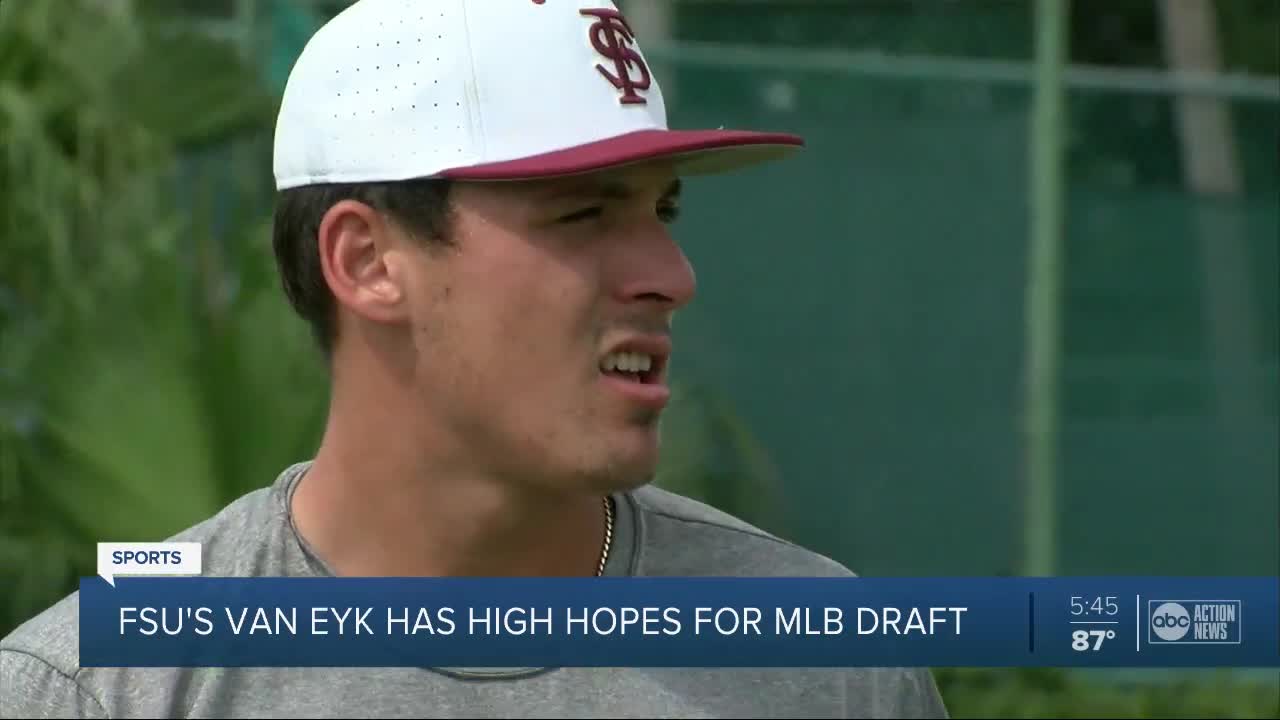 Van Eyk was drafted out of Steinbrenner High School in the 19th round by the New York Mets in 2017. He didn’t sign opting to go to Florida State. The gamble looks like it will pay off. He’ll likely be an early-round draft pick. 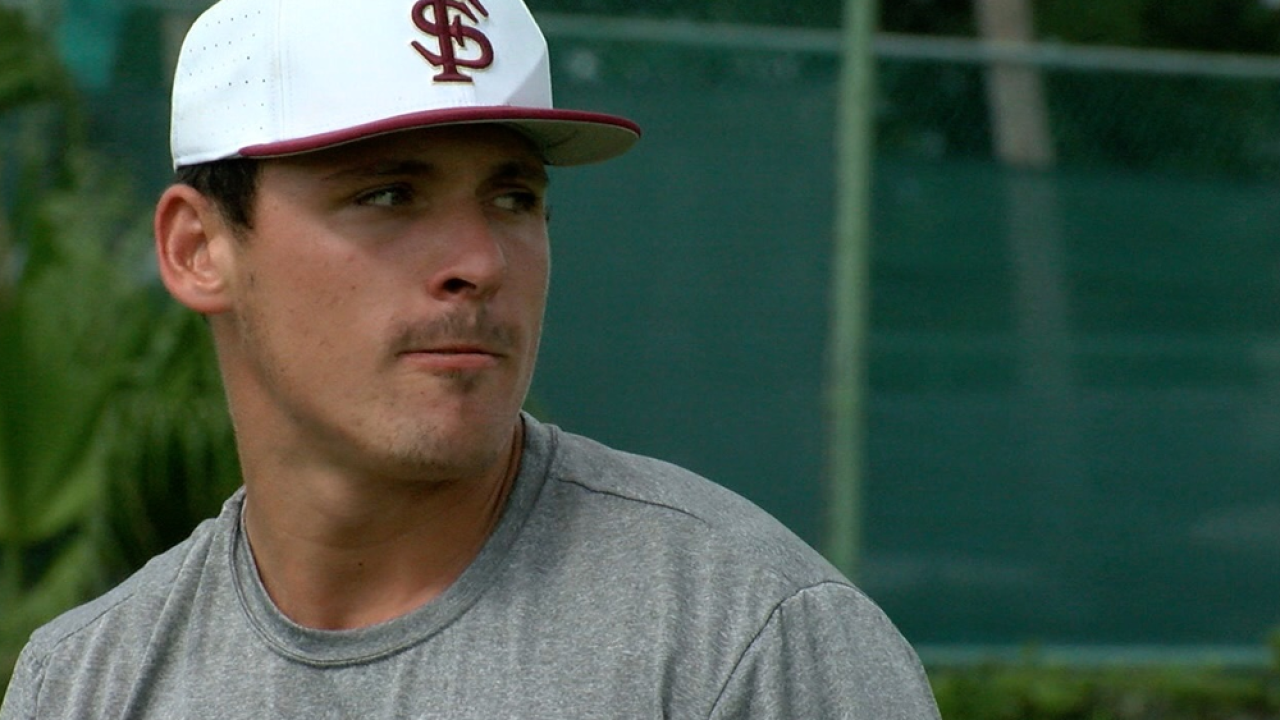 WESLEY CHAPEL, Fla. — C.J. Van Eyk’s life will change in only a matter of days with the Major League Baseball First-Year Player Draft on Wednesday.

“I mean, yeah, the nerves are kicking in,” Van Eyk said.

The Florida State University junior pitcher was hoping to get more out of his time in Tallahassee. That’s until the coronavirus curveball hit, likely ending his college career.

“It feels like a punch in the gut with all the things we had riding on this season,” Van Eyk, the former Steinbrenner High School (Lutz, Fla.) pitcher, said.

He made just four starts this season in dominating fashion — striking out 25 batters in 20.2 innings pitched, allowing one or fewer runs in each start.

“Our confidence and how highly we were going to carry ourselves through the year,” Van Eyk said. “Having it taken away like that with something no one can control. It’s like a punch in the gut … You have to turn the page and move on to the next thing.”

Van Eyk was drafted out of high school in the 19th round by the New York Mets in 2017. He didn’t sign opting to go to Florida State. The gamble looks like it will pay off. He’ll likely be an early-round draft pick. MLB.com rates him as the 39th best prospect in the country.

“You can go to college for three years and prove that you’re worth a little bit more,” Van Eyk said. “Which is hopefully what I have done in this case.”

The MLB slashed this year’s draft to five rounds for 2020 due to coronavirus. The draft usually consists of 40 rounds with 160 picks.

“You have [to] go in with no expectations and hope for the best. That’s what I’ve been told,” Van Eyk said.