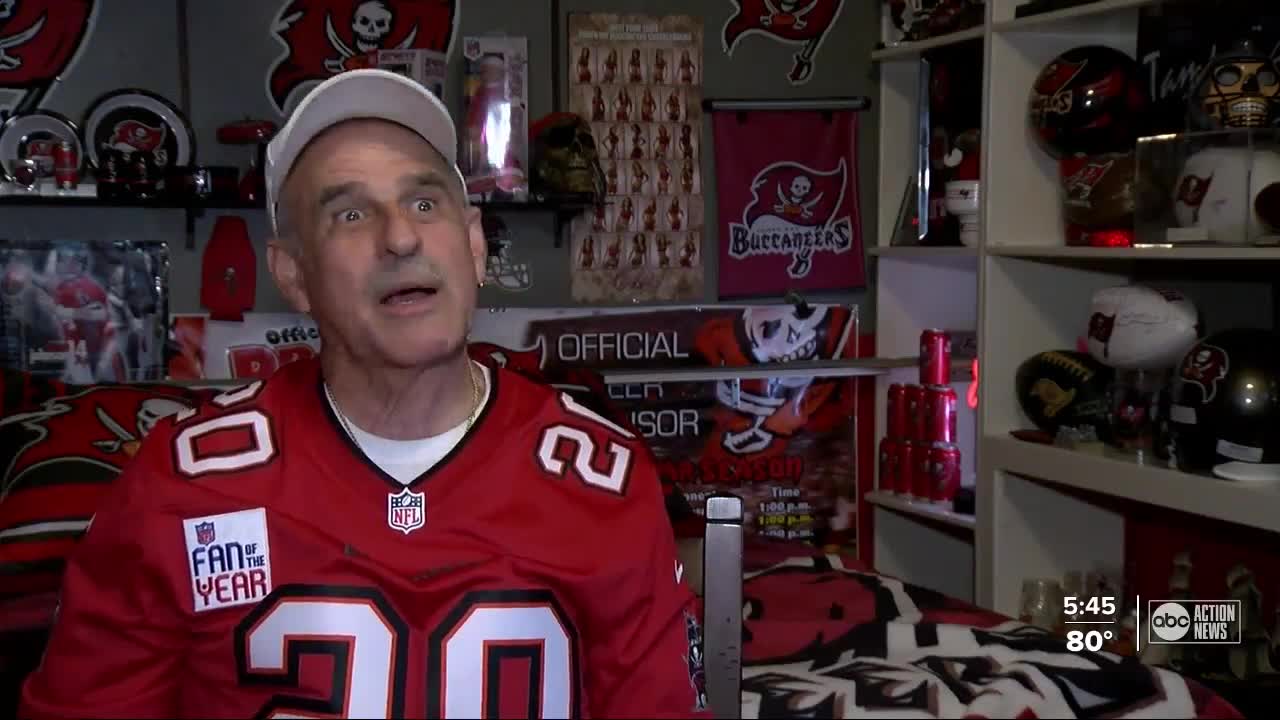 Larry Gasparino put a pirate ship in the front yard, he has a garage full of retired car flags, inside you’ll find his pride and joy, “The Buccaneers Zone.” 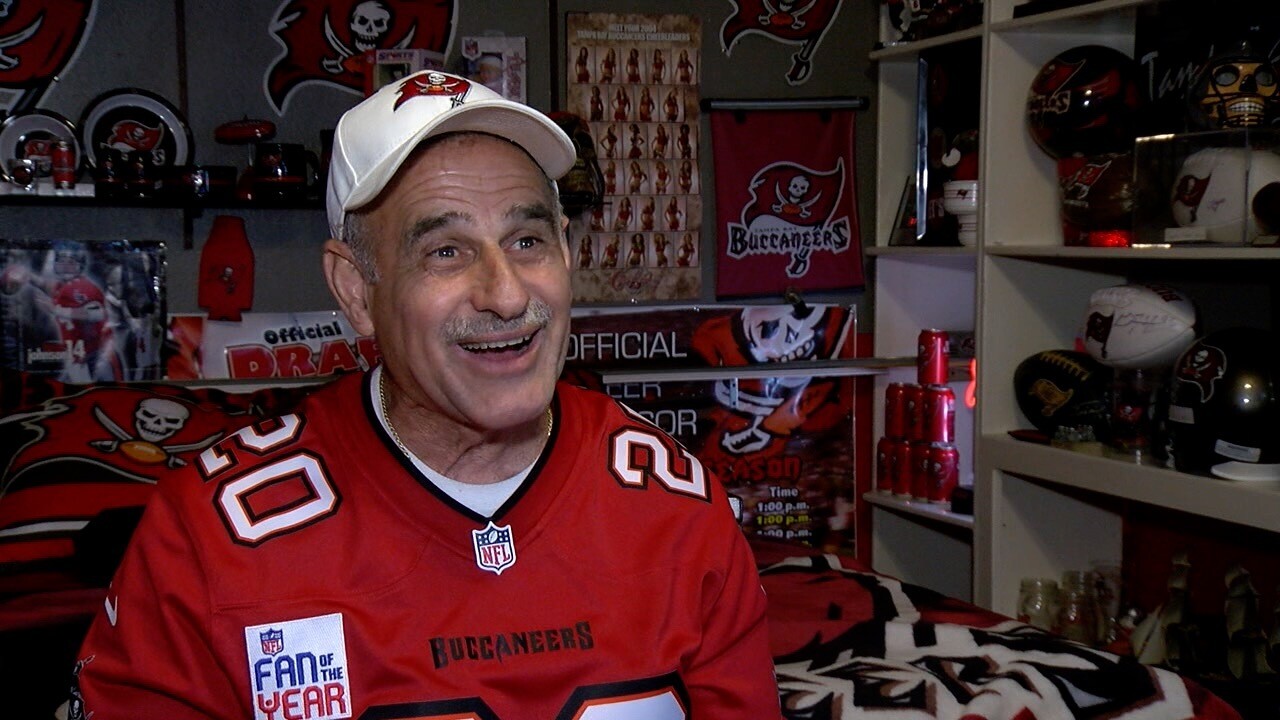 NEW PORT RICHEY, Fla. — For the first time, the NFL launched the "Fan of the Year" contest where each of the league's 32 teams selects a fan that is a "rallying force" and "inspires others through their love of football."

“I had no idea until I came home that day and Devin White's video was on the counter,” Gasparino said. “I’m like wow, how exciting!”

Congratulations to Larry Gasparino for being our 2020 Fan of the Year. We appreciate your family's support over the years and #GoBucs!

Buccaneers gear is throughout his house. A pirate ship in the front yard, a garage full of retired car flags, inside you’ll find his pride and joy, “The Buccaneers Zone.”

His wife Paula says sometimes the memorabilia from his man cave does find its way into other rooms of the house during football season.

“Does he overdue it?” Paula said. “A lot of people would say yes. But, this guy works hard, this is his passion, go for it.”

“Go for it” is exactly what Gasparino did when he found a pirate ship at a party store.

Of course, she said yes.

“This is my passion, this is my hobby,” Gasparino said. “It’s not meant to be ‘let me top the world’ kind of thing. Everything means something to me in a personal way.”

Gasparino was first introduced to the Buccaneers through his father, who lived in the Tampa Bay area. Larry lived in Texas and was a Houston Oilers fan until the team moved in 1996. Gasparino eventually moved to Florida and began pulling for his dad’s Bucs.

“It was such a joy to take my dad to the game,” Gasparino said. “He was like a little kid. He used to bring his big binoculars, looking for Mike Alstott."

“As he got older, I started making a jersey for him, every birthday of his age. Every year I give him a new one on his birthday. My dad lived until he was 89 years old.”

The NFL will narrow the 32 fans down to the final three. The winner will be crowned at Super Bowl LV in Tampa Bay.