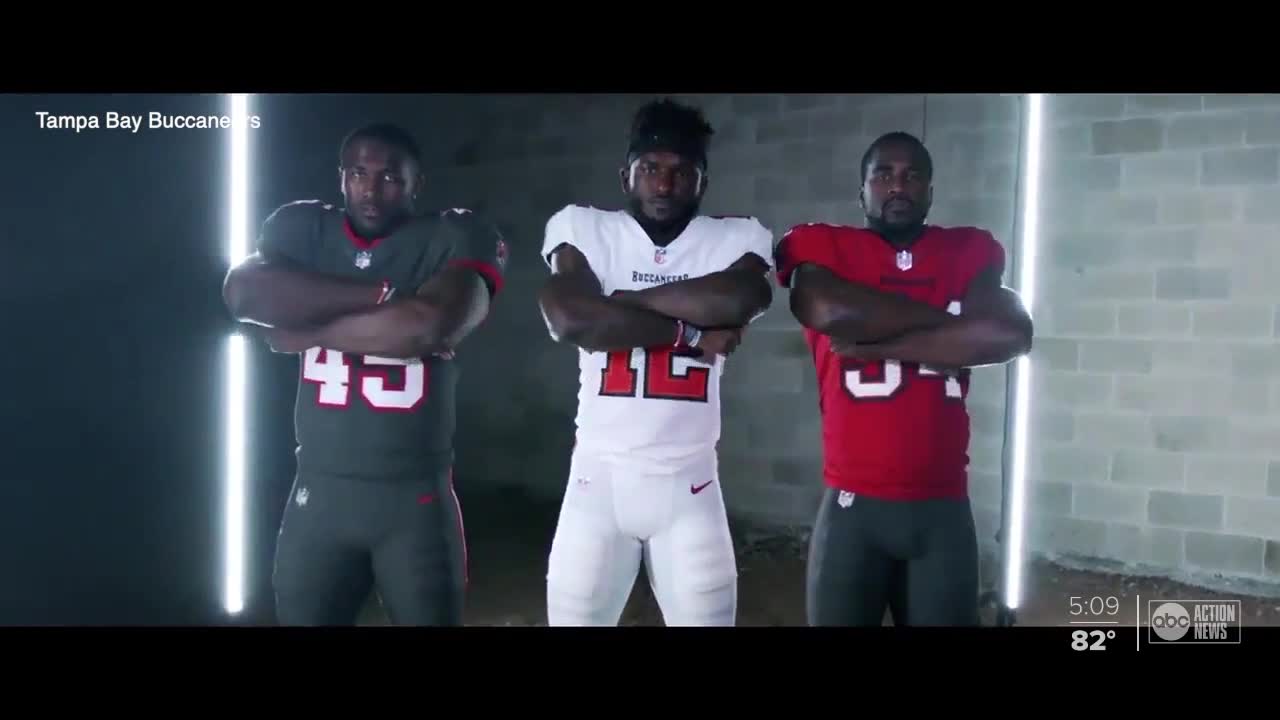 On Tuesday, the Bucs unveiled three new uniforms, home, away and an alternate, for the 2020 season. 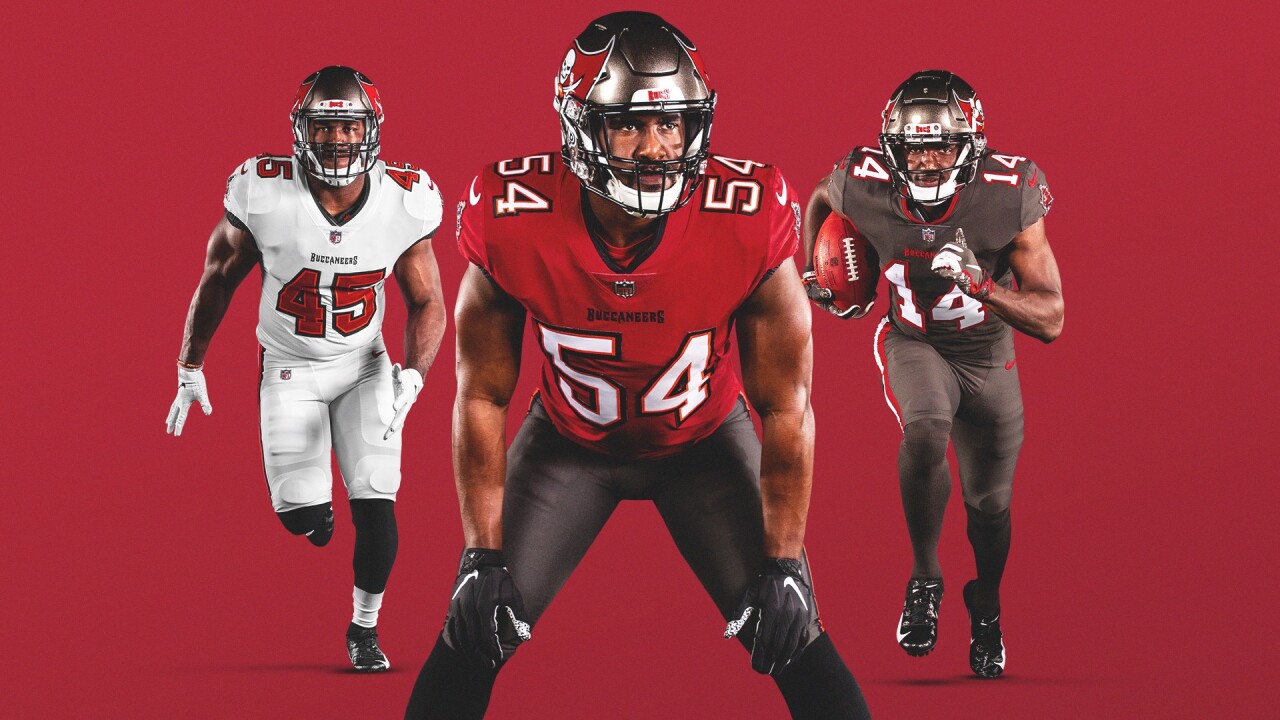 TAMPA, Fla. — Tampa Bay Buccaneers fans have been clamoring for a uniform change since the team last switched things up in 2014.

Gone are the “alarm clock uniforms.”

On Tuesday, the team unveiled three new uniforms, home, away and an alternate, for the 2020 season.

Allow us to show you the future 😏#GoBucs pic.twitter.com/naURTtwkZ3

The team did add a disclaimer that the video was shot prior to Chris Godwin's number changing.

"This new but familiar look is a direct result of the valuable feedback we received from our fans," Buccaneers Owner/Co-Chairman Ed Glazer said. "We are excited to return to our classic Super Bowl era uniforms while also introducing a sleek Color Rush uniform that showcases our signature pewter in a new and dramatic way. The refreshed classic design of our home and away combinations bridges our past with our exciting new future, and we are confident it will resonate with our fans."

Maybe the franchise is going with the philosophy of “look better, play better.” The Bucs had a .354 winning percentage in the previous uniforms, never made the postseason and finished last in the NFC South for all but two seasons.