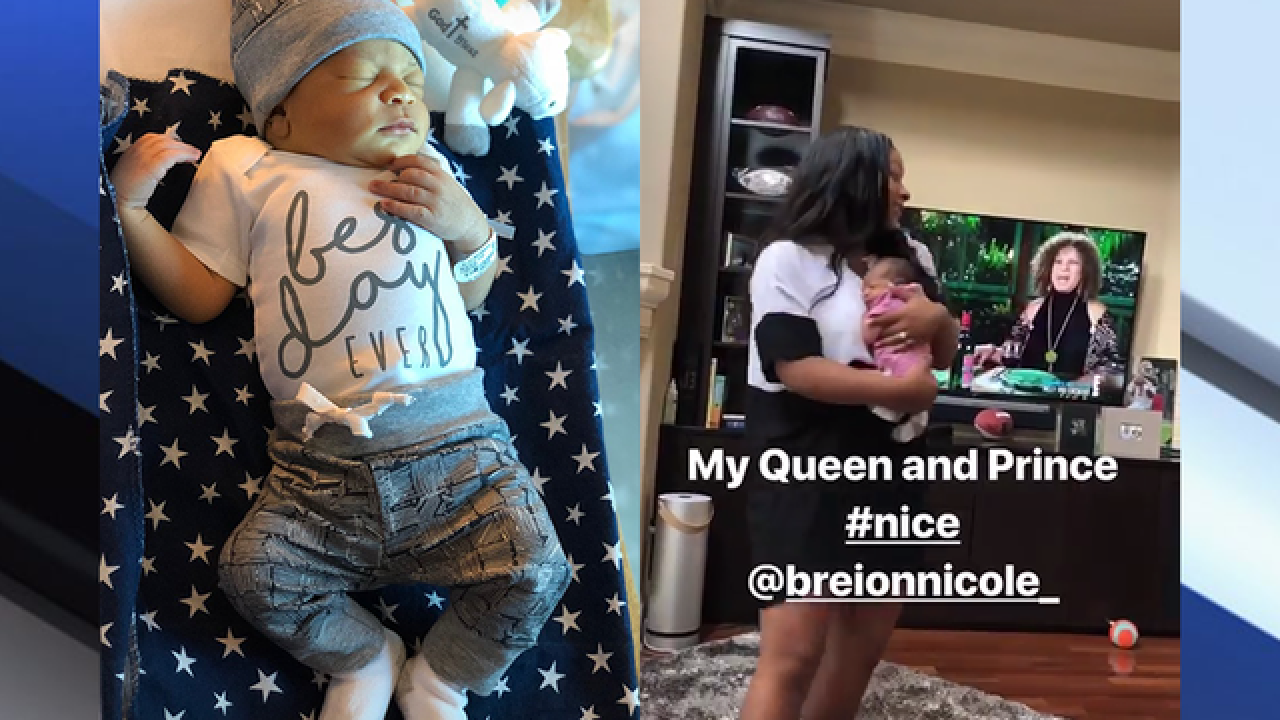 Jameis Winston is going to be a dad, shares gender reveal on Instagram

Antonor Malachi Winston was delivered on Friday, June 29, according to ESPN. The original due date was the 4th of July.

Antonor is named after Jameis' father, whom he is very close to, according to ESPN.

Winston shared photos of his "prince" on his Instagram story on Wednesday evening.

Winston was suspended for the first three games of the NFL season after the league says he violated the league's personal conduct policy in relation to an incident with an Uber driver two years ago.