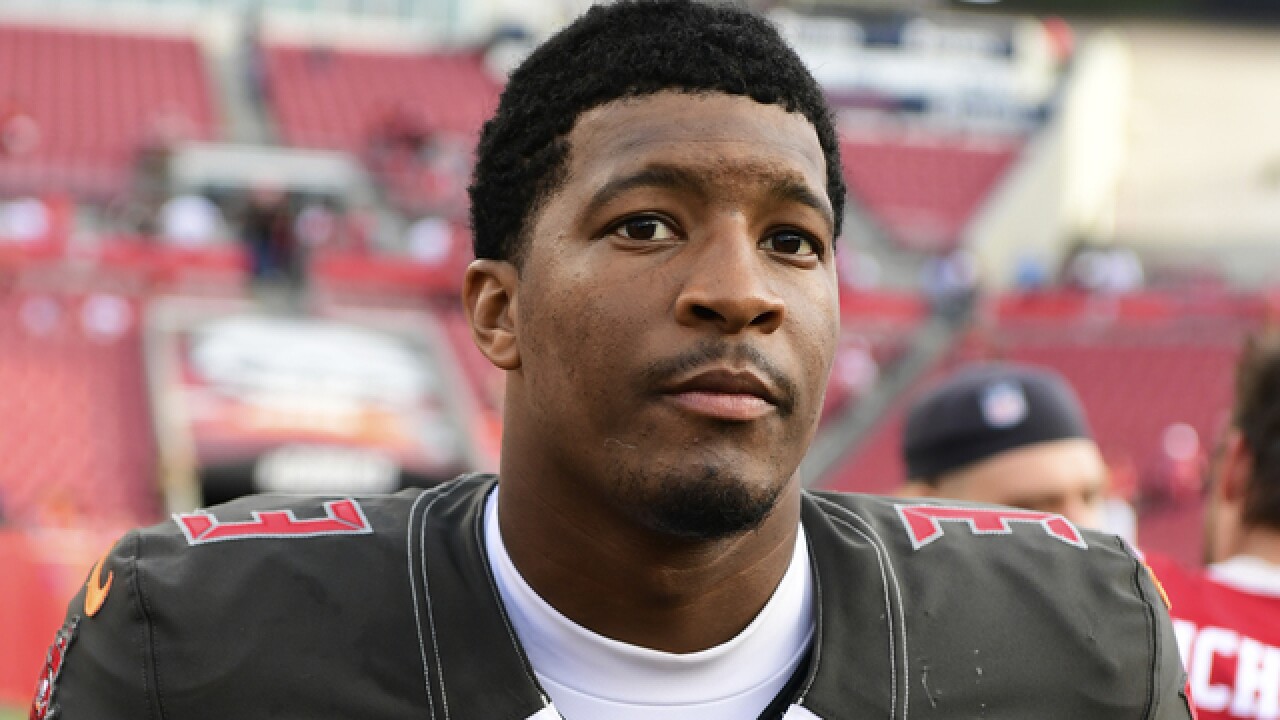 Tampa Bay Buccaneers quarterback Jameis Winston and the Arizona Uber driver he is accused of groping in 2016 have reportedly reached a settlement.

According to a joint notice of settlement, the driver identified as 'Kate P.' has reached an agreement with Winston to resolve her claims.

The two are in the process of finalizing the settlement but need about 10 days to complete the process.

The terms of the settlement are not known, but the original lawsuit was seeking damages in excess of $75,000.

As part of the settlement, both parties request that the court temporarily suspend all further proceedings.