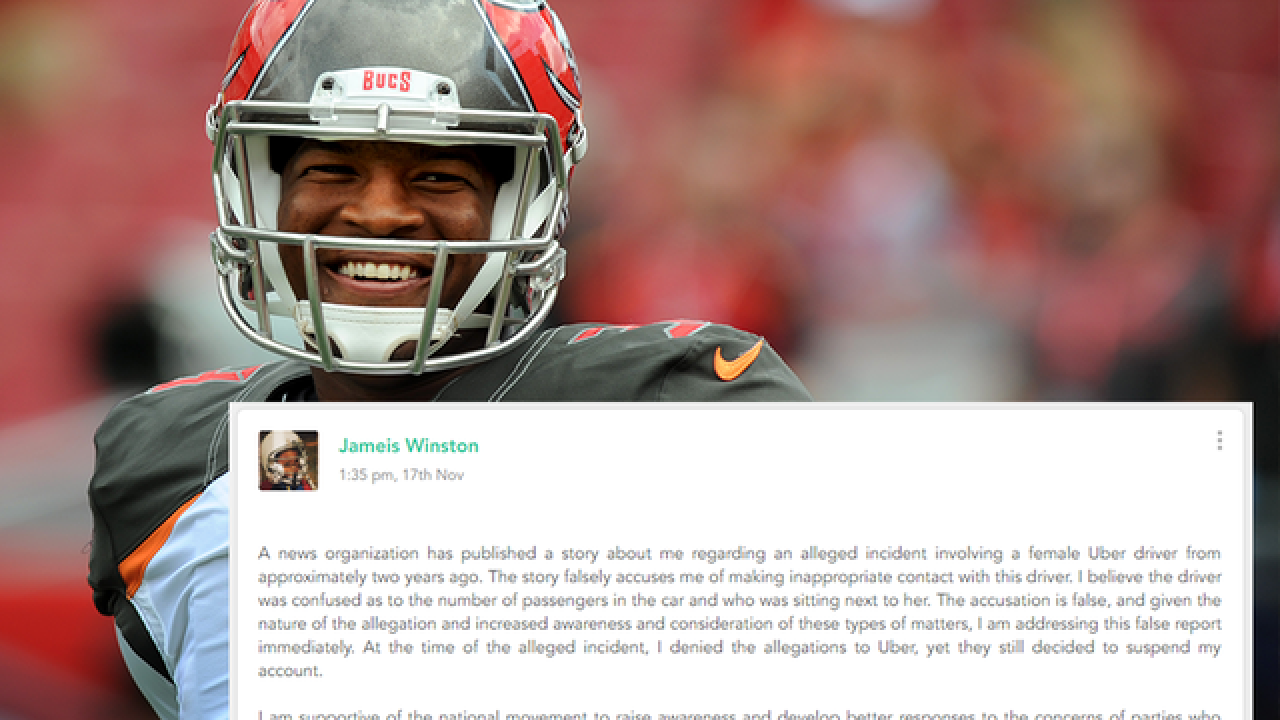 Tampa Bay Buccaneers quarterback, Jameis Winston, has responded to reports that he is under investigation for groping a female Uber driver in Arizona in 2016.

"A news organization has published a story about me regarding an alleged incident involving a female Uber driver from approximately two years ago. The story falsely accuses me of making inappropriate contact with this driver. I believe the driver was confused as to the number of passengers in the car and who was sitting next to her. The accusation is false, and given the nature of the allegation and increased awareness and consideration of these types of matters, I am addressing this false report immediately. At the time of the alleged incident, I denied the allegations to Uber, yet they still decided to suspend my account.

I am supportive of the national movement to raise awareness and develop better responses to the concerns of parties who find themselves in these types of situations, but this accusation is false. While I am certain that I did not make any inappropriate contact, I don't want to engage in a battle with the driver and I regret if my demeanor or presence made her uncomfortable in any way."

A news organization has published a story about me regarding an alleged incident involvin...https://t.co/6ggxGWuRsB

The story was originally posted by BuzzFeed News on Friday morning. The Tampa Bay Buccaneers also released a statement on Friday afternoon.

“We are in the process of obtaining further information regarding today’s media report.  We take these matters seriously and are fully supportive of the investigation that is being conducted by the NFL.”

A spokesman with the NFL tells ABC Action News the situation is "under review" by the NFL.