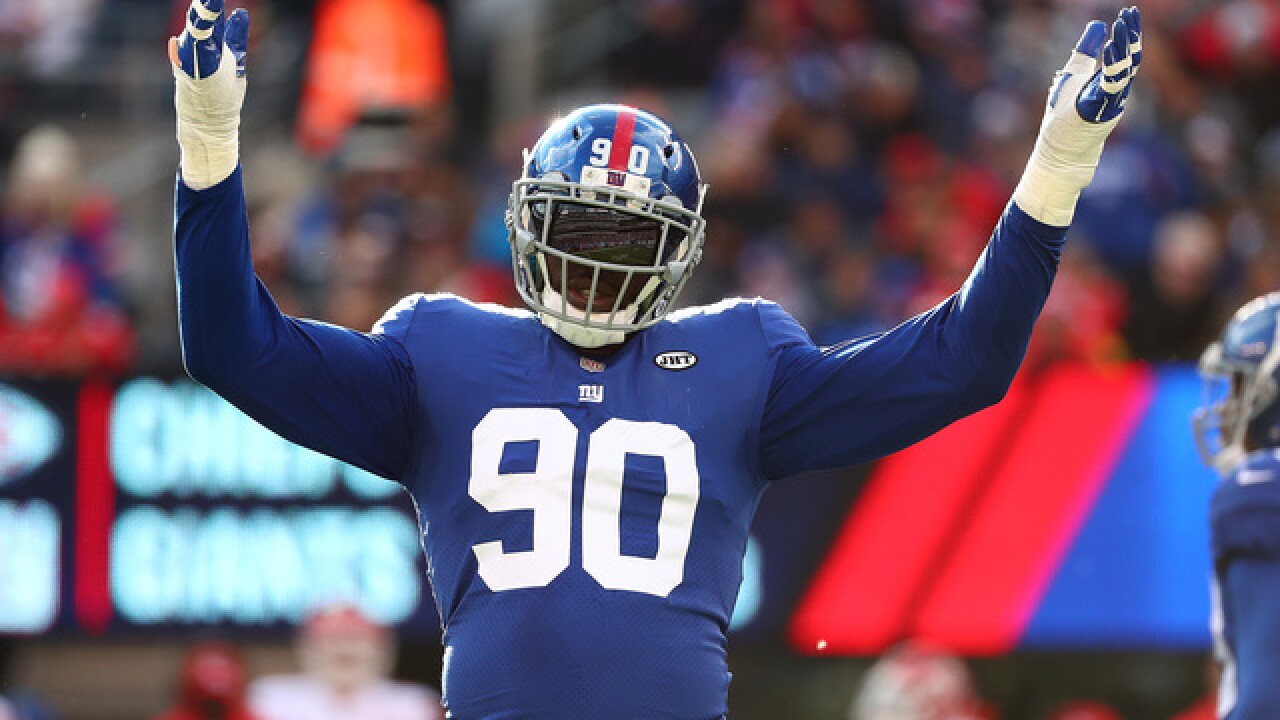 Copyright 2018 Scripps Media, Inc. All rights reserved. This material may not be published, broadcast, rewritten, or redistributed.
Al Bello
<p>EAST RUTHERFORD, NJ - NOVEMBER 19: Jason Pierre-Paul #90 of the New York Giants in action against the Kansas City Chiefs during their game at MetLife Stadium on November 19, 2017 in East Rutherford, New Jersey. (Photo by Al Bello/Getty Images)</p>

The Tampa Bay Buccaneers have made another big move, trading for Giants DE Jason Pierre-Paul, according to ESPN's Adam Schefter.

Tampa Bay residents may remember JPP from his days at the University of South Florida where he played on the defensive line.

Pierre-Paul has been with the New York Giants since 2010 and had 8.5 sacks and 48 tackles last season. Back in 2011, the 2-time Pro Bowler logged a career high 16.5 sacks, something the Bucs were dead last in last season.

He also brings Super Bowl experience as he earned a ring with the G-men in Super Bowl XLVI.