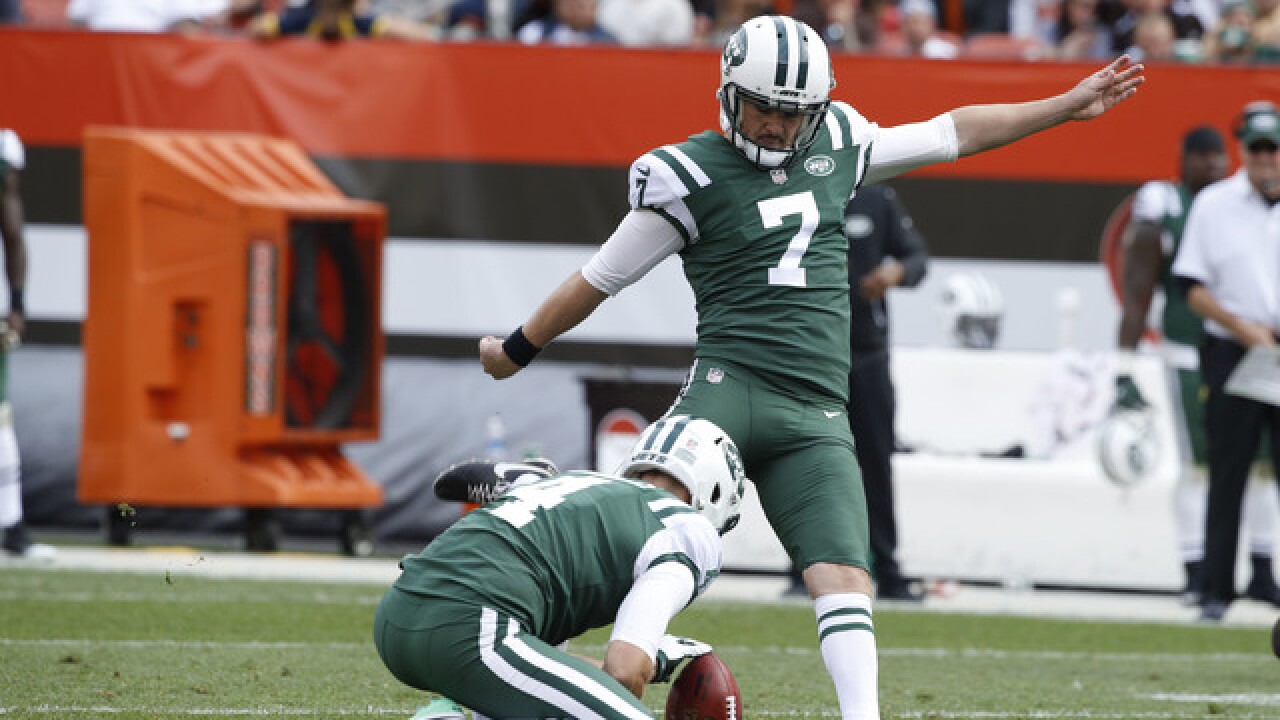 Copyright 2018 Scripps Media, Inc. All rights reserved. This material may not be published, broadcast, rewritten, or redistributed.
Joe Robbins
<p>CLEVELAND, OH - OCTOBER 08: Chandler Catanzaro #7 of the New York Jets kicks a field goal in the second half against the Cleveland Browns at FirstEnergy Stadium on October 8, 2017 in Cleveland, Ohio. (Photo by Joe Robbins/Getty Images)</p>

It's no secret the Buccaneers have struggled with kicking over the past couple of years.

Since drafting Roberto Aguayo in 2016, the team has struggled to find stability at the position. But they're hoping Chandler Catanzaro can turn things around.

The Bucs signed the 4-year veteran to a three year deal after Patrick Murray became an unrestricted free agent Wednesday.

Catanzaro spent last season with the New York Jets made 83.3% of his field goals last season and did not miss a single extra point.

Prior to that Catanzaro played three seasons with the Cardinals.

When the Bucs released Roberto Aguayo, they turned to veteran Nick Folk, but after missing three field goals and possibly costing the team the game on a Thursday night against the Patriots, they brought Patrick Murray back.

Now Tampa Bay hopes Catanzaro can provide some range Murray couldn't. He is also durable and hasn't missed an NFL game since he entered the league.