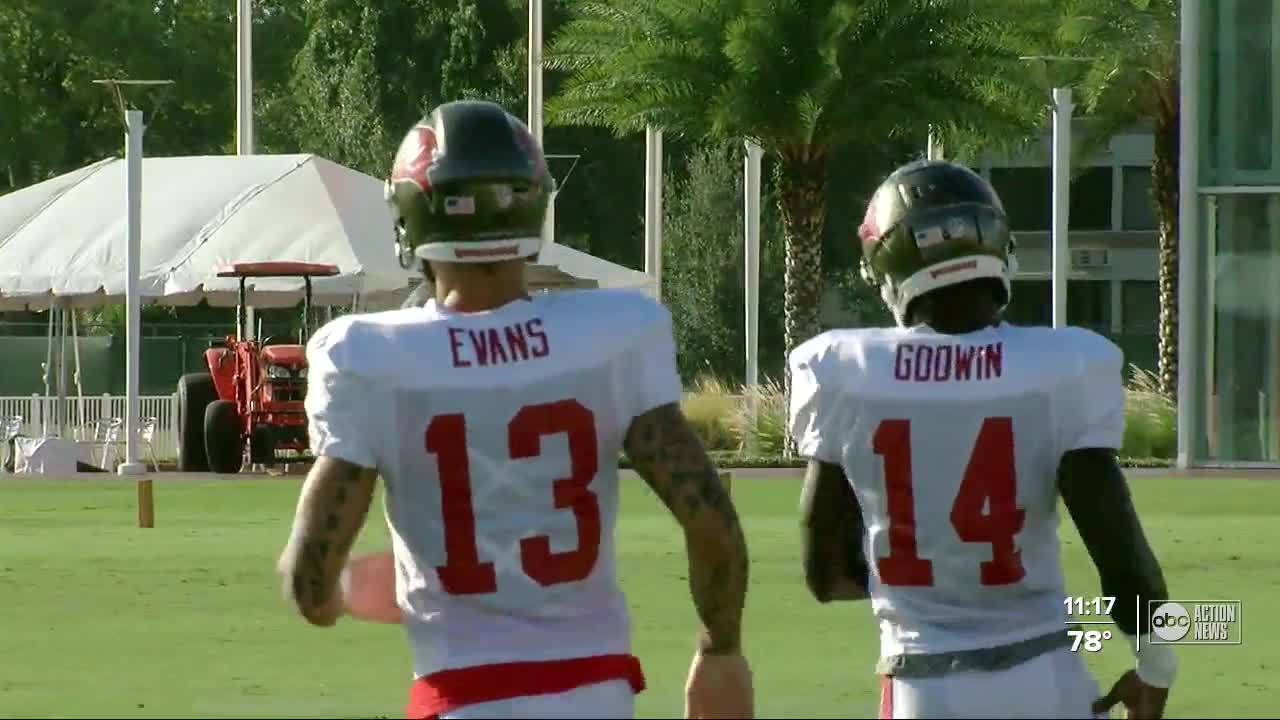 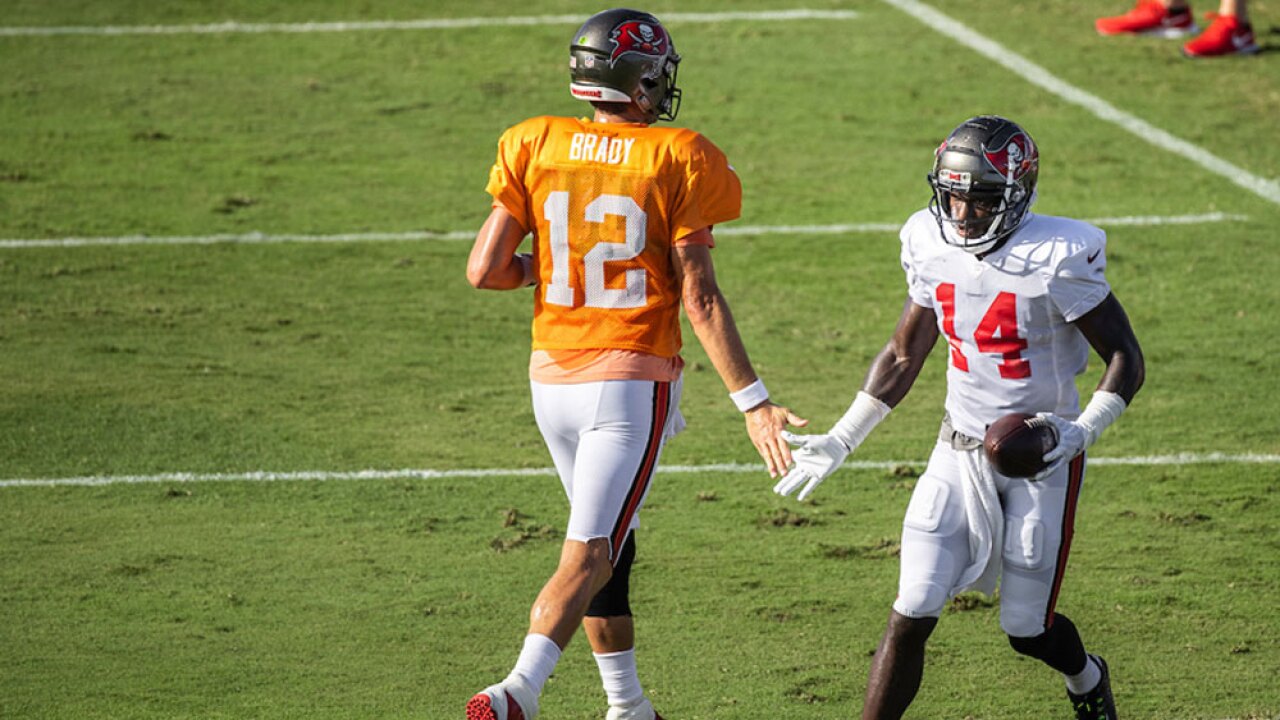 TAMPA, Fla. — With this new-look Tampa Bay Buccaneers offense, fans, reporters and experts are throwing around the word ‘unstoppable.’

Quarterback Tom Brady has perhaps the best group of pass catchers of his 20-year career — led by the receiving duo of Mike Evans and Chris Godwin.

“I don’t know if we’re quite there yet, but what I will say is that if we’re able to significantly reduce, not only the turnovers but the mental errors on everybody’s part – if we’re able to keep pulling the rope in the same direction, I think it’s pretty scary what our offense can be,” Godwin said. “I’m not really sure if there’s a limit on that. We’ve still got a long way to go.”

Former quarterback Jameis Winston tossed thirty interceptions last season. For Brady, over the last four seasons, that number is 29. Brady’s pinpoint accuracy is what stands out to Godwin.

“On the field, you see why he’s so highly regarded as he is,” Godwin said. “There [are] some passes that he throws that I’m just like, ‘man, that’s unbelievable.’

“The amount of touch that he has on his passes, he can still drive the ball when needed and he has a really good idea of where to go with the ball at all times,” he added. “It’s been really good so far.”

The Brady-effect also helps the other side of the football.

“He’s so good. He’s just really, really good,” Buccaneers defensive back Carlton Davis said. “That’s the first thing that came to my mind – he’s just so good, his precision, his timing, his accuracy. Going against him in practice every day has definitely made me better."

“I’ve never faced a quarterback like him,” Davis said. “Just to go against him every day and have so many reps at it is just making me better, even in my film study. I’m starting to see what he sees, how he’s kind of dissecting us before the play and what I can do to be better.”

With only one football to go around, Godwin’s approach is a team-first mentality.

“At the end of the day if we win, that’s the most important thing,” Godwin said. “Now we have myself, we have Mike, we’ve got Gronk (Rob Gronkowski), O.J. [Howard], Cam [Brate] – we have so many weapons that are going to be on display a lot more. There are going to be games where we’re not necessarily featured as much, but we’re here to win. We’re not just here to win a couple of games, we’re trying to every single game.”

Tampa Bay opens the season at New Orleans on September 13.