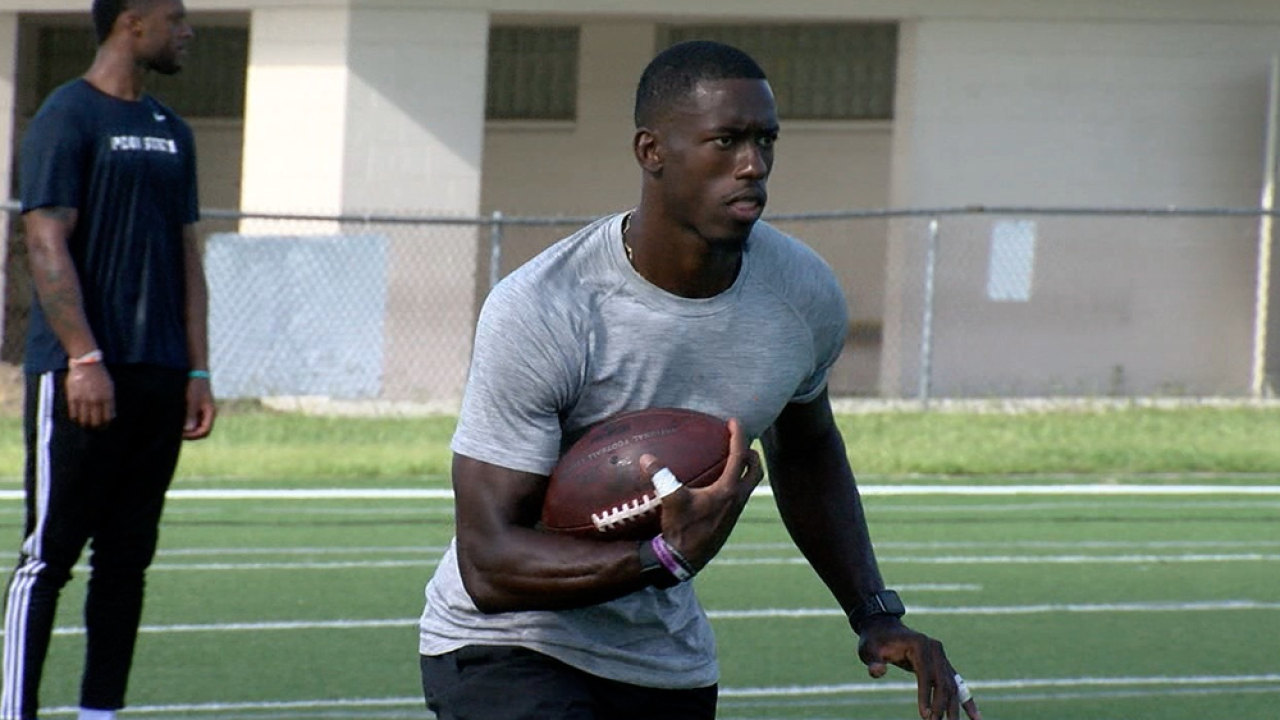 Fresh off a one-year contract extension, Mitchell is excited to begin his second season in Tampa, especially with a future hall of fame quarterback throwing him passes.

“He’s definitely come in, put his nose to the grind. He’s a worker,” Mitchell said of Brady’s off-season workouts. “To see that work ethic already, I think it speaks volumes about what this team is ready to go.”

In the meantime, Mitchell is working with trainer Yo Murhpy and fine-tuning his game with the help from several veteran receivers like Chicago Bears all-pro Allen Robinson.

“Even him, Jamison Crowder, Josh Doctson. We got a lot of guys out here who have done it a long time. I’m just trying to learn the intricacies of the position, small nuances,” Mitchell said. “Just seeing those things, hearing it and seeing it. Adding those to my game, I’m excited.”

These practices don’t come without controversy.

The NFL Players’ Association recommended for these practices to stop due to COVID-19. But, when many teams all over the league are conducting them, these players feel like they need to keep up with the competition.

“We try to limit contact with as many people as we can,” Mitchell said. “We play football. It’s not an individual sport like basketball or track. I can’t go out there and work alone. I need someone. I don’t want to go against what they say. I’m trying to do the right thing and stay safe.”

As for Robinson: “It’s tough, you have to do what you’re kind of used to preparing for a season and for training camp,” he said. “That’s the toughest thing for us, there has not been any adjustments told to us about the season being pushed back. We have to do what we feel is necessary to prepare for a season.”

So practice will go on.