Giles was inducted into the Bucs' Ring of Honor in 2011 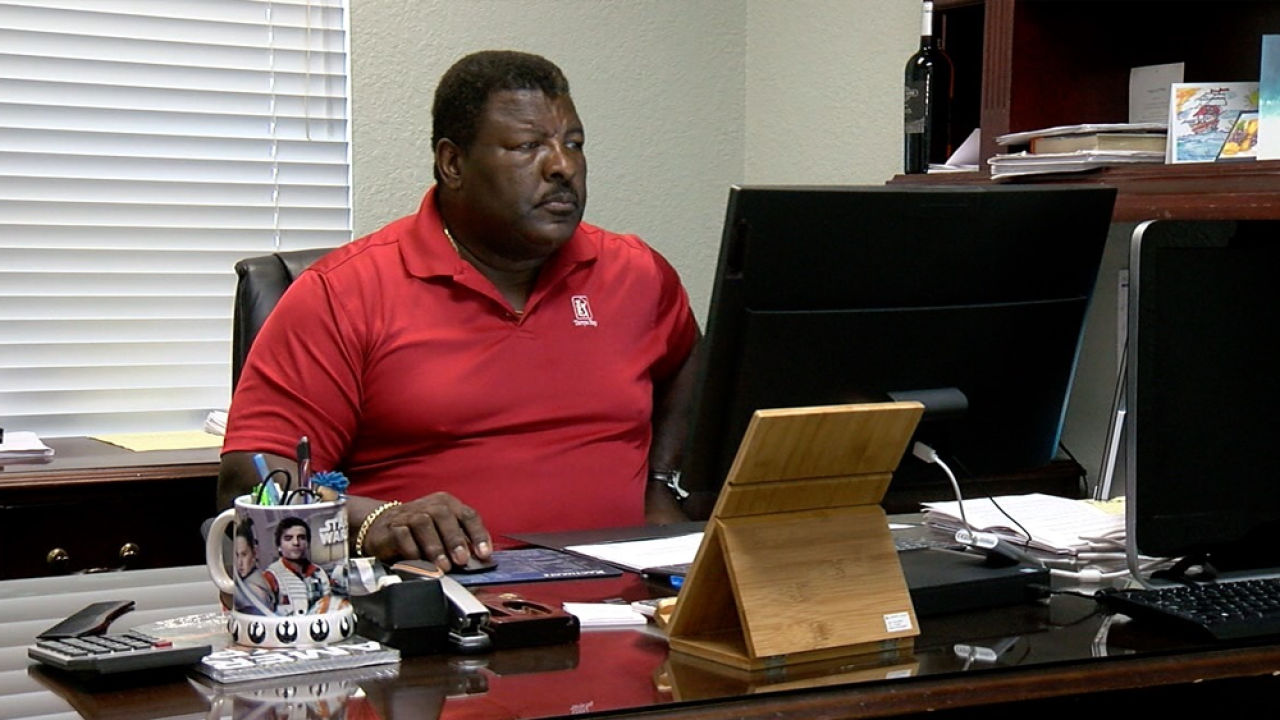 Despite being one of the game’s greatest blocking tight ends, Giles is still waiting for his call to the Pro Football Hall of Fame.

“I definitely think I should get a look,” Giles said.

He was the third player, first offensive member, inducted into the Bucs’ Ring of Honor in 2011. A generational-type tight end that came into the league when the tight end position was asked to play a different style than today.

“I committed myself to being the best all-around football player I could be,” Giles said. “First of all, as a tight end you had to block.”

Giles was drafted by Houston in 1977, then traded to the run-first Bucs in ’78. He played 13 seasons and went to four pro bowls.

“I get paid by blocking, but you get recognition by catching passes.”

He didn’t catch in quantity, but quality. As a Buccaneer, he caught a touchdown pass with every eight receptions.

“Actually, there’s only three players in the National Football League that average over 14.5 yards per catch in their entire career,” Giles said. “I did it for 13 years.”

Giles was a player that opposing teams would specifically game plan to stop — including one of the greatest defenses in the history of the NFL - the 1985 Chicago Bears.

“There were not many players that we feared or talked about when we put our game plan together,” former Bears defensive back Leslie Frazier said. “But when it came to Jimmie Giles, Buddy (Ryan) would always talk about how good he was, how big of a factor he was and how under-used he was. He did not take Jimmie for granted. We would find ways to double-team him.”

The Hall of Fame senior committee will select its nominees in August.