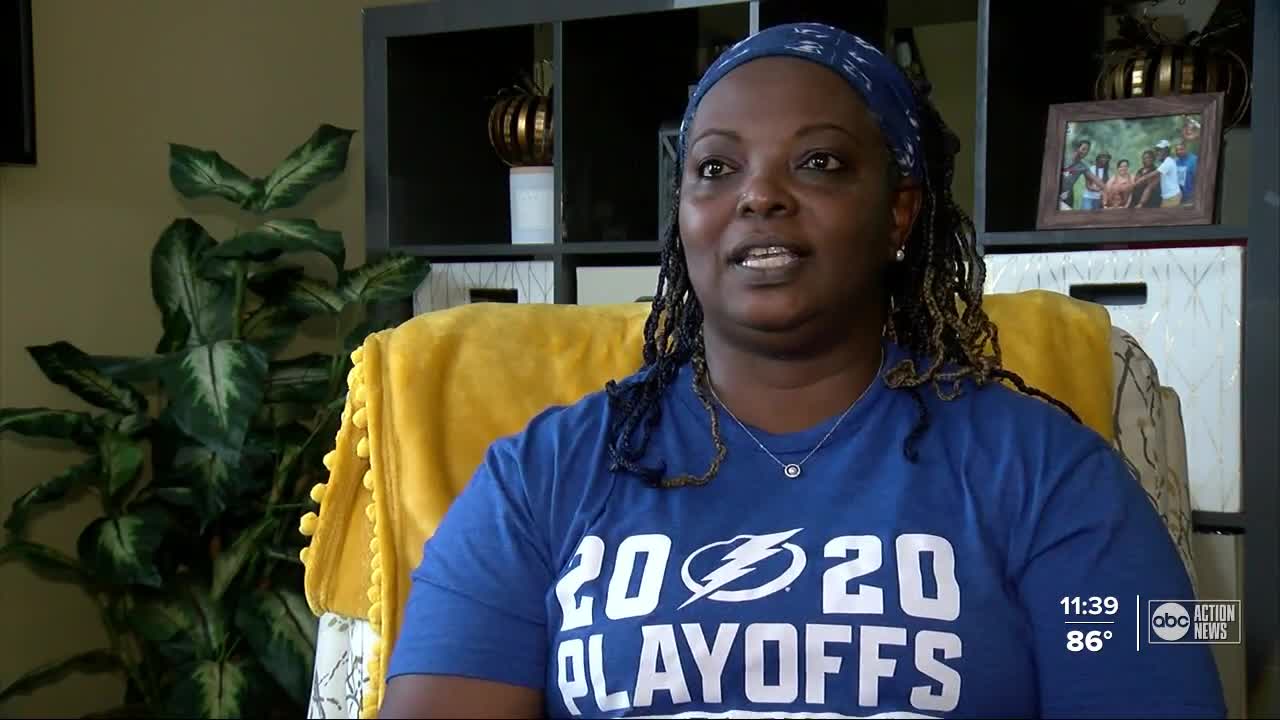 Bryson-Kirksey wants her voice "to have that little piece of home that (the Lightning players) can rely on all the time." 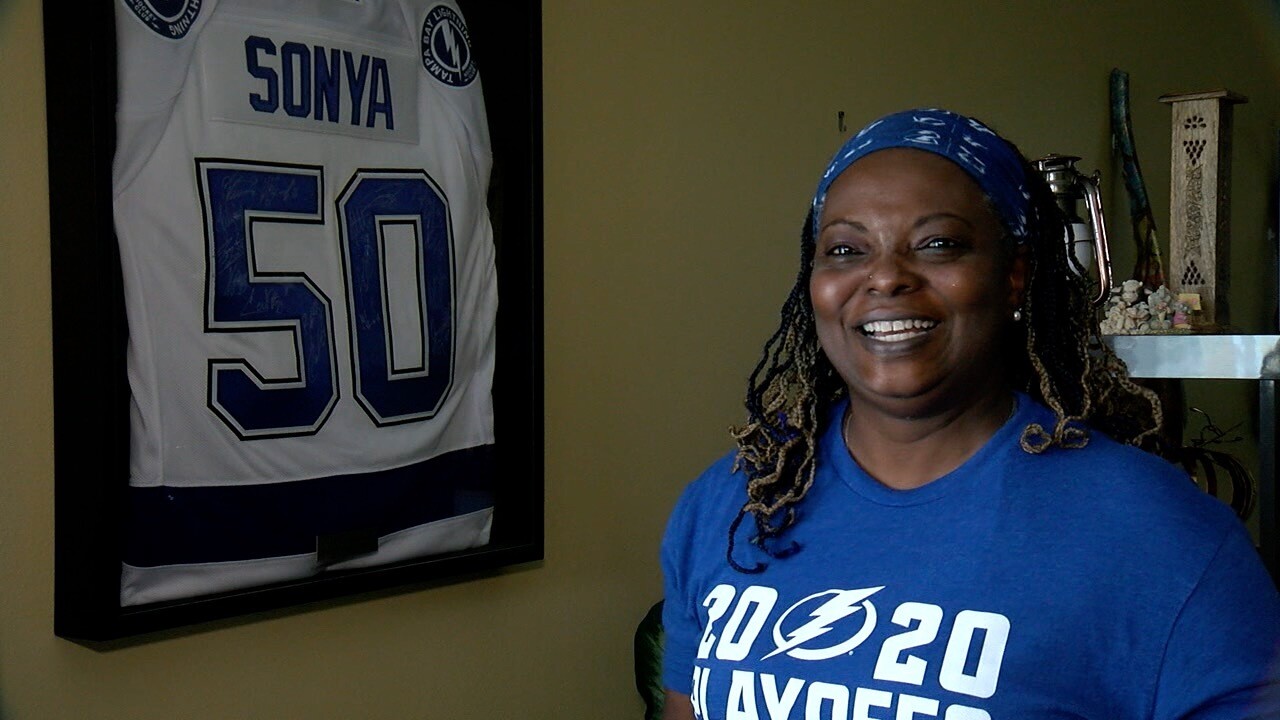 RIVERVIEW, Fla. -- From that beautiful voice to her bright blue lips, Sonya Bryson-Kirksey has sung the national anthem for the Tampa Bay Lightning since 2013.

Two of her favorite things hang on her living room wall — an autographed No. 50 Lightning jersey given to her for her 50th birthday and the lyrics of the Star-Spangled Banner.

“Looking in the distance and seeing the flag still there, and the rockets red glare, the flag was still there,” Bryson-Kirksey said. “Those are my favorite two pieces of lyric.”

Even with the Lightning playing the Stanley Cup Playoffs in the Eastern Conference in the bubble in Toronto, Bryson-Kirksey still sings. In July, the former U.S. Air Force Technical Sergeant recorded a couple of takes singing the U.S. and Canadian national anthems.

Her recordings are played when the Lightning are considered to be the “home team.”

“The difference of not having anyone in the arena (while recording) was almost startling it was so quiet,” she said.

Her goal is to make her voice heard 1,400 miles away from Amalie Arena; hopefully giving the Lightning a little home-ice advantage.

“The people that are watching on TV, I wanted to give them that feeling of a home game,” she said. “To see the emotions that come with the anthem, the same emotions when I am singing in front of people."

“I also want it for the players to have that little piece of home that they can rely on all the time,” she added. “I try to sing the anthem the same way every single time so they know that’s Sonya, that’s home, people are watching us. Let’s get it done.”

And just like the rest of us — she’ll be the distant thunder.

“I make noise. My husband doesn’t. He looks at me like I’m crazy most of the time.”