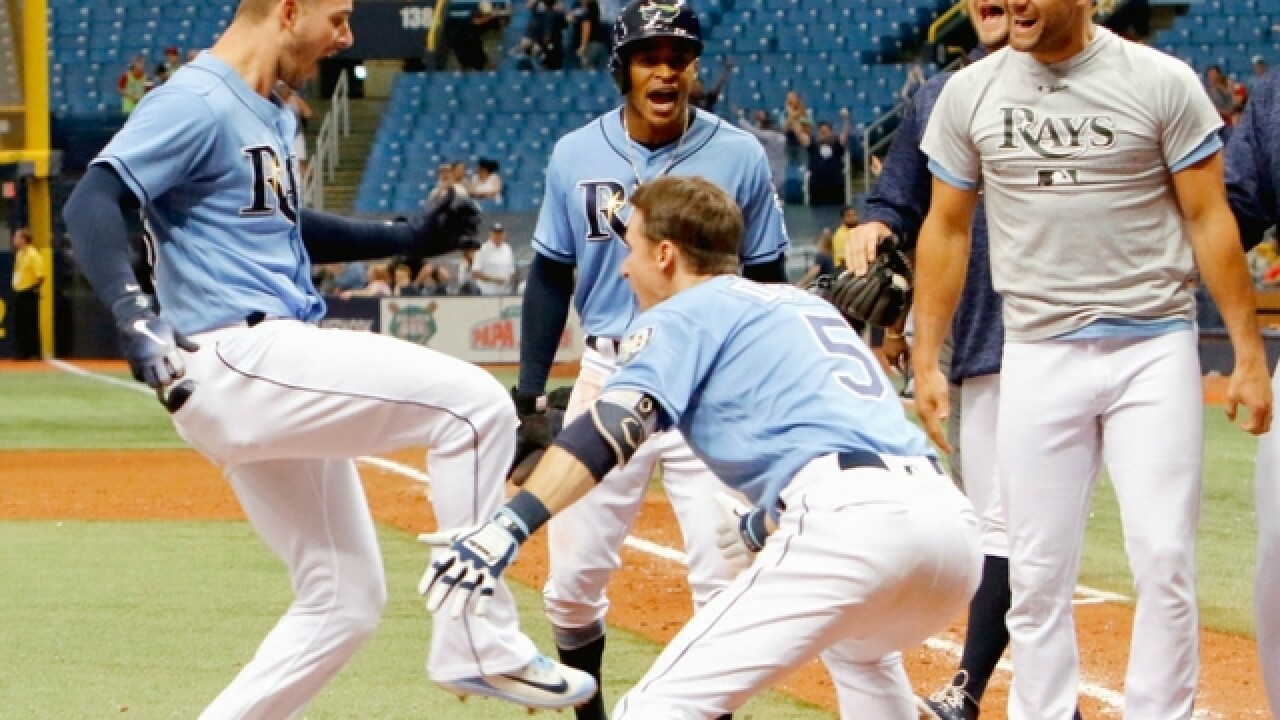 Image copyright 2018 Getty Images. All rights reserved. This material may not be published, broadcast, rewritten, or redistributed.
Joseph Garnett Jr./Getty Images
<p>ST. PETERSBURG, FL: Daniel Robertson of the Tampa Bay Rays begins to celebrate with teammates at home plate after hitting a grand slam in the bottom of the ninth inning to give his team a win against the Miami Marlins at Tropicana Field on July 22, 2018 in St. Petersburg, Florida.</p> 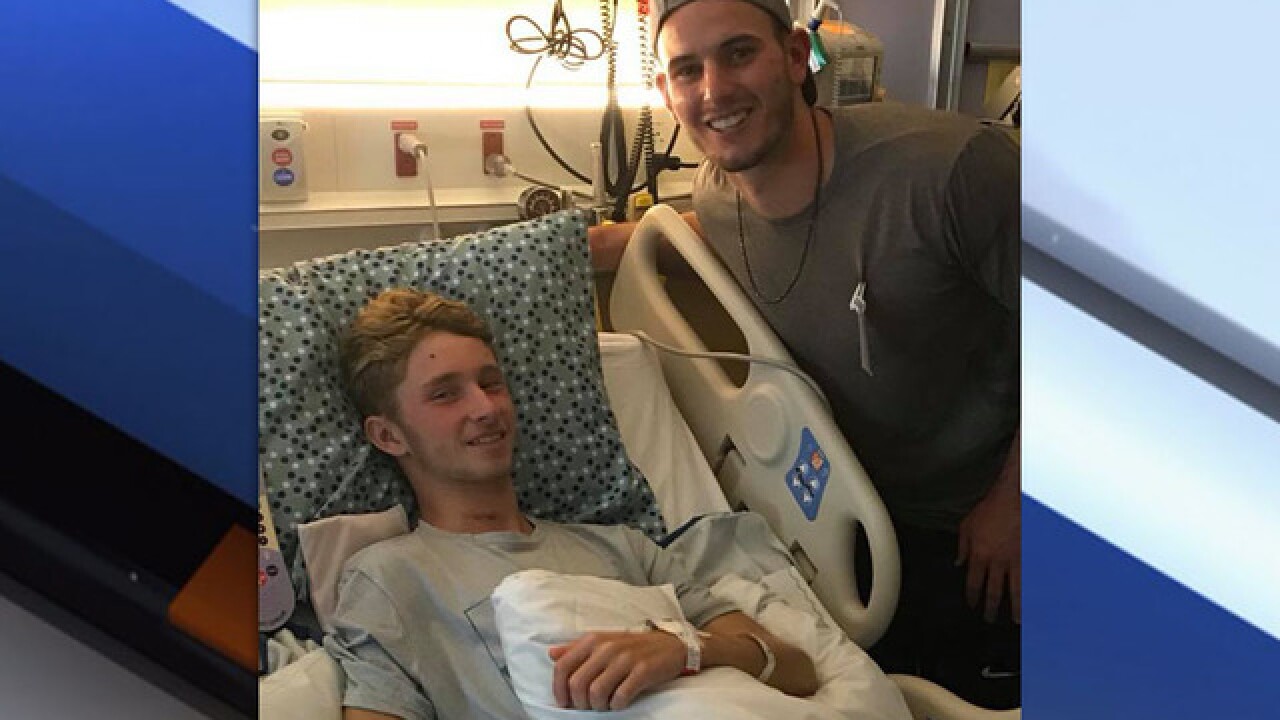 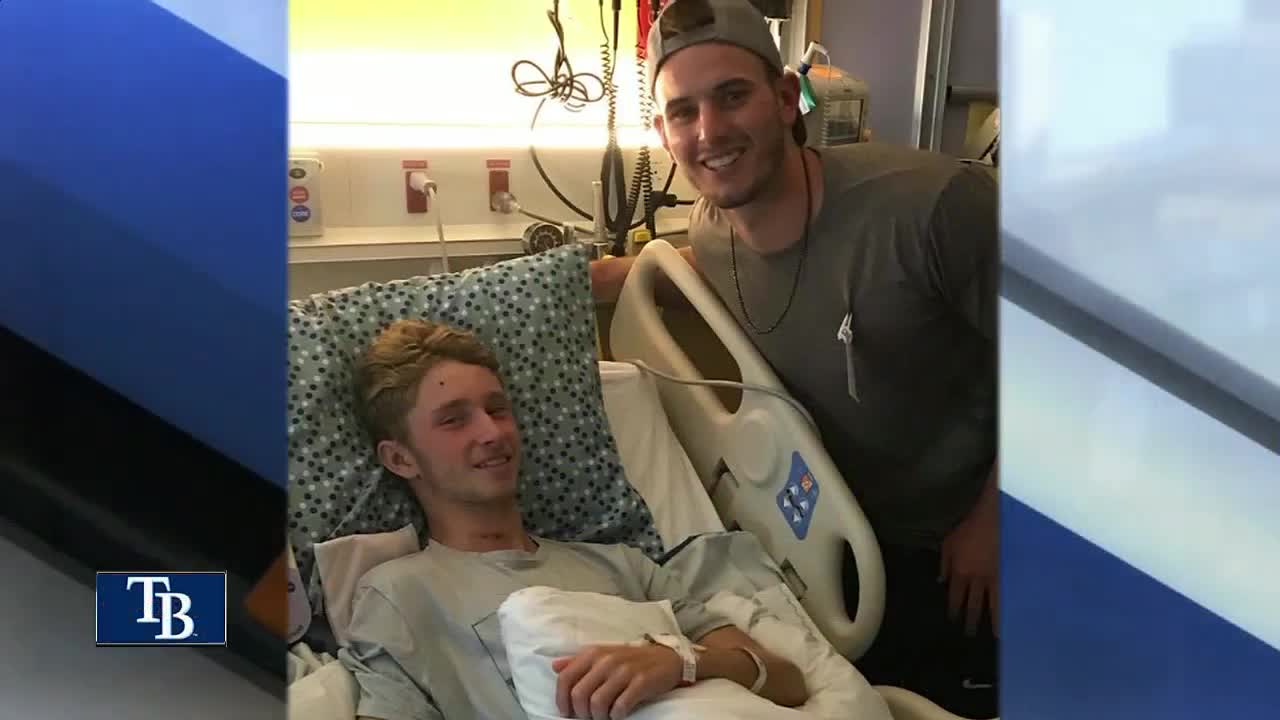 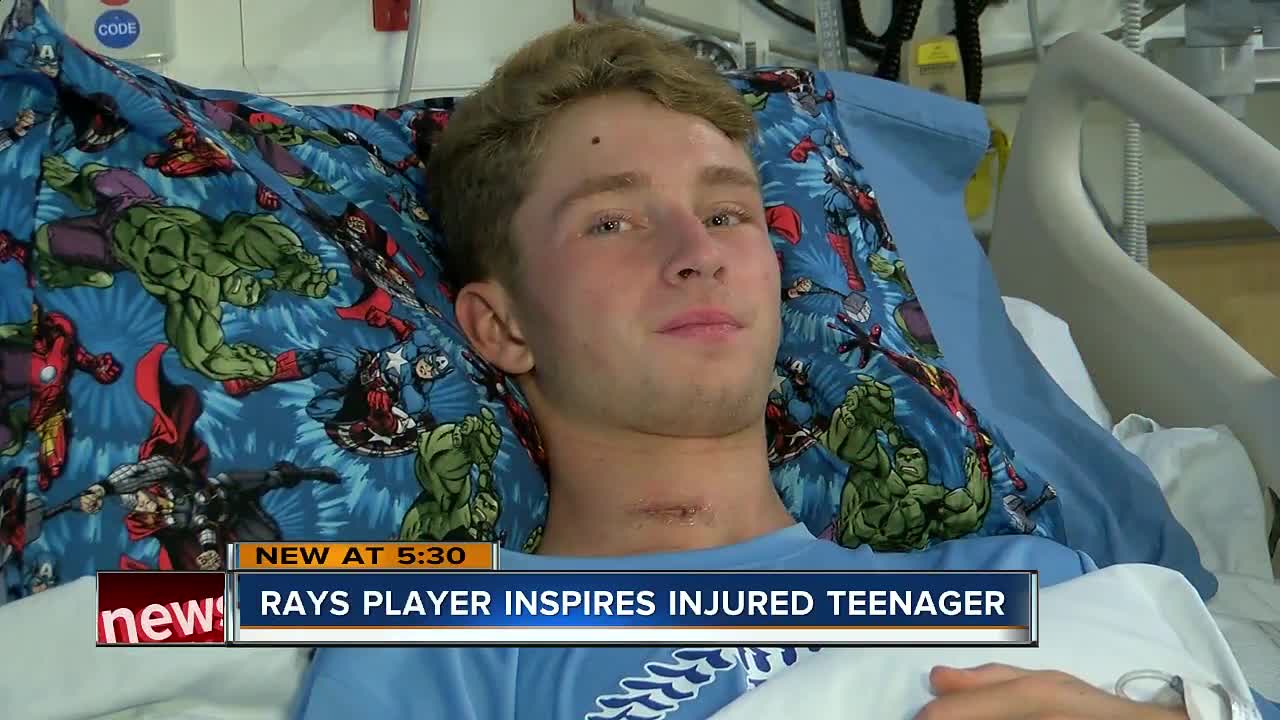 ST. PETERSBURG, Fla. — Tampa Bay Rays infielder Daniel Robertson hit a walk-off grand slam Sunday, but it is what he did after the game that is even more noteworthy.

According to the Facebook page "Prayers for Joey", barely 90 minutes after the game ended, Robertson was at Johns Hopkins All Children's Hospital in St. Pete.

Johnston Jr. is a sophomore at Alonso High School in Tampa and fractured his spine and broke his neck earlier this month, leaving him hospitalized.

Doctors aren't sure if he will walk again.

Robertson told the Washington Post it was something he would never forget, and that it was a pretty special moment.

"I did that for you, bud," Robertson told Johnston.

Family said that Robertson gave Joey a pair of batting gloves and promised to stay in touch with him.

“There will be some rough days, but you have to have a foundation to rely on. I think deep down, he’s got that now. He’s got something in his mind to work for and he knows people are rooting for him,” said Joey’s father, also named Joey Johnston.

In the Facebook post, Joey's family said Robertson could not have been more nice and heartfelt in expressing to Joey the need for determination, persistence and spirituality.

But it didn’t end with the grand slam. Monday against the Yankees, Robertson hit another homer. This time he was wearing "Prayers for Joey" bracelet.

You can see him showing the bracelet off after he crosses home plate.

“That touches my heart to have him care and reach out to me and show support,” Joey said.

Joey says he had trouble picking which of the Rays players was his favorite, but not anymore.

The “Prayers for Joey” bracelets and t-shirts are available here.

There is also a GoFundMe page set up to help with medical expenses here.