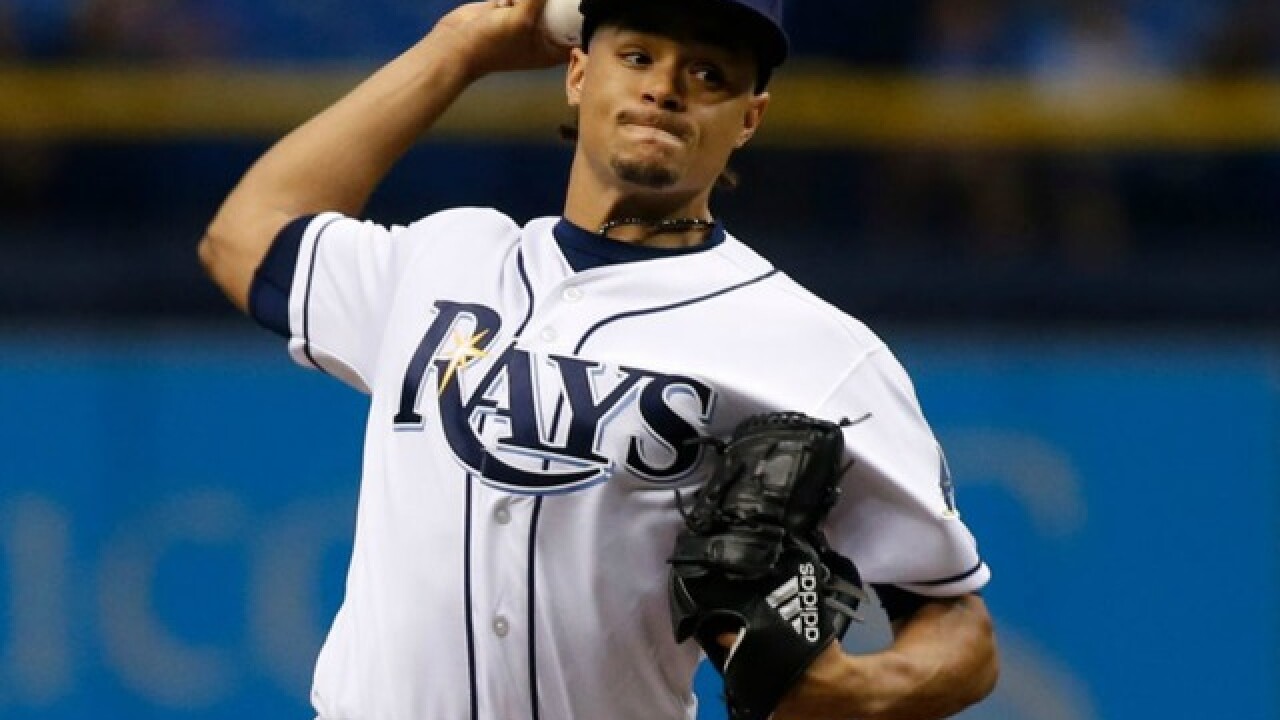 Image copyright 2017 Getty Images. All rights reserved. This material may not be published, broadcast, rewritten, or redistributed.
Brian Blanco/Getty Image
<p>ST. PETERSBURG, FL: Chris Archer of the Tampa Bay Rays pitches during the first inning of a game against the Toronto Blue Jays on May 5, 2017 at Tropicana Field in St. Petersburg, Florida.</p>

The move came less than an hour before the trade deadline Tuesday and only minutes after Wilson Ramos was shipped to Philadelphia.

Archer has been with Tampa Bay for the entirety of his career, with an ERA of 3.69 in that time.

Also included in the deal is outfielder Austin Meadows. Meadows is just 23 years old and made his MLB debut for Pittsburgh in May.

Since getting called up, he is hitting .292 with five home runs and 13 RBI.

The third piece in the deal is reportedly a player to be named later.