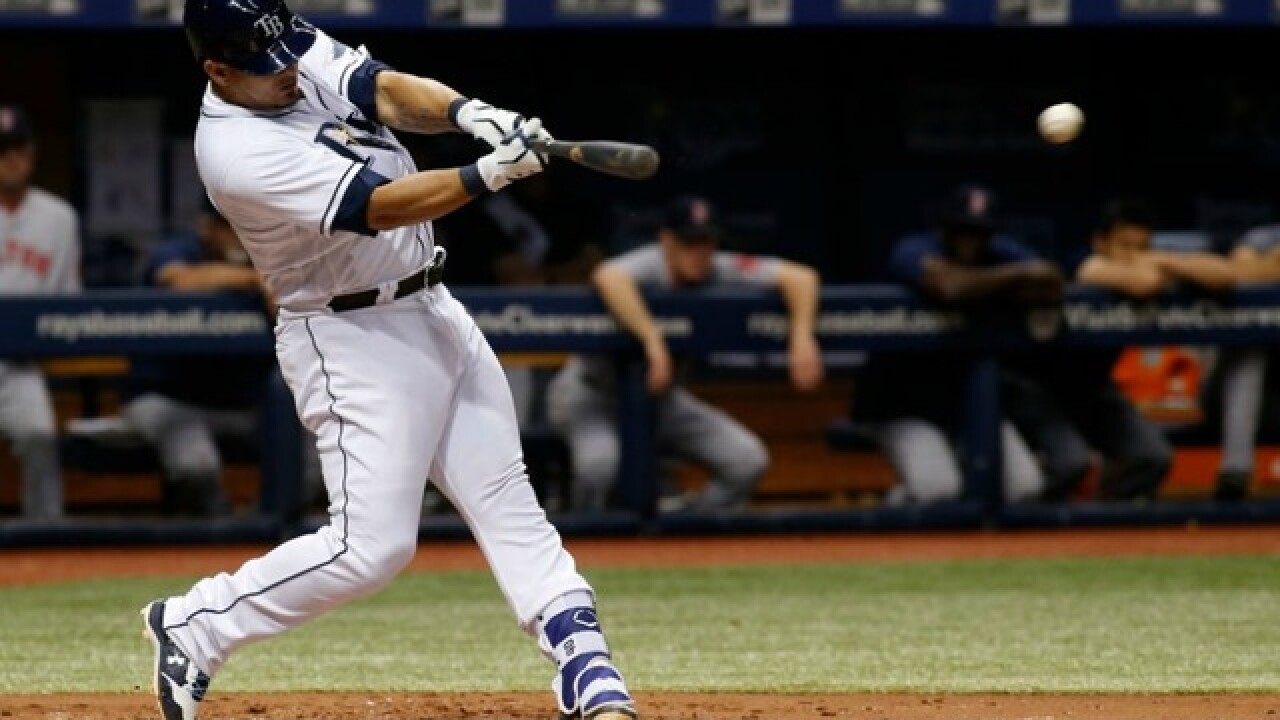 Image copyright 2017 Getty Images. All rights reserved. This material may not be published, broadcast, rewritten, or redistributed.
Brian Blanco/Getty Images
<p>ST. PETERSBURG, FL: Wilson Ramos of the Tampa Bay Rays hits an RBI double to score Logan Morrison during the fourth inning of a game against the Boston Red Sox on July 6, 2017 at Tropicana Field in St. Petersburg, Florida.</p>

The move came a little more than an hour before the trade deadline.

We've traded C Wilson Ramos to Philadelphia in exchange for a player to be named or cash considerations.

Ramos was the Rays team leader in RBI with 53 and sported a .297 batting average before going down with a hamstring injury.

Ramos will be a free agent this offseason, as he finishes up the two-year, $12.5 million deal he signed before the 2017 season.

The Rays have only said they are getting a player to be named later or cash in exchange for the catcher.

With the 4:00 deadline quickly approaching, there is no word on whether or not Chris Archer will be with the team come Wednesday.