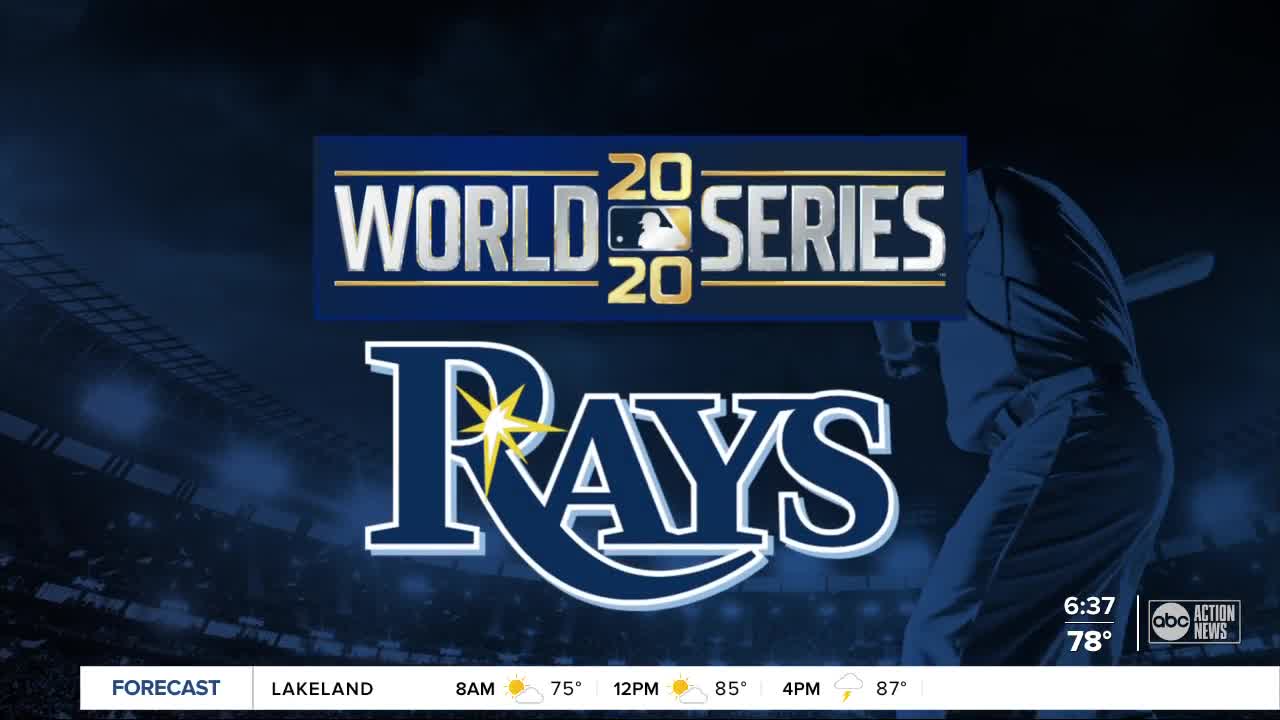 The Los Angeles Dodgers have spent $3.69 billion in player payroll over 32 seasons trying to win another World Series. Story; https://bit.ly/37GYOMB 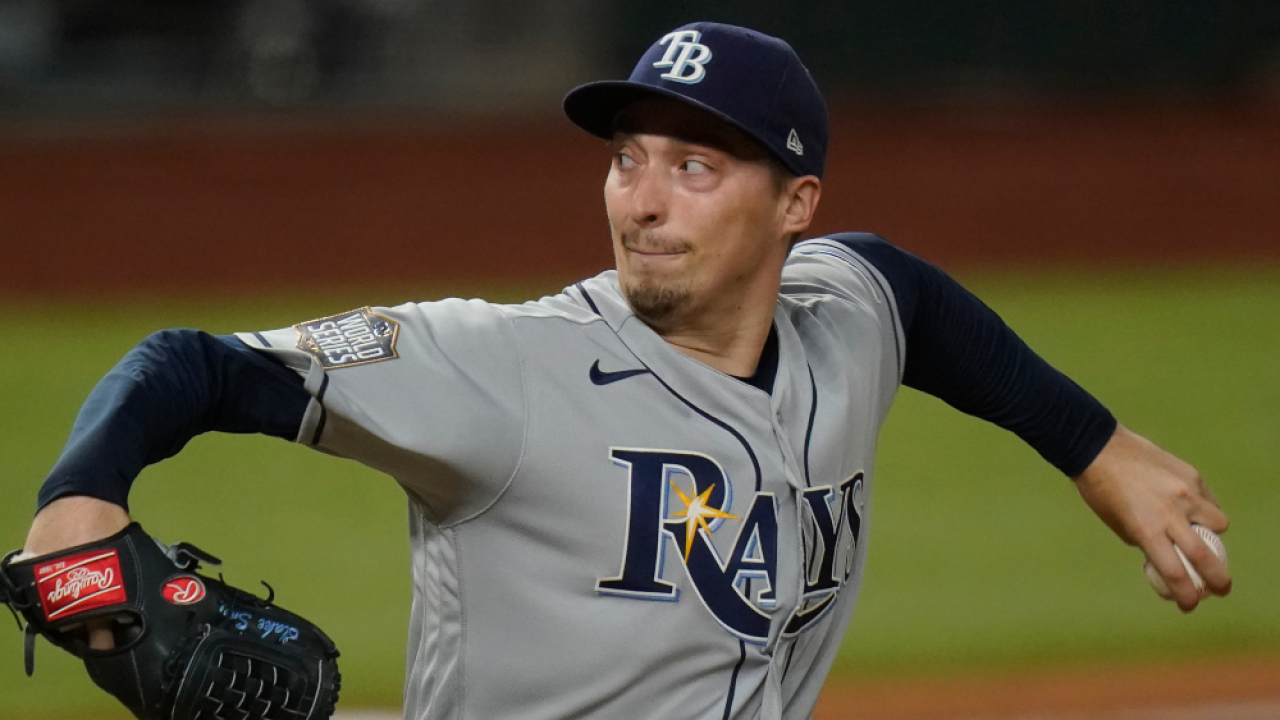 ARLINGTON, Texas (AP) — Since Orel Hershiser struck out Oakland’s Tony Phillips for the final out of the 1988 World Series, the Los Angeles Dodgers have played 5,014 regular-season games and 113 more in the postseason in pursuit of their next title. They have spent $3.69 billion in player payroll over 32 seasons.

One more win and that elusive seventh championship will be theirs.

“I think it’s going to be really welcoming to the players, this generation,” Hershiser said Monday, a day before the Dodgers take a 3-2 World Series lead into Game 6 against the Tampa Bay Rays. “It’s definitely a generational win for this group of guys and I’m thinking of the Kenley Jansens, the Clayton Kershaws, the Justin Turners, the guys that have been here through all the division titles.”

Kershaw got his second win of the Series on Sunday, and Tony Gonsolin starts Tuesday against the Rays’ Blake Snell. The rookie right-hander hopes to keep the World Series from reaching a Game 7 for the fourth time in five years.

If Tampa Bay manages to win, Walker Buehler would start Game 7 for the Dodgers on Wednesday and Charlie Morton for the Rays in the finale of the first neutral-site Series.

Gonsolin was used as an opener in Game 2, allowing Brandon Lowe’s first-inning homer, lasting just four outs and taking the loss as the Rays won 6-4. Dodgers manager Dave Roberts said he views the 25-year-old right-hander as a traditional starter this time through and hopes for five or six innings from him.

“It’s mostly an eye test because he’s shown that when he’s rolling, he gets lefties, righties out. When he’s not, you can see that he’s not on point,” Roberts said. “I think for me, it’s just let Tony go until he’s not being as effective as we feel he should be.”

Rays manager Kevin Cash said he plans on formulating his lineup to guard against a short outing by Gonsolin followed by righty-lefty switches. He hopes Snell pitches aggressively.

“We just haven’t done a good enough job of establishing that we’re going to get outs within the zone early in the count,” he said. “But the Dodgers do a tremendous job of seeing pitches, getting deep in the count, pretty fearless with hitting with two strikes.”

Mookie Betts is 5 for 22 (.227) but has sparked the Dodgers with superior defense and four stolen bases — three shy of Lou Brock’s Series record After beating the Dodgers with Boston in the 2018 Series, Betts was acquired by Los Angeles in a trade last February and signed a $365 million contract through 2032.

“We got a steal,” Roberts said. “And I’m just so grateful that the deal was done because it’s not only helping us this year, it’s going to help us for the next wave of young players and really enhance what we have as a culture going forward. And it’s going to affect players that haven’t been drafted by the Dodgers yet.”

Tampa Bay won its first division title since 2010 and is in the Series for the second time, following a five-game loss to Philadelphia in 2008. The Rays and Cash have impressed Roberts with their relentlessness, evidenced by their ninth-inning rally to win Game 4.

“They play the game the right way. They’re grinders,” Roberts said. “He balances analytics with just watching his players. He trust his players. His players are kind of very unselfish.”

The Dodgers have won a record 24 NL pennants, half since leaving Brooklyn for Los Angeles after the 1957 season, but are sixth in World Series titles behind the New York Yankees (27), St. Louis Cardinals (11), Boston Red Sox and Philadelphia/Oakland Athletics (nine apiece) and New York/San Francisco Giants (eight).

Kershaw made his Dodgers debut in 2008 and has helped them win eight straight NL West titles and NL pennants in 2017, ’18 and this year. Jansen has been with Los Angeles since 2010, Turner, Joc Pederson and Pedro Baez since 2014, Corey Seager, and Kiké Hernández and Alex Wood since 2015.

A model of stability under the O’Malley family for nearly a half century starting in 1950, the Dodgers were sold to the Fox division of Rupert Murdoch’s News Corp. in 1998, then to Frank McCourt in 2004 and to Guggenheim Baseball Management in 2012. An ownership group led by Mark Walter includes former Lakers star Magic Johnson, women’s tennis champion Billie Jean King and entertainment executive Peter Guber.

Los Angeles lost to Houston in a seven-game Series in 2017, and then was eliminated by Boston in five games the following year.

Hershiser, the 1988 World Series MVP, says each time the postseason is lengthened it adds another level of uncertainty to the competition.

“It’s going to be a culmination of a lot of things because there’s so much buildup with the fan base and with the organization and with the players,” said Hershiser, now a broadcaster for the Dodgers’ Spectrum SportsNet LA network. “Even if it was won in ’17, it would’ve been a long time. I think it’s very hard as far as the playoffs are concerned. In no way was the ’88 Dodger team supposed to win against the mighty Mets and against the Bash Brother Oakland A’s. So sometimes maybe the best team on paper and talent on the field doesn’t always win.”

Eleven of the last 14 teams that trailed going into Game 6, and then forced a Game 7, went on to win the World Series.

A year ago, the 6-foot-5 right-hander from Oregon with the unusual delivery — part sidearm, part submarine — was a substitute teacher and sometimes working with his mother overseeing a Wii dance club.

“I was just trying to make as much money as I could so I could afford training, and I was in Triple-A,” Thompson said Monday. “The minor league life is not easy. When I had my surgery, you know, everything was up in the air.”

Thompson, who had Tommy John surgery in 2018, made his big league debut this season when he appeared in 25 regular-season games. He has a 1.93 ERA in nine postseason appearances, including 2 2/3 scoreless innings in this World Series.

His family didn’t get to see him pitch in the regular season, which Thompson said was a struggle since he was not able to share those moments. They have been at some postseason games, including the World Series, though they can’t see each other after games with players in MLB’s bubbled postseason environment because of concerns after the coronavirus delayed and shortened the regular season.

When Max Muncy hit a no-doubt homer in the fifth inning of Game 5, he became the ninth different Dodgers player to go deep in this World Series.

That broke the record of eight different Oakland players who homered for the Athletics in a Series sweep of San Francisco in 1989. Los Angeles had tied the mark three innings before Muncy when Joc Pederson went deep.

Shortstop Corey Seager and third baseman Justin Turner both have two homers in this Fall Classic for LA. The rest of the Dodgers homers vs. the Rays have come from Mookie Betts, Cody Bellinger, Chris Taylor, Austin Barnes and Will Smith.

A run has been scored in the top half of the first inning in the last four games. That hadn’t happened since the 1932 World Series, when the New York Yankees swept the Chicago Cubs during the Series where Babe Ruth called his home run shot. ... Muncy has walked 20 times, matching Gary Sheffield in 1997 for the second-most in postseason history. Barry Bonds got a record 27 free passes in 2002.