Oliu has been blind since birth 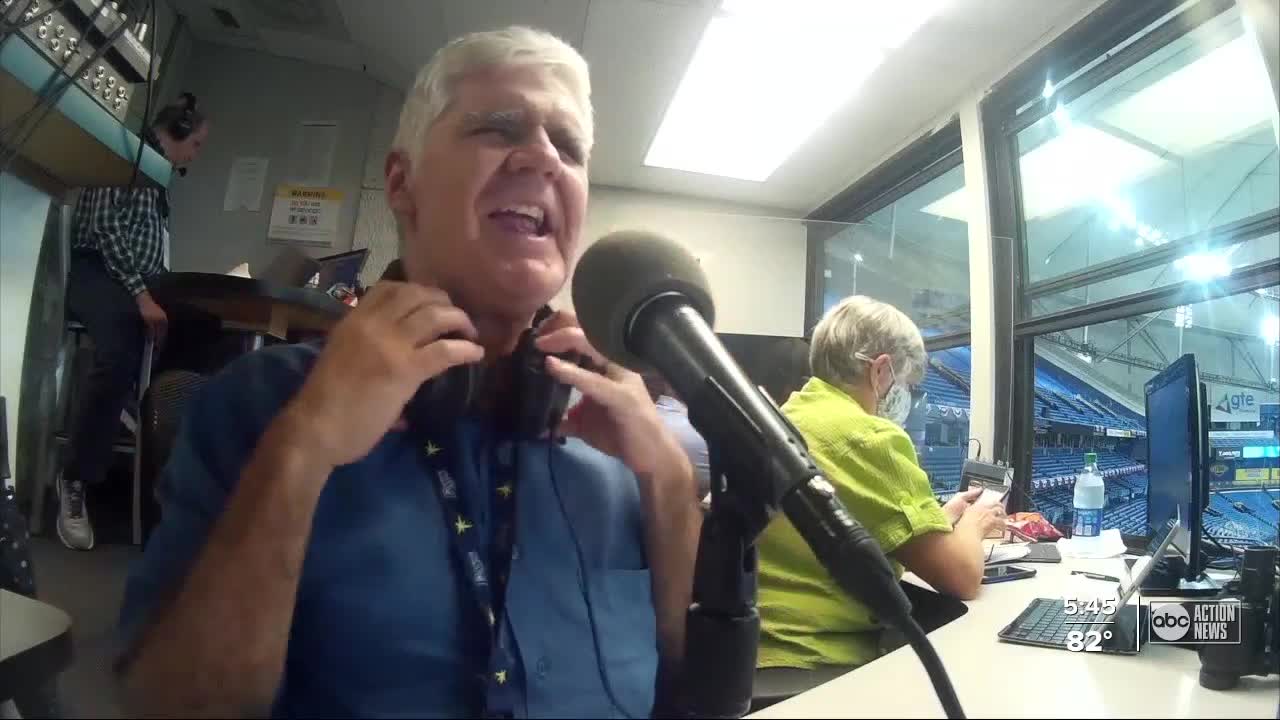 Spanish-language broadcaster Enrique Oliu has been with the Tampa Bay Rays since their inaugural first pitch in 1998. But, he has never seen a game. 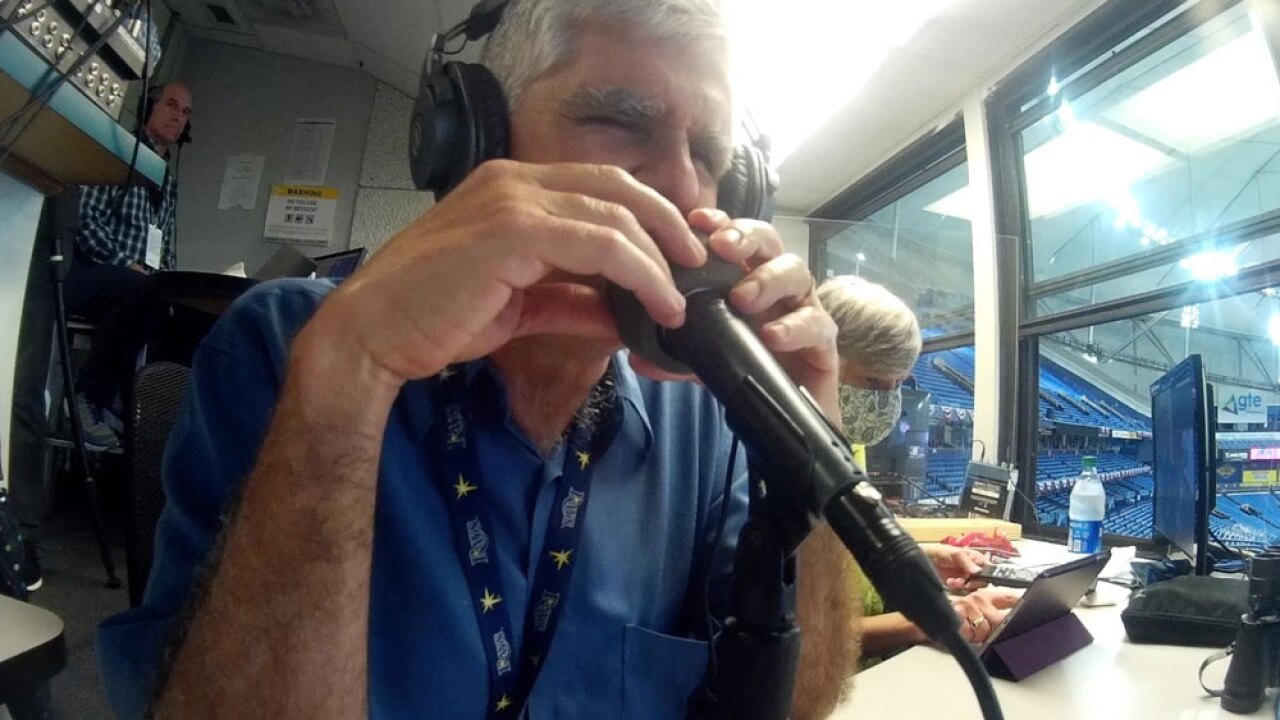 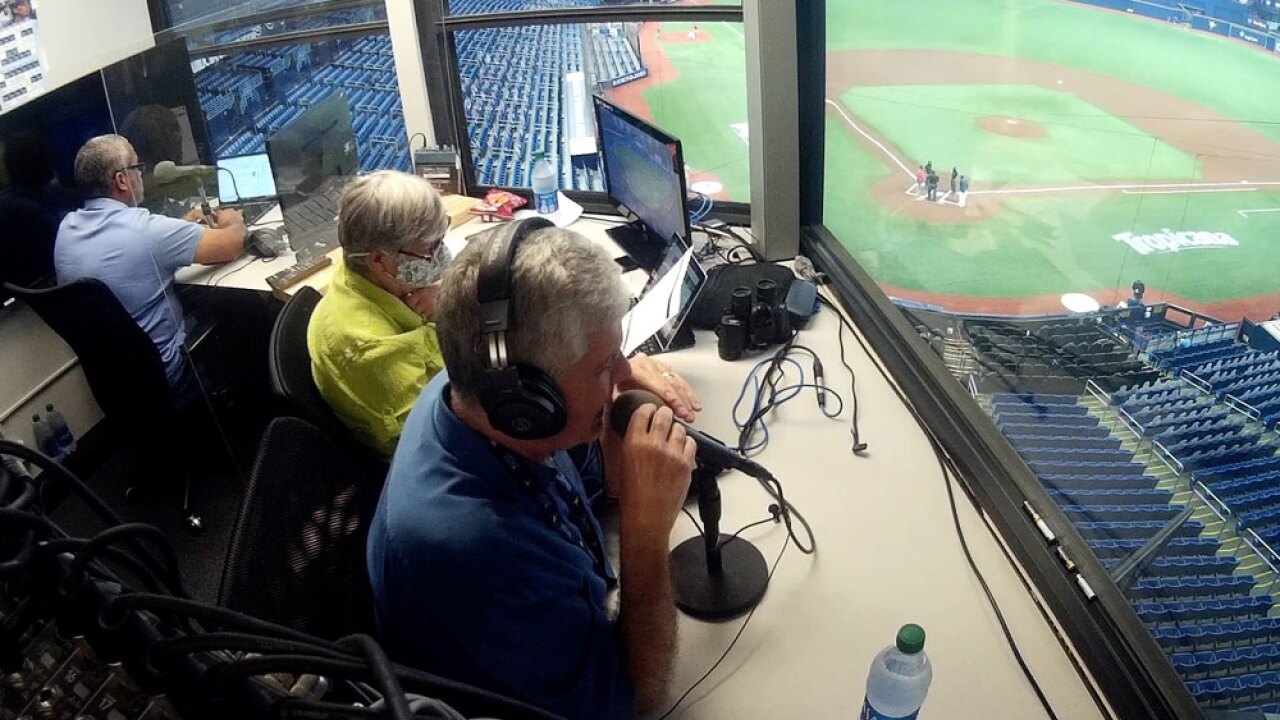 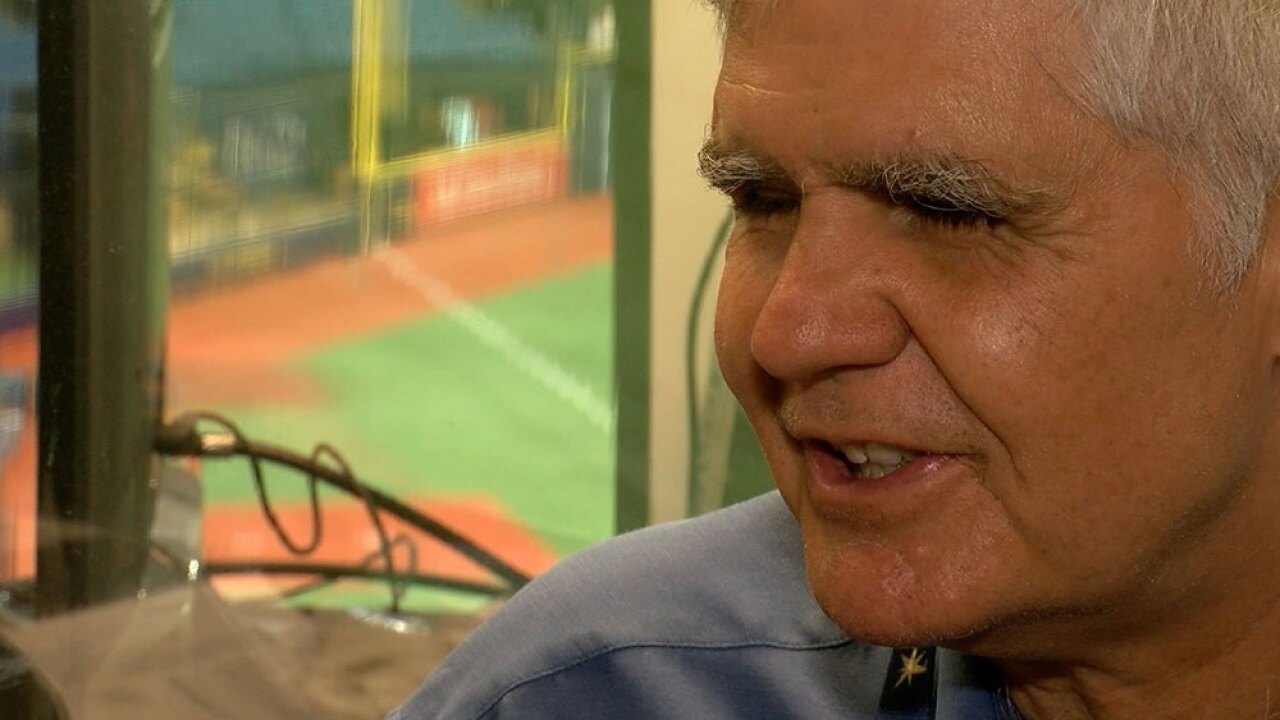 He’s been with the Rays since their inaugural first pitch in 1998. But, he has never seen a game.

“I can see light,” Oliu said. “I can see contrast of shadows. That’s about it.”

He’s been blind since birth.

“I’ve played it enough, I’ve touched it enough,” he said. “One thing about going through the blind school in St. Augustine, for P.E., we played every game there was, adaptive for sure.”

Oliu came to the United States from Nicaragua when he was 10 years old for a better education at the Florida School for the Deaf and the Blind, but that love of radio came many years before.

Baseball has a symphony of sounds. During a pandemic, he can’t rely on the crowd noise to do his job. This season, he’s had to adjust more than anyone.

“It’s kind of hard. The energy level is kind of hard. you don’t have the expectation of the crowd. it’s pretty hard. The home runs, sometimes you get a big drive because you hear it off the bat. A lot of times, the home runs that just go over the wall they trick you,” Oliu said. “You think they’re going to be caught at the warning track or something. It’s hard to get emotional because you don’t know if the home run is there until it is there.”

“Sometimes you get the sounds,” he said. “Our team is in Yankee Stadium, they still do the strikeout whistle of the opposition. You get the fog horn here when the home run happens.”

He knows some players just by the crack of the bat.

“Yandy (Diaz). Yandy is the guy that really explodes.”

Oliu gets some help in the booth from his very understanding wife Debbie Perry, who he met two decades ago on a blind date.

“We went to the Lightning (game) against the Chicago Blackhawks.”

Did you they win?

“No, Tony Almonte stuck it in in overtime.”

Prior to the game, Debbie goes over the lineups for both teams so he can picture the players on the field.

Oliu, an encyclopedia of baseball knowledge, adding color while broadcasting in the dark.

“People would say ‘you can’t do things on the radio,’” Perry said. “He just never gave up and fought his way through. He’s living a dream and anyone can live a dream."