Sharon Greene purchased nine fan cutouts, including one for her late husband 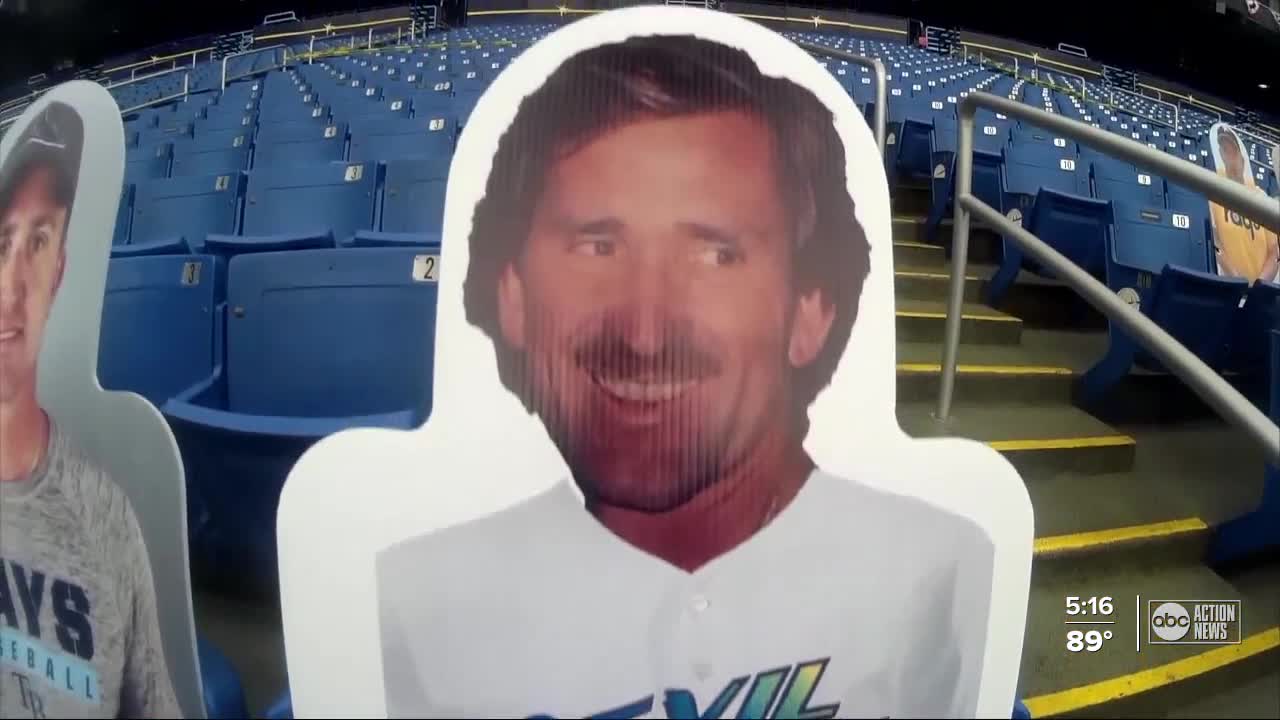 The Rays are using fan cutouts to occupy empty seats at Tropicana Field during the COVID-19 pandemic. But for some fans, it's more of a symbolic gesture. 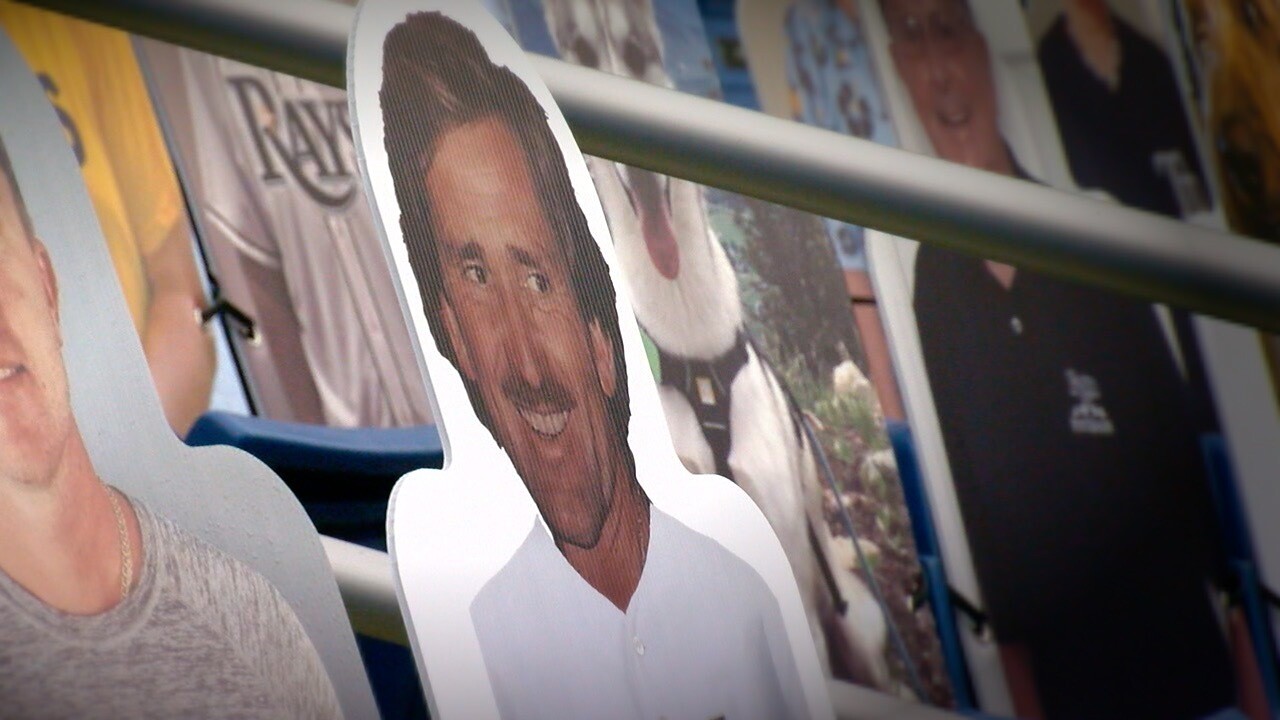 ST. PETERSBURG, Fla. — The Tampa Bay Rays are one of many Major League Baseball teams using cutouts of fans to occupy empty stadium seats during the COVID-19 pandemic.

There are many faces in the crowd at Tropicana Field, from young fans to old ones.

“I heard some people even have their dogs (on a cutout),” Rays fan Sharon Greene said. “It’s a great program. It’s fun.”

Greene has been a season ticket holder from the start of Rays baseball coming to the Tampa Bay area.

Section 117 is where you’ll find Greene’s group of nine cutouts.

“I’ve never missed an Opening Day until I changed jobs in 2011 and had to work,” Greene said. “Broke my heart.”

When the Rays offered up the cutouts to improve the gameday atmosphere, for Greene it was a no-brainer.

“Oh yeah, we’re doing that. You know what? I should get John there,” Greene said. “He has been gone longer than he was able to watch the rays. He’s back watching his Rays, which is really cool.”

Her late-husband fought cancer for three years, before passing away in 2006.

“The year before he died, he and I went to every game,” Greene said. “We didn’t admit we knew, but we knew it was probably his last season.”

John was a die-hard baseball fan — a New York Yankees fan at that. But, when he got season tickets at ‘The Trop,’ that all changed.

“He converted and he tried to convert everyone he talked to,” Greene said. “If you were rooting for the Yankees or Red Sox, he was like ‘no, you live here. You live here. You root for the Rays.’”

Now, he’ll root for the Rays from the best seat in the house.

“I think he’s watching anyway from up above.”