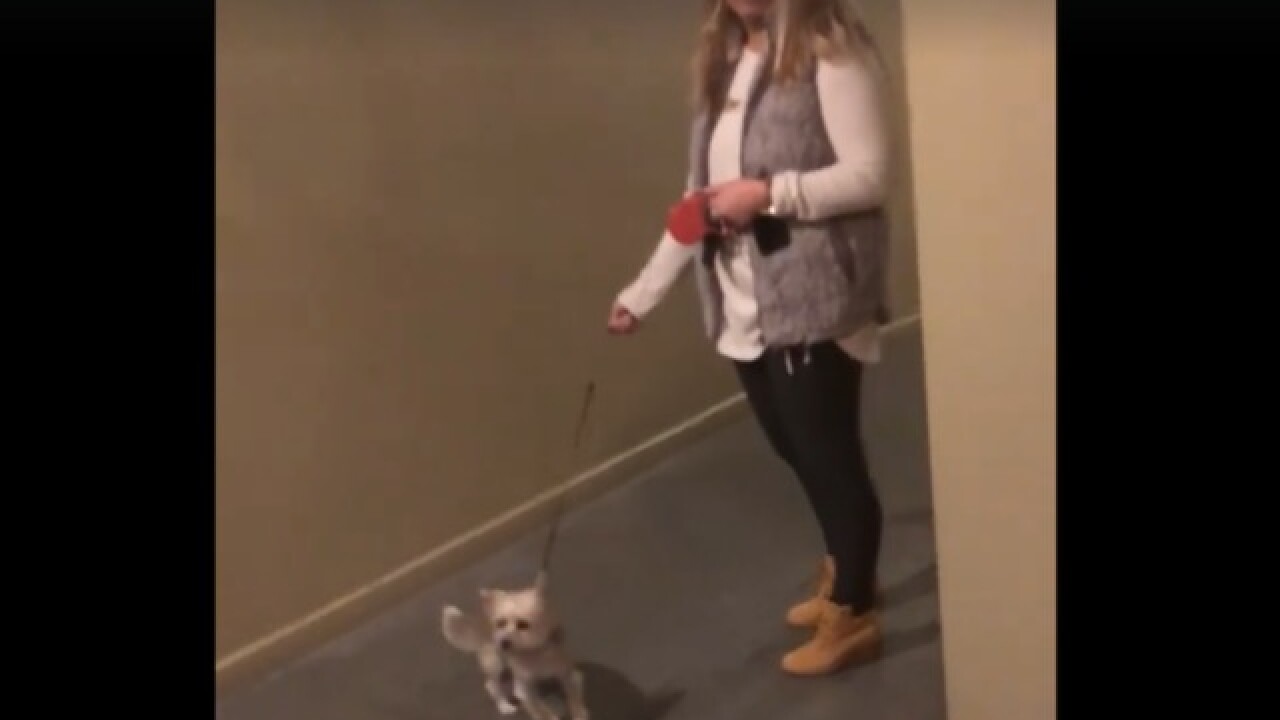 Copyright 2018 Scripps Media, Inc. All rights reserved. This material may not be published, broadcast, rewritten, or redistributed.
Facebook/D'Arreion Toles
<p>D'Arreion Toles just wanted to enter his apartment building in St. Louis on Friday, October 13. Instead, Toles was confronted by Hilary Brook Mueller, who lives in the same building he does — and she refused to let him in.</p>

D'Arreion Toles just wanted to enter his apartment building in St. Louis on Friday, October 12. Instead, Toles was confronted by a white woman who lives in the same building he does — and she refused to let him in.

In a Facebook video that has since gone viral, Toles can be seen trying to enter what he calls a "Downtown St. Louis luxury loft" and is subsequently blocked by a neighbor "because she don’t feel that I belong," he said in his social media post shared early Saturday.

The exchange is heated as Toles tries to enter the building and tells the woman, identified as Hilary Brooke Mueller by The New York Times, that she is blocking him.

After attempting to block him and telling him "no", Mueller eventually follows Toles, a black man, as he makes his way to his apartment.

Here is part of their exchange:

Toles: "You're blocking me."

Mueller: "Into my building."

Toles: "It's my building as well. I need you to get out of my way."

Toles: "I don't need to tell you that information."

Toles: "You can be uncomfortable. That's your discretion. You're uncomfortable because of you. I need you to move out of my way please."

Toles: "You just followed me all the way to my door. And you see my keys in the door."

Mueller: "As a record, I just want to say hi, what is your name?"

Toles: "Have a good night ma'am. Don't ever do that again. You look pretty stupid on video. Have a nice night. My name is Mr. Toles."

Mueller reportedly called the police on Toles after the incident. No report was written, according to KSDK.

Since the video has gone viral on social media, Mueller has been fired from Tribeca-STL, the luxury apartment company for which she worked.

“The Tribeca-STL family is a minority-owned company that consists of employees and residents from many racial backgrounds. We are proud of this fact and do not and never will stand for racism or racial profiling at our company,” the company said in a statement.

This is the latest in a series of videos that have gone viral because they depict white people calling the cops on black people for innocuous reasons. Other examples include the woman who called police on a black boy after incorrectly assuming he groped her and the woman who threatened to call the cops on an 8-year-old black girl selling water.

Susan Gonzalez is a digital producer and reporter for the E.W. Scripps national team. You can follow her on Twitter @TheNewsan.