'Cornerstore Caroline': A woman called police on a boy after she thought he groped her. He didn't 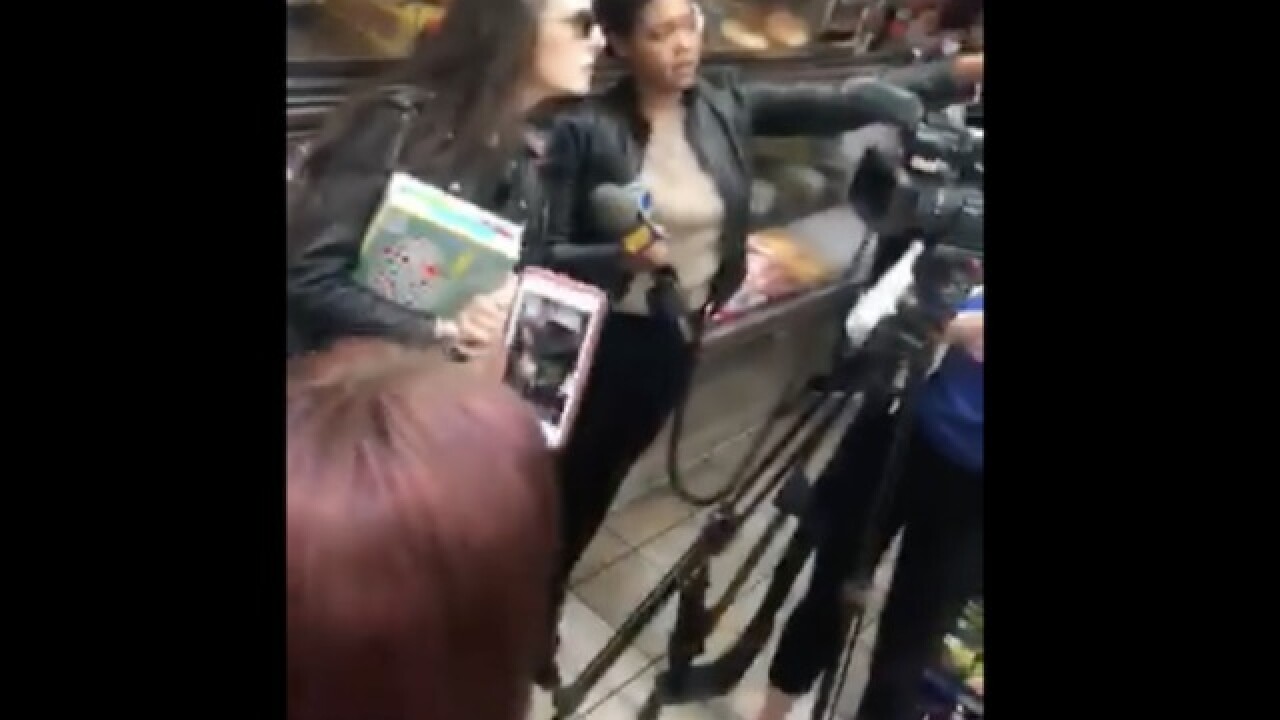 Copyright 2018 Scripps Media, Inc. All rights reserved. This material may not be published, broadcast, rewritten, or redistributed.
Facebook/Screenshot
<p>A white woman derisively labeled "Cornerstore Caroline" on social media has apologized after video of her appearing to call New York police to say a 9-year-old black boy grabbed her behind was posted online.</p>

A white woman derisively labeled "Cornerstore Caroline" on social media has apologized after video of her appearing to call New York police to say a 9-year-old black boy grabbed her behind was posted online.

"Young man, I don't know your name, but I'm sorry," the woman told TV reporters this week after watching surveillance footage that showed the child's backpack brushing up against her backside -- his hands in plain sight -- as she leaned over a Brooklyn deli counter.

Before Friday's mea culpa, however, Teresa Klein was widely ridiculed on social media after a viral video of the incident became the latest example of whites calling the police on blacks over seemingly trivial reasons.

The episode began Wednesday when Klein appeared to be calling the police on cellphone video captured by a Brooklynite who posted it to Facebook with the message, "Make this go viral. Meet Cornerstore Caroline."

"I was just sexually assaulted by a child," Klein said on the video, appearing to be on the phone with a 911 operator.

The boy, wearing an oversized blue backpack, and a girl who appears younger than he is burst into tears.

"Don't cry, little man," the man who posted the video, Jason Littlejohn, tells the boy. "Cornerstore Caroline. We have a new one."

Onlookers, some recording on cellphones, quickly came to the child's defense outside the deli in the racially mixed Flatbush neighborhood.

"The son grabbed my ass, and she decided to yell at me," Klein says in the video, referring to the child's mother.

After Klein appeared to complete her call, another white woman confronted her.

"What is your problem?" the woman told Klein. "I'm calling you out. You're calling the police on a child. Go away!"

The incident was the latest in a national conversation about white people increasingly calling the police on black people who are going about their everyday lives, including waiting in Starbucks, working as a home inspector, shopping at Nordstrom Rack, sleeping in an Ivy League dorm common room and barbecuing in a public park.

Klein returned to the Sahara Deli Market on Friday and watched surveillance video on a screen near the counter where she said she was groped.

Surrounded by heckling neighbors -- some recording on cellphones -- Klein looked up at a mounted screen, where the surveillance footage showed the boy walking behind her and his backpack appearing to brush her backside.

"The child accidentally brushed against me," Klein admitted to local reporters before apologizing.

A bearded black man with a Caribbean lilt said, "Apology. That's all we get, man. We're tired of getting disrespected and get an apology. Apology doesn't solve people's problems."

He told another man, "If it was you, you would have been incarcerated right now."

Klein told reporters that she has been threatened since the appearance of the video on Facebook -- which had been viewed 5.6 million times by Saturday afternoon.

"I understand how it looks, but she escalated it and then I lost my temper at her, not at that child," Klein told CNN affiliate WPIX, referring to the boy's mother.

New York police said the department received no 911 calls or complaints about Wednesday's incident from the deli or a woman.