Castano Family
Castano Family
<p>Kokito, pictured in an undated handout photo, died on a United Airlines flight on March 12, 2018, after being placed in an overhead bin.</p>

Beginning next month, United Airlines said it will issue brightly colored tags to customers traveling with animals so flight attendants can easily recognize the pets, following the death of a puppy in an overhead bin this week.

The company made the announcement as part of a statement Wednesday in which it also accepted "full responsibility" for the dog's death, for which it's "deeply sorry."

"We have learned that the customer did tell the flight attendant that there was a dog in the carrier. However, our flight attendant did not hear or understand her, and did not knowingly place the dog in the overhead bin," according to the statement. "To prevent this from happening again, by April we will issue bright colored bag tags to customers traveling with in-cabin pets." 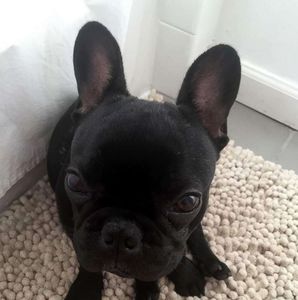 The mother and daughter whose 10-month-old puppy, Kokito, died in the overhead compartment of their Houston-to-New York flight disputed the employee's claims, alleging that she knowingly placed the dog in the bin.

"The flight attendant came, and she was like, 'You have to put him up there because it's going to block the path,'" 11-year-old Sophia Ceballos told ABC News, speaking on behalf of her mother, Catalina Robledo, who isn't fluent in English.

"In the end," Sophia continued, "she says she didn't know it was a dog, but she actually touched the bag and felt him there. She's basically lying to us now."

The family’s story prompted responses from multiple animal rights groups including People for the Ethical Treatment of Animals, which said the United flight attendant should be fired and charged with animal cruelty.

The dog's death also garnered a response from Sen. John Kennedy, R-La., who said he sent a letter to United's president, Scott Kirby, "demanding an immediate explanation for the number of animals who have died recently in United Airlines' care."

I will be filing a bill tomorrow that will prohibit airlines from putting animals in overhead bins. Violators will face significant fines. Pets are family.

"This pattern of animal deaths and injuries is simply inexcusable," the letter read. "For many people, pets are members of the family. They should not be treated like insignificant cargo. Frankly, they shouldn't be placed in the cargo hold much less an overhead bin.”

RELATED: Of all US airlines, United has the highest rate of pet deaths

Kennedy said he plans to file a bill on Thursday that would prohibit airlines from placing animals in overhead bins.