To beat back citrus greening, Florida State researchers need to grow bacteria behind it 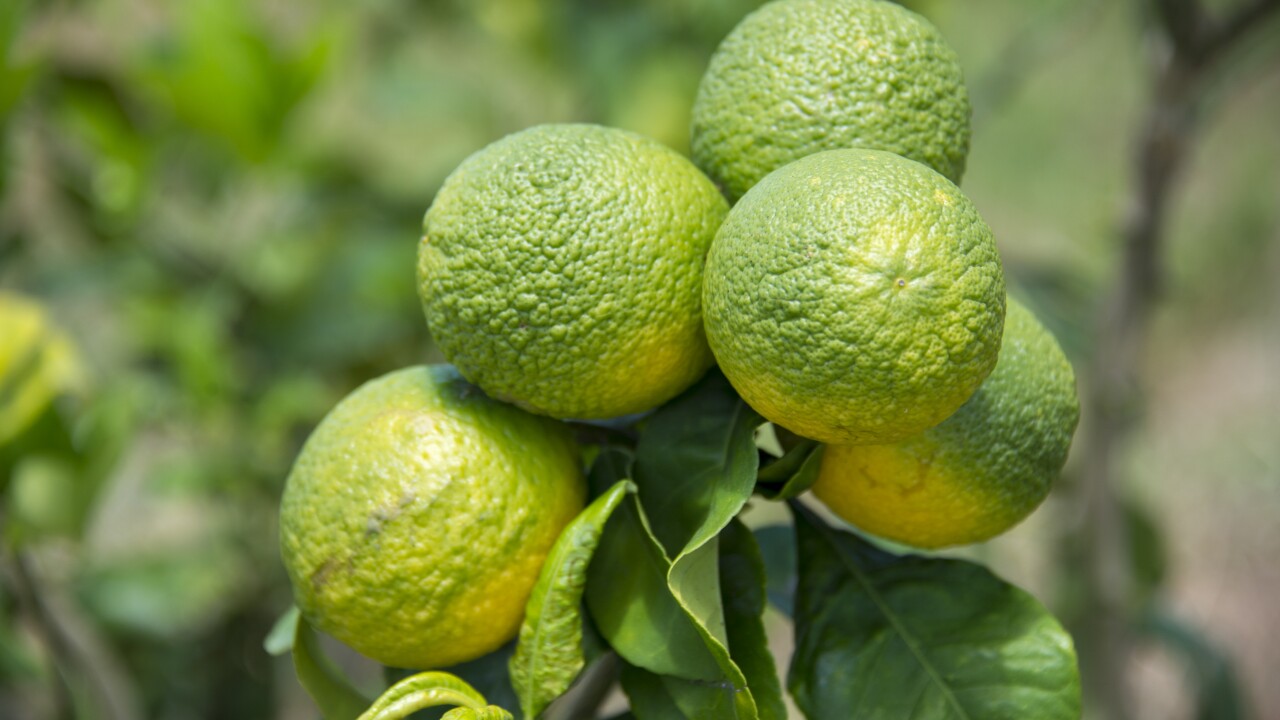 But fighting back has hit a major hurdle. Researchers first need to be able to better study the bacteria that cause it.

“Growing a bacterium by itself in culture is really important for finding out how to fight it," said Dr. Kathryn Jones, a Florida State biological science professor.

Since 2016, Dr. Jones and her team have been working with researchers at other universities trying to grow the greening bacteria in a lab. So far, it’s been impossible.

Without lab study, finding new ways to stop greening is dramatically slower at a time when it’s drastically needed.

Current measures to stop greening, like antibiotic injections, are often too costly for large growing operations. Some have been forced to destroy their groves. Meanwhile, the disease continues to spread by way of tiny insects.

“I am from Spain," said Dr. Marta Sena-Vélez, an FSU researcher working with Dr. Jones. "We don’t have it in Spain, but it’s possible eventually it arrives.”

A silver lining, the FSU team made a recent discovery that might help. When looking at a close relative of the bacteria causing greening they found it was poisoning itself during testing. The findings may shed light on what’s happening in other tests with the actual greening bacteria.

“There are lots of things to try," said Dr. Jones. "We just need more people to try them.”

Improved ways to study it and eventually stop it may be ahead. But it'll be a race against time to ensure what’s left of Florida’s once iconic crop doesn't disappear.

“It’s really upsetting to imagine Florida without oranges, without citrus," Dr. Jones said. "That’s what I think we are all hoping to avoid.”